Interview by Scott Dowd.  Entire contents copyright © Fearless Designs, Inc.  All rights reserved.
Having just completed the celebration of 75 years of making music in this city, Louisville Orchestra is now preparing for the opening of the new fall season. For nearly 25 of those years, Carla Givan Motes has been welcoming music lovers to The Kentucky Center for the Arts. Carla is currently in her twentieth season as the person in charge of ticketing and patron services for the Louisville Orchestra. Through good times and…less good times…Carla has provided Orchestra patrons the continuity and information needed to sustain their relationship with the organization. Recently Carla took some time from her busy season ticket campaign to talk about the Louisville Orchestra’s past, present and future.
SD:  News about the Louisville Orchestra over the past few years has focused primarily on two groups:  the musicians, and the board of directors/management. We haven’t heard much about the people in the office who work hard just to keep things going – people like you. How are things for you these days?
CGM:  Things are okay, actually. Now that we have the contract signed, of course, it makes things a little bit easier for everyone. With the most important piece in place, we can work toward finalizing everything. As far as the staff goes, we are a lot smaller than we were; and a lot of us are wearing a bunch of different hats.

SD:  A few years ago the Orchestra, along with a number of other groups, moved their offices into the ArtSpace building on Broadway. Has that changed anything besides your address?
CGM:  Actually, as we have reduced the size of the staff, we have also expanded our relationship with some of the other arts groups. Right now we share three major functions with one or more of them.

SD:  Who is sharing what?
CGM:  Our finance department is doing work for Kentucky Opera and StageOne. The Orchestra and Kentucky Opera also share marketing and ticketing/customer service functions.

SD:  Eliminating those redundancies should save the organizations a lot of money. But what are your challenges in getting the work done?
CGM:  It sounds like taking on three additional events for Kentucky Opera would not be that much of a challenge, but they have a very concentrated season. From September to February we are working with patrons of both organizations, and the subscription campaigns both run at the same time.

SD:  Which would be right now?
CGM:  Yes. We start in late winter and continue until just before Fanfara in September. The good news is that there is some crossover between the Orchestra and the Opera. That means patrons can call and talk to me one time. I even have a few who call here to get their Louisville Ballet tickets just because they are used to calling me.

SD:  And once you have sent out the tickets, you won’t speak to them again until next year, right?
CGM:  No, no, no. I am in touch with our patrons all the time because patrons do their exchanges through us. We handle the logistics of accommodating the need for additional tickets. Things change, people can’t make it to their regular performance, or they have friends who want to join them for a particular show – we make it all work as seamlessly as possible.

SD:  Twenty years ago everything was about the subscription. Arts organizations succeeded or failed based on the number of patrons willing to commit to a season ticket. Has that changed?
CGM:  Not really. The most important person to an arts organization is the subscriber/member. It’s the person who wants to marry us – they don’t just want to date; they want to be with us. There are not as many people who are willing to make that kind of commitment as there once were. The Orchestra has a ten-concert season, and that is a big commitment for someone. With Kentucky Opera, it’s three performances but they’re only there for a limited time. Broadway in Louisville does a run of shows over the course of a week or more, so there is more flexibility. That makes it easier for people to give that assurance.

SD:  Once upon a time the Orchestra played classics concerts on Friday and Saturday night.
CGM:  Correct. We used to package them into odd and even series: you could do Friday/Odd or Friday/Even, Saturday/Odd or Saturday/Even; you could do all Fridays or all Saturdays. We did a lot more concerts back then. Now we have Thursday morning and Friday or Saturday night. We used to do half the concerts on Friday and half on Saturday. Since it is either/or now, those decisions are based on venue and artist availability.

SD:  That’s good for the artistic quality of the performances.
CGM:  It gives us some flexibility to negotiate with artists we want to bring in for sure.

SD:  How are you packaging them now?
CGM:  We have the A-Series and the B-Series. This season we will have two classics concerts in the Brown Theatre, so one of those will be on each series. They are also designed with programming in mind.

SD:  Let’s talk about some of the concerts on the schedule for 2013-14.
CGM:  We are starting with Fanfara on September 7. Jorge Mester will conduct and Emanuel Ax is making his second appearance with the Orchestra. The concert is a little unusual in that it includes two piano concerti:  Mozart’s Piano Concerto No. 9 and Beethoven’s Third.

SD:  Mester just signed a new three-year contract. As much energy as he has, though, the Maestro can’t go on forever. Is there any thought as to a successor?
CGM:  That is an ongoing search. We are not bringing in guest conductors to audition, per se. But the search for our future music director is continuing.

SD:  The second concert of the season will feature violinist Midori playing Brahms’s concerto, along with Prokofiev’s Symphony No. 5.
CGM:  The last time Midori was here she was a teenager. I’m looking forward to seeing her again and hearing firsthand how she has matured as an artist.

SD:  Robert Moody conducts the Orchestra with pianist Markus Groh in October, and they will play one of my favorite pieces.
CGM:  Rhapsody in Blue. Gershwin is always popular with our audiences, and I am expecting a big crowd for that one. That concert also includes another audience favorite – Rachmaninoff’s Symphony No. 2.

SD:  Along with those two favorites is a piece composed in 2000 by Christopher Theofanidis called Rainbow Body. It is a beautiful piece with lots of solo work for the musicians.
CGM:  Jorge likes to show off the talent within the Orchestra as much as possible and give the musicians a chance to show what they can do. I think our audiences will find this piece very approachable as well. As a matter of fact, our concertmaster, Michael Davis, and principal horn, John Gustely, will be the soloists when Marcelo Lehninger conducts the all-Mozart concert in March 2014.

SD:  That is one of the concerts at the Brown Theatre – a really nice choice for that program as it is reminiscent of the venues in which Mozart performed these works originally.
CGM:  Exactly. I think our patrons will also enjoy having the Emerson Quartet perform the Brahm’s Double Concerto with the Orchestra later that month. The classics season concludes in April 2014 with an all-Beethoven concert.

SD:  Of course, classics aren’t all the Louisville Orchestra does. You’re also continuing with the WOW! Series.
CGM:  Yes, and for the first time in a while, we’re beginning the season with all three concerts booked. Two of the three shows are already on sale.

SD:  How are early sales?
CGM:  Great! The John Williams event that we’re doing is on sale just to Louisville Orchestra subscribers at this point. I fully expect it to sell out to subscribers.

SD:  This is a bit of a rarity. John Williams doesn’t make many appearances as a guest conductor these days.
CGM:  He doesn’t. But he and Bob Bernhardt are really good friends, so Bob was able to convince him that this would be something he would like to do.

SD:  So you think this will sell out to subscribers before September.
CGM:  Yes.

SD:  If someone reading this were to subscribe today, could they get the John Williams tickets at the same time?
CGM:  They will have their choice of the best seats available at the time.

SD:  I see you’re bringing in Natalie Merchant in November.
CGM:  Yes. She takes a long time to think about her albums, so she isn’t flooding the market. But when she releases something, it’s really worth hearing.

SD:  I love her song “Dancing Bear.” She has a way of blending traditions like klezmer and Celtic to make something completely original. She put out her album Leave Your Sleep in 2010, but that was pretty much the first since 2004.
CGM:  Between those two, we have The Music of Pink Floyd, which will be here in October. That’s going to be great because our audiences love this group every time they come here.

SD:  This is the 40th anniversary of Dark Side of the Moon.
CGM:  Yes, it’s a pretty big deal to have this concert during the anniversary. But, to answer everybody’s question:  They are not going to play only from that album, and we’re not screening The Wizard of Oz. But it will be a really cool concert.

SD:  You said this group has been here before?
CGM:  Yes, this group did the music of The Who a couple of months ago and it was great!

SD:  We mentioned Bob Bernhardt, and folks will be happy to hear that he is back as principal pops conductor.
CGM:  And he will continue to lead the NightLites series. This season he’s planning something for one of the programs called “NightLites Insights,” which will be an examination and discussion of the music for people who want to know more about what they are hearing.

SD:  A portrait of Robert Schumann is the theme for that program. He will certainly have plenty to talk about – a very interesting person as well as a great composer.
CGM:  Last year he dissected Beethoven’s Pastoral Symphony and people thought it was a very nice program.

SD:  Who is coming in for Pops this season?
CGM:  It’s going to be great! Ellis Hall is doing his tribute to Ray Charles; Audra McDonald will be here; and we will have the Canadian Brass, The Piano Men and, finally, Michael Feinstein. Based on past history, I feel confident in saying that this is going to be a very popular Pops season.

SD:  It sounds like the Louisville Orchestra is back in business.
CGM:  I think it’s too early to say we’re completely out of the woods, and I wouldn’t want to take anything for granted. But with our patrons behind us – or better yet in front of us in the audience – I think we are positioned to keep making music in Louisville for a long time to come.
For more information about Louisville Orchestra’s six series of performances and season tickets, call 502.587.8681 or go to LouisvilleOrchestra.org. 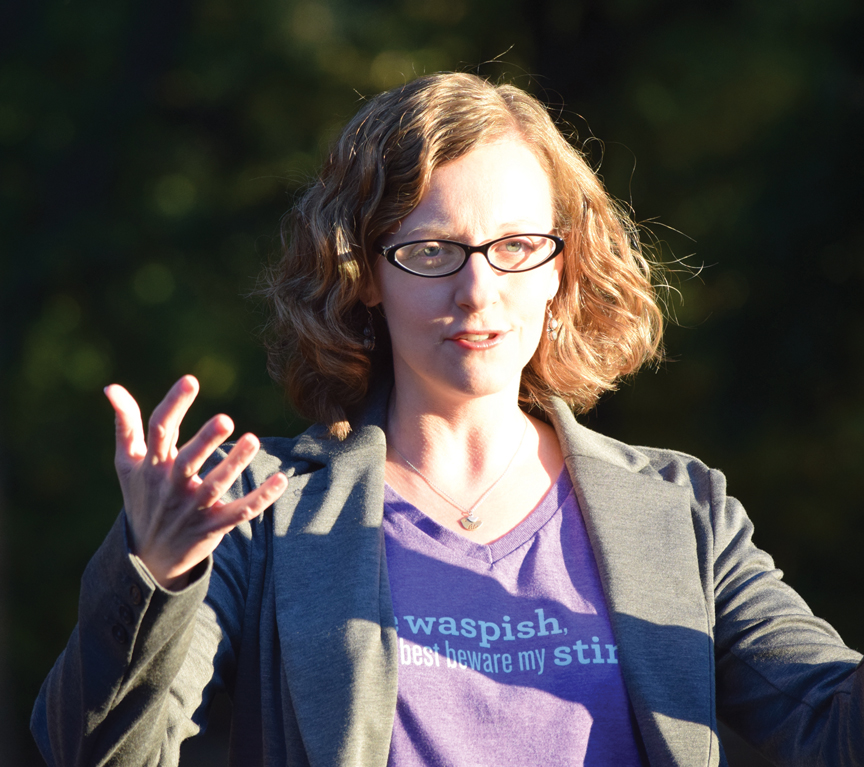 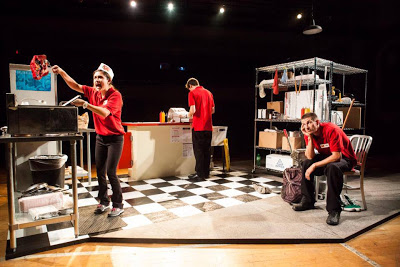 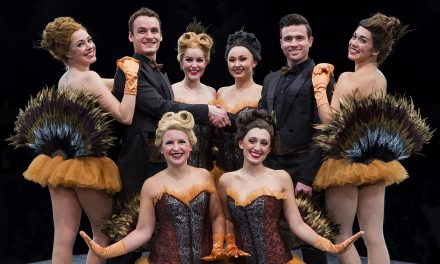