Written and performed by Melinda Beck

High school life is filled with imperfections. Melinda Beck has brought this fact to life in her one-woman show Agatha, about a teenager who is desperately trying to belong.  Agatha’s story is one of awkward encounters, chances and rejections that go along with teenage life.

Melinda Beck’s portrayal is impressive. She brings forth an idiosyncratic performance that is funny, cringe worthy, and sad. Agatha is not afraid to sing off key or blow loudly into a trumpet. She never gives up and stands up for herself which is why her rejection from several school activities is all the more heart breaking. Beck’s Agatha is fully aware of what she’s capable of and tries hard to accomplish her goals despite her shortcomings.

With Agatha as a focal point, Beck transforms into Roxanne for contrast. As Roxanne, Beck shows the harsher side of high school life that students like Agatha often face. Here, we have a narrow minded mean girl who openly judges foreign exchange students and flirts with teachers to get what she wants. For every time we smile at Agatha, there is a moment to scowl at Roxanne. As Beck removes the hat she wears as Agatha, Beck’s posture and facial expression changes as well, sometimes right in front of our very eyes.

This one-woman play is interesting simply because she is performing two parts with invisible characters around her. In scenes involving Simon, Agatha’s love interest, it’s delightful to see the young girl’s face light up as well as watching her in a quiet classroom adjust her posture on a squeaky stool. Beck’s performance reaches its strongest point near the play’s conclusion when Agatha displays a moment of self-awareness as she explains her impediments and personality quirks. It leaves a lasting impression at the play’s conclusion. 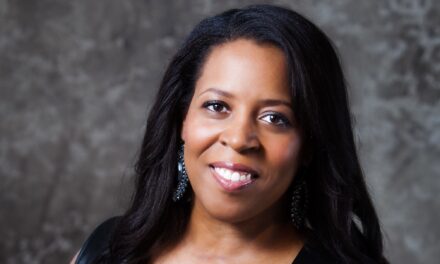