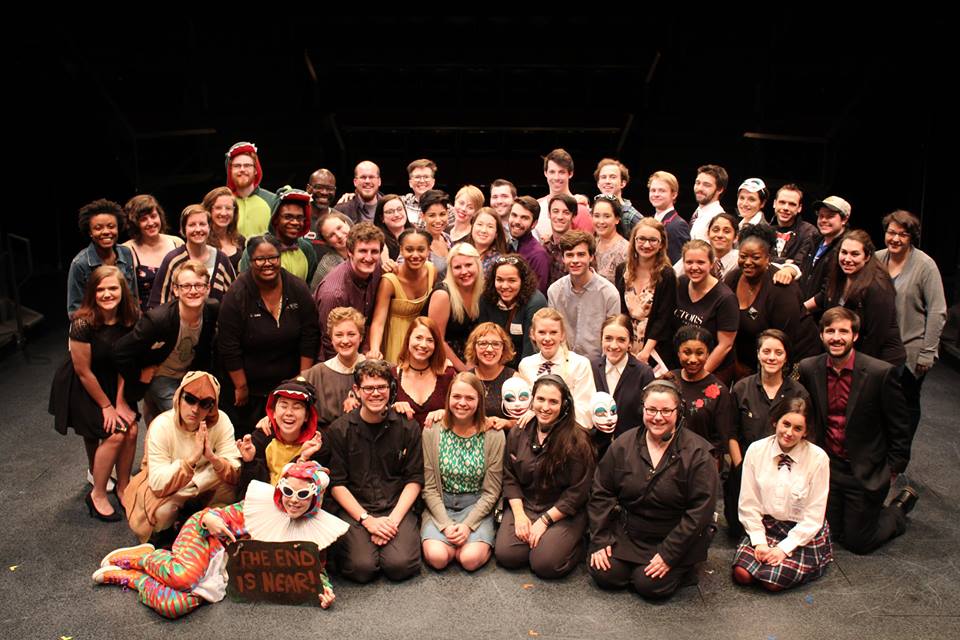 The 2017 New Voices Young Playwrights Festival was presented on Monday and Tuesday of this week in the Bingham Theatre at Actors Theatre of Louisville. The seven finalists were showcased, one from Southern Indiana, one from Lexington, and the others from various schools in Jefferson County.

The highlight of the evening for me came at the end of the first act of four plays with Carson Hardee’s (Bar)ri(e)rs. With deft and assured writing, Hardee captures many aspects of the barriers that separate us from people who are important to us. In this instance, one of the characters has become deaf and now both lip-reads and communicates with American Sign Language. An article in www.kentucky.com details Hardee’s research within the Deaf Community including inviting those who are deaf to experience a reading of the script. This diligence pays off in creating some authentic moments, for example when the hearing character, Mark, forgets that Tyler needs to see his face in order to communicate. In the ten minute span of his script Hardee also lays in the teens’ friendship since they were seven, an estrangement, and the realization that both are attracted to each other. Director, designers, and actors mostly step aside to allow Hardee’s writing to carry this elegantly structured piece. My only regret is that my ASL is not fluent enough to know what their final communication was…

In contrast the final piece of the three-show act two, Prehistoric Problems by Aiden Phillips, is unabashedly a comedy – while still making some shrewd points about otherness and the peril of the earth. Costumed in almost Flintstone-like outfits, the two Dad stegasaurai and the T-Rex teen son, create a delightfully anthropomorphic family that we would recognize today. Phillips hits the laughs effectively, and the mostly-teen audience clearly appreciated Trevorasaurus’ teen dilemmas. With the exception of a decidedly oddball Lindasaurus, no creature believes in the meteor until it actually arrives. Lights to red – Blackout. Definitely a metaphor for today.

Earlier in the evening, Jordan Maloyed’s Not Another Cliché delivers a Shero determined to take control of her destiny. Sara is in no way interested in the Romantic plans that writer Adam (Adam, now there’s an interesting coincidence…) has for her at the behest of his publisher. The script is a smart exploration of the story that many writers tell – that while they start out with plans, their characters find a way to talk to them and the plans frequently go in new directions – and Sara is unabashedly a feminist in her ideals, something I always appreciate. The end of the script feels a trifle rushed; the audience needs just a little more to explain how Sara can be married, to please the publisher, and still be able to go off and be a Shero. With some tweaks in the middle of the script, where there is some repetition, this could be solved. At the moment, it feels like a scramble to finish before the bottom of page 10, and be within the guidelines for submission.

The exuberant The Fateful Fall of the Art of the Sport of Jousting, by Parker Henderson, is an energetic romp; with some nods to Monty Pythonesque humor, and a great way to bring the audience back together at the beginning of act two. This script, too, felt rushed at the end. The final interaction between Sir George and his Squire was visually and vocally rushed and muddled – not knowing the script, I don’t know if this is in the writing or in the directing. Once it has been established that Sir George cannot stomach basKETball and, indeed, he sabotages the one ball that Sir William has, this feels like the end of the quest.

The remaining three plays each inhabit a primarily high school setting, played out in different ways. Heather Holbert’s Behind Closed Doors is an intriguing look at a dystopian slightly futuristic society in which conformity is mandatory. Of course, there is one character who escapes from the assembly-line school, and also one who struggles with wanting to escape. My confusion with this piece lies with the symbolism of the masks (and again I don’t know what was scripted and what was added by the director.) Why are the masks mandatory? Who enforces the wearing of them? How much a part of the character are they? Amya is able to take hers off and shred it with no repercussions, and she has a ‘spare.’ Without embarking into unwanted exposition, some reference to the masks’ role in this society would help with their signification.

Friday, by Hannah Schmidt dives into the ubiquity of cell phones and social media in the high school milieu, and the pressures that result from everyone in your crowd being connected to the posts and photos that pour in. This aspect of the script felt very authentic. The storyline of boyfriend cheating on girlfriend with one of her friends is not new, and Schmidt adds little more to this trope. However, stylistically, she adds an intriguing layer by having not only the ensemble narrate the story, but also the girl and boyfriend acting out their relationship in the third person. It’s a neat narrative trick that heightens the artificiality of relationships that are judged through the lens of social media.

Rosa Estevez’ No Hablo Español tells an important story: that of first and second generation immigrants in our school systems and how there are (not) acculturating to English and maintaining (not) the language of their parents. Estevez’ says that this script is inspired by her experiences in school. And, within the construct of Carmen struggling to do a presentation in Spanish, she hits some important notes – the clique of girls who can get away with anything, that our classrooms are multiracial and friendships can blossom across ethnicities. I may be naïve, but I would wish that teacher Mr. Velasquez was a little more in charge of his classroom…The final moments are the most intriguing when Maria’s oh-so-white Mom arrives to the chagrin of Maria, who positions herself as the most Latina of Latinas. This is the story that should be told. I suspect that Carmen is a little too close to Rosa. If Estevez tackles Maria next, that will be a story worth returning to see.

As always New Voices is supported by the acting apprentices of the newly-minted Professional Training Company (PTC), together with the PTC production interns, full time ATL production and literary staff, and community specialists. Both (Bar)ri(e)rs and No Hablo Español brought in cultural consultants to help authenticate the productions. The program already carries the deadline for next year’s Festival – October 31, 2017. Sharpen those quills! 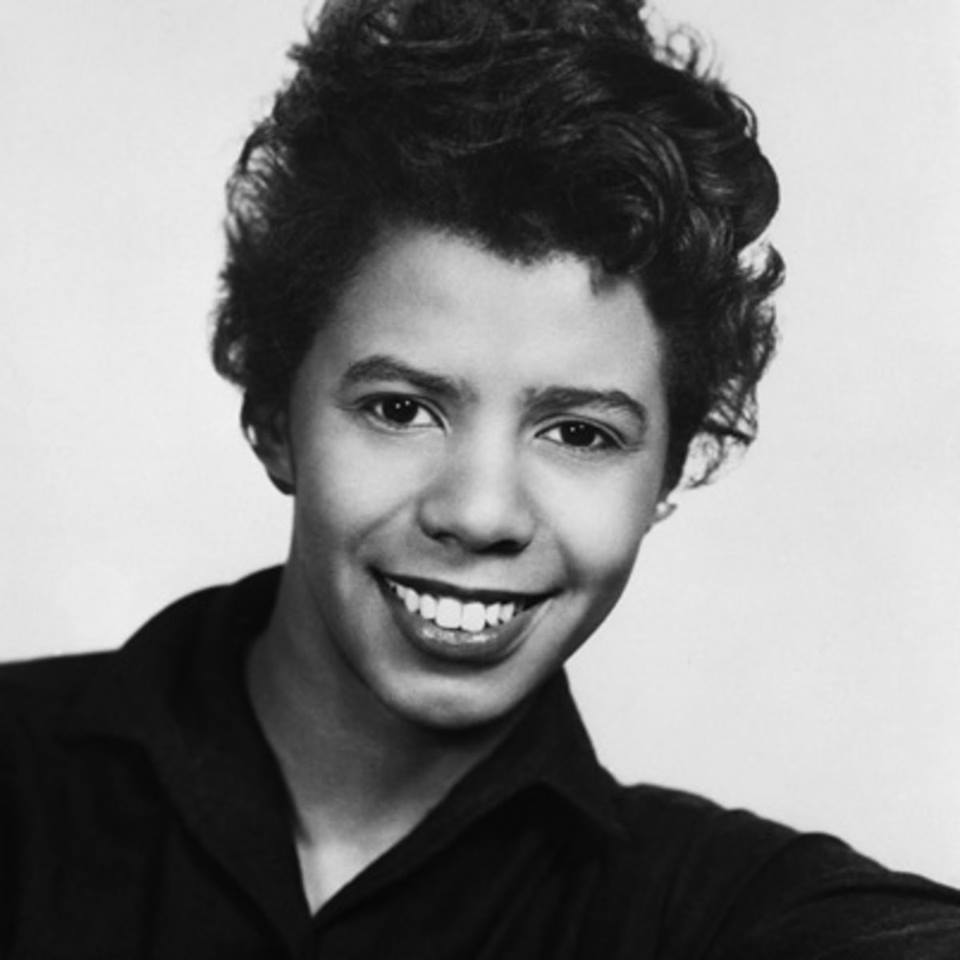 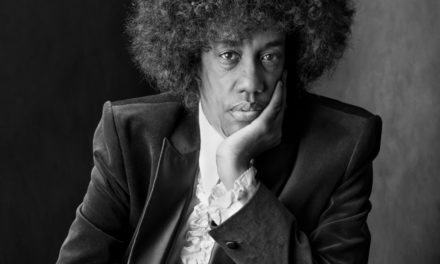