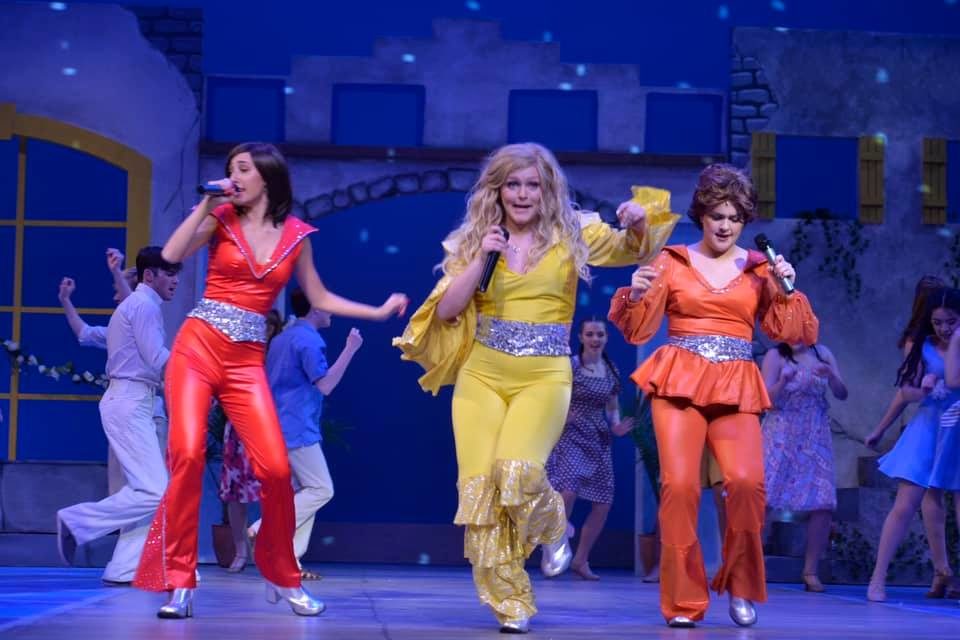 There is no denying the charisma and music that the Broadway hit Mamma Mia brings to the stage. An unusual love story that centers around young Sophie Sheridan (Sofi Pascua), her single mother Donna (Kylie McGuffey) and players in Donna’s past. While that all seems rather intriguing, what makes it all come together are the timeless melodies and infectious hooks that are the songs of ABBA. Through some clever playwrighting, it is fun to discover how the choice of ABBA’s lyrics completely compliments the storyline.

On a remote island, located in the Aegean Sea, Donna has created a life for herself and daughter Sophie while operating a taverna that is frequented by locals and travelers alike. As often happens, Sophia has met Sky (Emerson Walker) and they are to be married. Like many brides, Sophie wants the perfect wedding, but there is someone missing from the equation: her father. After some snooping Sophie deduces that there are three men from her mother’s past that could potentially be her father: Bill (Collin Stansbury), Harry (Theo Harrah) or Sam (Jonathan Sulphin). In her quest she invites all three to the taverna, acting as Donna, in the hopes that she will be able to decipher who her father is.

To her surprise, all three men show up to the island and despite Sophie’s best efforts to hide them from her mother, Donna eventually finds out that they are there. Confused as to the reason why, she does her best to avoid them and focus on the wedding preparations, but through the convincing of her friends Tonya (Evey Robinson) and Rosie (Annie Jennings), she meets with her past.

Does Sophie learn who her father is and have a perfect White Wedding, or does something go awry? And what about the former lovers? Is there reconciliation or rejection?

To be sure, I’ve seen quite a few Mamma Mias over the years and each one has had their strengths and weaknesses. While this production is certainly no exception to that rule, what sets it apart is that this was a high school production and if you closed your eyes, you’d believe these performers were a little older. And it wasn’t just the singing and dancing; it was the quality of lighting, sound engineering, and the band, too.

The talented production staff that includes Technical Director Bob Upton and Jen Groseth as the Lighting and Sound Designer, the students that were assisting throughout the performance were attentive and seemingly demonstrated the professionalism that is critical in the theater.

Under the direction of Musical Director Tim Murner, the band did a good job in keeping with tempo and rhythm. However, I found that this particular arrangement was a bit too heavy on the synth keyboards. The guitars, bass, and percussion punctuated the musical landscape well.

Speaking of landscape, I couldn’t help but wonder if the set design was borrowed from the Mamma Mia that was recently performed by Acting Against Cancer, as it looked very similar. Whether it was or wasn’t is no matter, as the set design fit the stage well, complete with mooring posts downstage above the orchestra pit.

Amy Berry’s costumes had some great moments, especially during “Super Trouper” and “Under Attack”.

As Mamma Mia is about a small central core of people, it is not the same without a talented ensemble of actors, singers, and dancers who serve as the townspeople and supporting cast. Yes indeed, this cast had some triple threat action coursing through it.

Dancing is a huge part of this performance and under the direction of Barbara Cullen, the large ensemble performed much of the same moves as I had seen on Broadway and many did so while trying to sing. I say trying because each time was not successful, uneven and breathless, but I saw very few missteps in the dancing. There was good symmetry and just enough spiciness to be flirtatious without being overtly sexy. A special treat was the male ensembles’ dance as they whisk Sky to his bachelor party.

Musically, despite the ensemble being younger than the songs they were singing, they did well in embracing the classic tunes.

I don’t know if Ms. Robinson and Ms. Jennings had watched the Mamma Mia movie, but I could see many similarities in their performances, especially an echo of Christine Baranski’s portrayal of Tanya, but Ms. Jennings took Rosie to all kinds of hilarious heights, especially in her interactions with Bill.

Speaking of Bill, I enjoyed Collin Stansbury’s take on it as he had a keen sense of comedic timing and he surprised me with the depth of his singing. While Theo Harrah’s Harry had many of the characteristics of the stuffy Englishman and the accent was pretty good, he didn’t fare as well when trying to sing in the same accent. It got muddy and hard to understand. Jonathan Sutphin’s Sam was entertaining and he exhibits an unusual vocal style, which seemed to fit the character well. His duets “SOS” and “Knowing Me, Knowing You” were good.

In the beginning, when Sofi Pascua began Sophie’s “I Have a Dream” I was already interested in her sound. She was pretty solid vocally throughout her portrayal, save for “Gimme Gimme Gimme” where she got a bit lost in the fray. She had the poise and confidence that I would expect from the character.

The role of Donna is a daunting task. She is a strong, confident woman. I believe that Ms. McGuffin did a very admirable job of doing just that. Allowing herself to be vulnerable around her best friends at one moment then confronting her past and making no excuses for it the next. Donna’s character also has some of the most memorable ABBA songs that can make you dance or even feel reflective. While “Slipping Through My Fingers” wasn’t her best performance, Ms. McGuffey absolutely nailed “The Winner Takes It All”.

While the show is a lot of fun, the encore or bows are too and you could see success and gratitude in the faces of each and every performer on stage as the audience replied with great applause and appreciation: “Thank You for the Music”.

Tickets range from $10-$15 and can be purchased at www.ypas.org 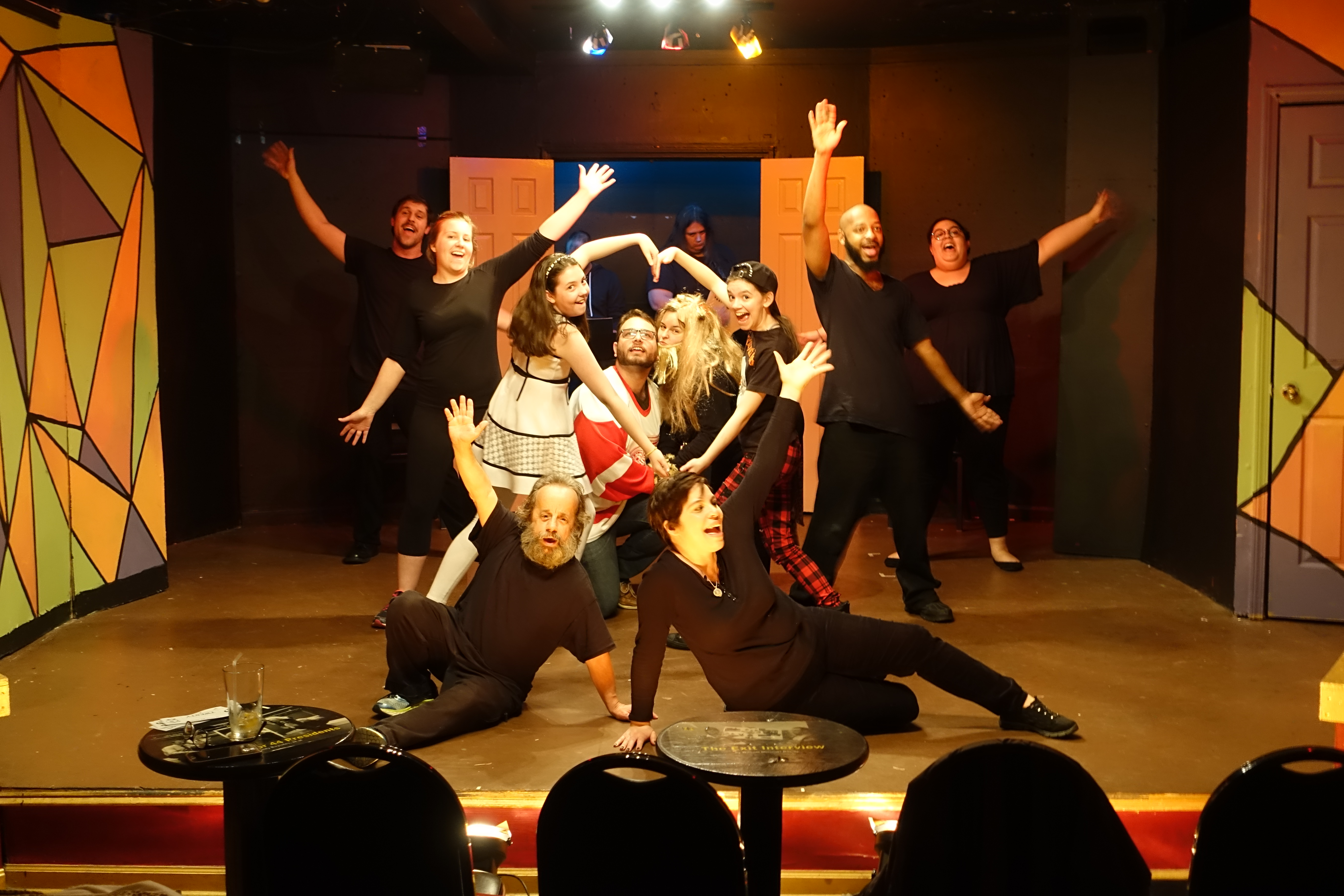 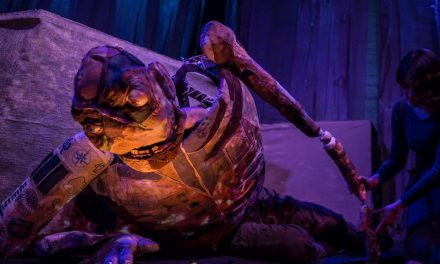