In a hazy bar in Philly, a place she hated, the great Billie Holiday (Janelle-Rennee-Hunnicut) gives her final concert. She teases the audience and drinks heavily, and in a weary, slightly slurred speech, shares her story.

Biopic musicals often tend toward the trite and veer away from the painful, but Lady Day at Emerson’s carries sufficient enough edge and grit to make it feel like a play and not a simple tribute concert. The play is a series of monologues interspersed with songs. Ms. Holiday was an alcoholic, a severe addict, and a victim and survivor of the worst kinds of physical and emotional abuses, but she was also brilliant and she loved to sing. The play sensitively deals with these various facets of her life creating a character that is as strong as she is fragile.

The production by Bunbury Theater attempts to reach these different levels and facets of her character, and generally achieves them. Hunnicut, with her rough textured voice (partly from fatigue), can make a good mimic of Holiday and her voice might even be fuller. Her performance is compelling if uneven. Two hours of monologue and song is an enormous task for any actress. At times, Hunnicut falls into a rhythm of weary booziness and the tension of the piece slackens. That’s the trap of a piece like this and of playing an alcoholic; some of those moments need to be driven through. Holiday must have known the end was coming, and that is really the tension of the piece, that knowledge, even if she doesn’t say it out loud.

Still, Hunnicut displays a genuine feel for the role and a love for the songs. She has a natural rapport with the audience, who were invested enough to respond back sometimes vocally. Her accompanist, Jimmy (Steve Crews) backs her up solidly on piano, anxiously indulging her edgy banter and offering encouragement during her more panicky moments.

Lady Day sings her hits “God Bless the Child”, and the eerie “Strange Fruit”, as well as a few lesser known songs including Bessie Smith’s “Gimme a Pig Foot”, and “T’aint Nobody’s Business if I Do”. 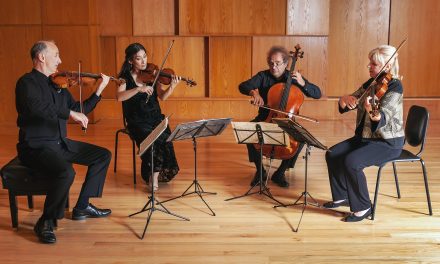 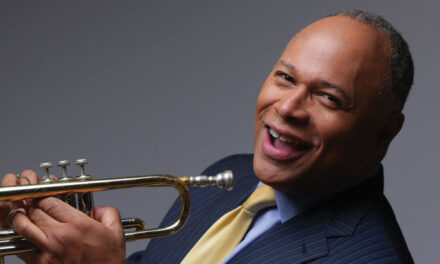