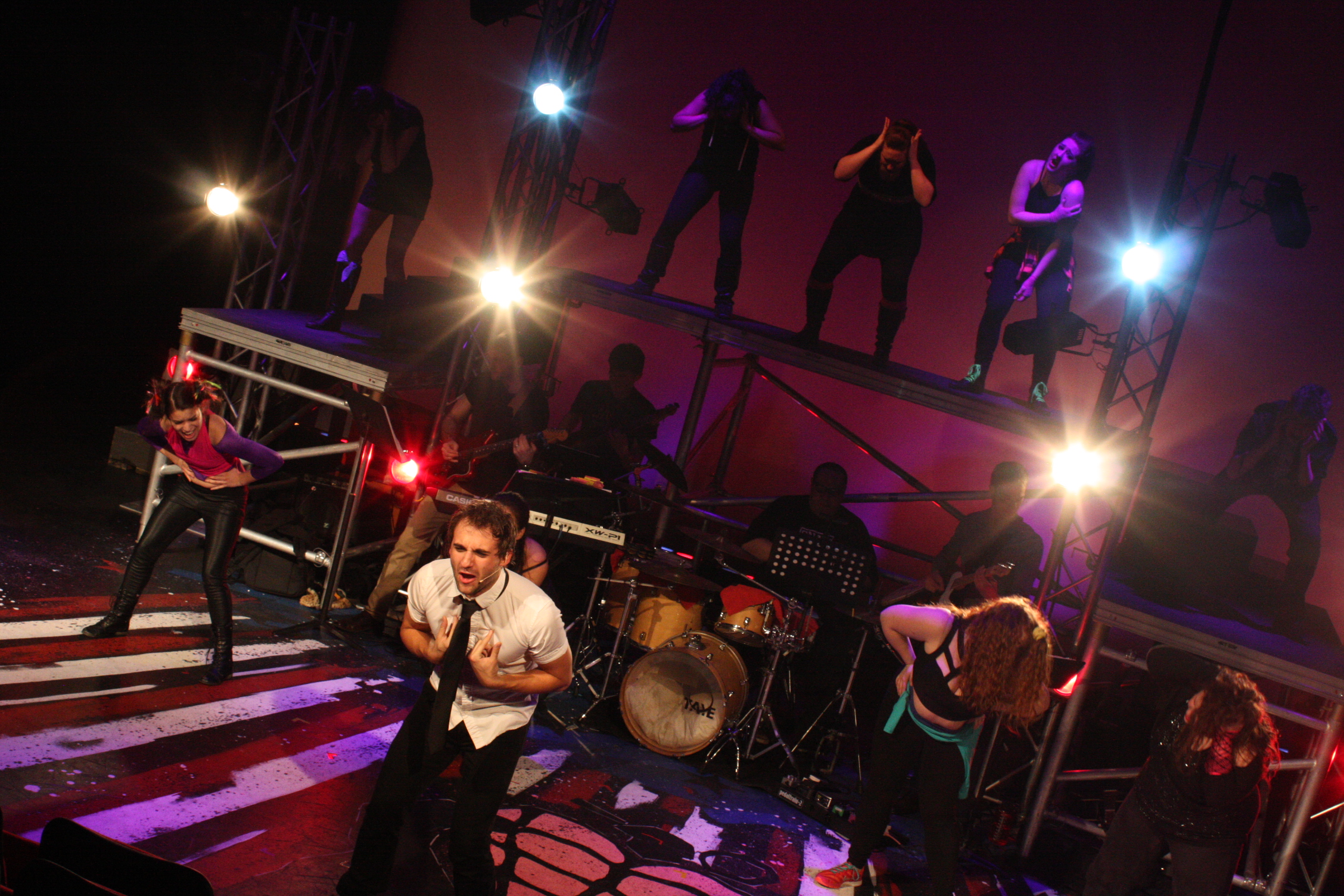 Remy Sisk and the cast of American Idiot.
Photo by Corie Caudill.

In 2004, pop-punk band Green Day released the album American Idiot. The landmark album, with the concepts of disillusionment and trying to find a way in post-9/11 America, resonated with many who were dealing with variations of those same issues. The album sold 15 million copies worldwide and has since been placed on quite a few “best rock album of all time” lists.

Theater groups nationally and internationally have performed the musical since (although, according to recent reports, not at a high school in Connecticut). On Friday night at the Henry Clay Theatre, it was Acting Against Cancer’s turn, and the ensemble brought forth a solid show with plenty of energy that never really let up.

The story follows three twenty-somethings, Johnny (Remy Sisk), Will (Charlie Meredith), and Tunny (Connor Breen), as they try to make their way out of town and out of their boring, unhappy lives in “Jingletown.” Two of them do get out, but Will is forced to stay after learning that his girlfriend Heather (Brandis DeWilligen) is pregnant.

After getting to the city, Tunny tires of it quickly, joins the Army and eventually meets an Extraordinary Girl (Tymika Prince). Meanwhile, Johnny pines for both a girl called Whatshername (Lauren McCombs) as well as drugs, which bring about a party-ready alter ego (Jordan Price).

The three plot lines unfold at a quick pace and often at the same time on a stage built to look like a rock show, obviously appropriate for a rock musical. The ensemble band (Michael Vettraino on guitar, Dexter Neeld on guitar and keyboard, Dave McNeil on bass and Benji Simmons on drums) is insanely good, bringing plenty of enthusiasm, a tight performance, and fuel for the show’s energy.

And what an energy the show had. From the opening moments of the title song, the ensemble completed a high-energy workout, moving everywhere on the stage, changing costumes quickly with each song and keeping the energy up all the way through the show. Just watching these guys dance around and rock out was a joy in and of itself.

Among the principal cast members, Price had the most consistent stand out character. As St. Jimmy, Johnny’s subconscious, he looked the part of a rebellious rock star complete with the leather pants, vest, white T-shirt and cool shades. When he sang, his voice was rock-ready and with spunk. When he moved around the stage, Price carried a “screw you” attitude perfect for the character. One could clap for him every time he entered a scene.

In terms of show-stopping moments, McCombs has had plenty of them in her Louisville theatre career, usually as characters that were charming in nature. During the song “Letterbomb”, however, she was dead serious, singing with plenty of angst, rage and a slight raspiness, and moving around the stage with a fire in her eyes as if she was ready to take down anyone that got in her way. It was easily her grittiest and most surprising showstopper, in the best way possible.

Many other things were the best way possible for the show, although not from a technical standpoint. There were several issues with microphones not coming on in the middle of songs. Also, the lights on stage (appropriately red, white and blue) were at times way too bright for such a small and dark venue, forcing some audience members to shield their eyes and not see some moments of the show. However, these issues should be easy to fix for the rest of the run.

Tickets: $19 in advance and $22 at the door ($10/$12 on Monday, February 1) and are available at showclix.com/event/LouisvilleIdiot 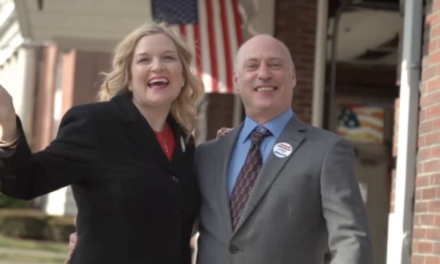