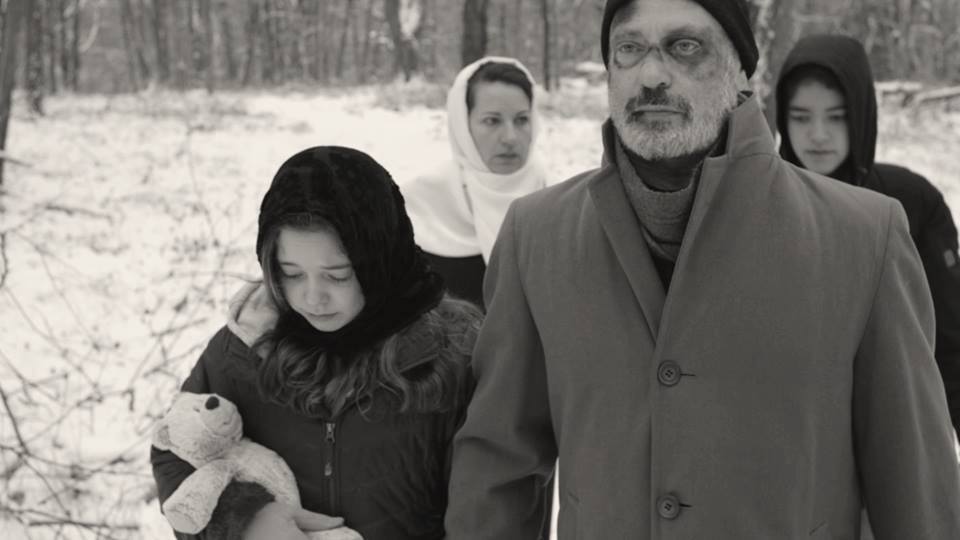 The word “adventurous” was in the air – in the headlines of preview articles, and then from the mouth of Music Director and conductor Teddy Abrams in his remarks near the beginning of the program. At intermission, an audience member in front of me remarked that the Louisville Orchestra has always been adventurous. Yet what might have passed for such in the days of Robert Whitney might not have looked anything like what was experienced in this unique program.

Risk lies at the heart of any real adventure, and the collaboration with eight artists through the Kentucky College of Art + (KyCAD) meets with mixed results precisely because it takes risks. Orchestra audiences are generally polite, so even if there were negative murmurs in the lobby chatter and even a few angry comments, there was a general acceptance and even pride felt in this “most interesting orchestra.”

First up was Handel’s “Alla Hornpipe” from Water Music No. 2, which was accompanied by a video by Mariam Eqbal that consisted of still images of ballet dancers animated, as it were, by disruptions in the integrity of the image. The figures were given a kinetic charge that had a sly wit that makes me feel that Eqbal has studied early Terry Gilliam.

For the 4th movement of Schumann’s Symphony No. 3 in E-flat Major, Op. 97, the sound was the expression of artist Josh Azzarella, who used digital imaging sensors to translate the light reflected off of the musicians into audible tones. This was where Abrams first used the word “unprecedented” (it would not be the last) and appeared nearly giddy at the notion that “the sounds produced are actually US!” The tones came off as nearly organ-like in their sustained effect, complimentary more than distracting to the Schumann music.

The oversize screen above the orchestra hosted the second film of the evening, an animated piece by Jace Stovall that compressed the full narrative of The Firebird into the roughly six minutes of the “Infernal Dance” from Igor Stravinsky’s iconic composition. The anime texture of the imagery made Stovall’s gender-swapping take on the story seem organic, or as organic as the highly stylized visuals could allow. Still, the film and video entries tended to feel the most traditional mediums of the evening, and therefore the most comfortable for most of the audience.

This was especially true of filmmaker Ron Schildknecht’s Children Without Voice, a story of a refugee child in a coma because her family waits, in limbo, to learn if they will be allowed to remain in the United States. It serves as an update to the Sleeping Beauty motif in ”The Fairy Garden” segment from Maurice Ravel’s Mother Goose Suite. It was the most straightforward and overtly political statement of the evening.

Its impact was also diminished by having the artist introduce and explain the work beforehand. It was perhaps a sign of Abram’s generosity in sharing the stage with each of the eight artists, as well as KyCAD President Moira Payne, but I would generally have preferred for these statements to have been placed after each piece, so that the audience might have had the opportunity to discover the meaning and relationship of each chapter in the collaboration for themselves.

Bela Bartok’s Music for Strings, Percussion, + Celesta IV. Allegro molto required that some of the musicians swap chairs. Abrams explained that Bartok didn’t hold to the traditional layout of the orchestra and insisted on shaking things up as to how the sound would emerge from the stage. A scrim descended between the audience and the orchestra on which artist Ricardo Mondragon projected color, light, geometric patterns and shapes through audio-reactive systems so that, once again, the art is created in direct reaction to the music. For me, this was one of the most successful of the evening’s collaborations.

Arguably the least successful was Charles Rivera’s dense sound collage playing over Charles Ives’ “The Housatonic at Stockbridge” from Three Places in New England. Working from ten different cassette tapes of collected and manipulated sounds, Rivera made modern what Abram’s described as Ives’ fascination with the sounds of the real world. Yet the potential for a subtle interplay between the music and the montage was lost when the volume of the sound design entirely overwhelmed the musicians to the point where they could not be heard. Behind the scene accounts credit the conductor for encouraging the high level of volume, and kudos to Abrams for not wanting to curtail the artist’s contributions, but that there was so little balance between the two elements seems to defeat the intention.

The last piece before intermission was Modest Mussorgsky’s Night on Bald Mountain, famously a centerpiece in Walt Disney’s Fantasia. The familiarity of the piece and its highly memorable visualization in a classic film may have made it a problematic choice for this project, and Chef Taria Camerino’s device of a shared taste experience throughout the audience seemed mostly to puzzle the audience. Camerino is a gastoral synaesthete (someone for whom sound, color, and textures conjure the sensation of taste) and in an attempt to convey how she experiences music, each person in attendance was given a sealed card to lick during the performance of the Mussorgsky composition. Most good-naturedly complied, and the flavor of a sugar wafer was not unpleasant but was a dramatic contrast to the whirling virago of dark spirits captured in the music. Whether it can be said that we shared Camerino’s experience is debatable, for it seems that synesthesia defies the logical comprehension of sensory relationships that is common.

After intermission, the artist’s action was entirely conceptual; an organized network of musicians, some in Louisville and several in other locations, playing Mussorgsky’s masterwork, Pictures at an Exhibition. Anthony Schrag appeared in a pre-taped video explaining that participants included groups at Western Middle School and the Youth Performing Arts School, punk rock band Bad Wires, and Laurie Bader + Bird Dog & His Coyote Choir, all in Louisville.

It’s a concept that required the audience in Whitney Hall to simply enjoy a richly dramatic rendition of the ten-section musical suite. Originally composed for piano, it was orchestrated by several, and this version by Ravel came about in1922. The Louisville Orchestra brought the appropriate emotional grandeur to the stage, with the sweeping warmth of the strings making way for the complex sense of character and narrative so beautifully expressed within the woodwinds. I am quite familiar with recordings of Pictures, but this was my time hearing live, and the low, guttural bleating of the horns had a visceral impact, while the punctuation of the percussion and timpani was as resonant as if hearing it for the very first time.

It’s safe to say that the orchestral performance of classical music is among the safest of arts experiences. We have an expectation of how Water Music will sound, and while the orchestra may deliver a magnificent rendering, there is little risk that they won’t at least simply meet that expectation. Mr. Abrams and KyCAD faculty Lori Larusso, who curated the artist’s side of the program, have tried here to override the cautious conservatism of the orchestra experience by putting the tradition of the form out on, if not a razor’s edge, at least a tightrope, with Pictures at an Exhibition, in effect, the net.

And embracing such risk is exactly the point of the exercise. After observing my note taking at intermission, one long-time patron of the Louisville Orchestra shared with me that the performance of the Ives piece made them very angry. Of course it did. And while I wish that the integrity of the music had remained intact, it also is important that such a strong emotional reaction was present. However that patron felt, they will not soon forget this night. Weeks or months from now, when the conversation turns to highlights of the previous season, this performance will almost certainly be a part of that discussion. However mixed our feelings may be, it is in this way that Abrams and Larusso have triumphed; injecting art into the Louisville Orchestra to allow that feeling of uncertainty, and to question what the very idea of “orchestra” can be. 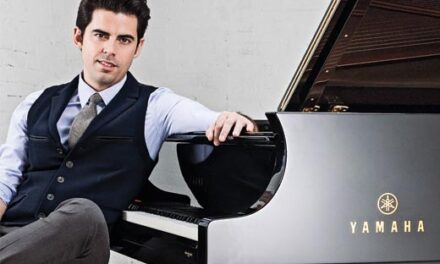