Billy Elliot
A review by Keith Waits.
Entire contents are copyright © 2012 Keith Waits. All rights reserved.
Billy Elliot is a hugely enjoyable musical that gleefully smashes conventional stereotypes of masculinity and exalts creativity. Staged with inventive abandon, it is a potent piece of commercial theatre.
Famously adapted from the original, non-musical film by the screenwriter, Lee Hall, and the director, Stephen Daldry, with music by Elton John, the story of the English working-class boy who finds a passion for ballet while his coal-mining community is destroyed by the year-long labor strike in the 1980s is given a most passionate reading in this translation. In a time when so many modern musicals struggle to overcome mediocre scores and predictable plotlines, Billy Elliot is emotionally engaging at an intimate level while also working on a broader canvas with a galvanizing dramatic urgency.
The first act features several numbers that leave a lasting impression. In “We’d Go Dancing,” Billy’s grandmother remembers the contrasting romance and brutality of her marriage in a surprisingly complex song of memory; and an even greater narrative challenge is met in the lengthy “Solidarity,” wherein Billy’s growth as a dancer in class alternates with scenes of the deepening labor crisis that is genuinely thrilling. In a particularly delirious passage, young ballet students in rehearsal togs swan around in partnership with adult coal miners.
Most strikingly, the title character expresses his rage and frustration in “Angry Dance,” a powerful featured dance that juxtaposes the slight figure against a phalanx of riot police armed with body-length plexi-glass shields. It is a vivid staging that carries a modern and stylish visceral punch.
But all the clever stagecraft is in service to themes of identity and loss and examinations of masculinity and gender that are bracingly delivered in a fashion both straightforward and joyous. When Billy’s gay friend Michael leads the exuberant ode to flamboyancy, “Expressing Yourself,” it is a rousing and crowd-pleasing spectacle that even the strictest social conservative might find difficult to resist.
And the social agenda in Billy Elliot is unmistakable. Political satire concerning Margaret Thatcher establishes the place and time (complete with a puppet that was reminiscent of the famous British television show, Spitting Image) and affords the opportunity for commentary that is unabashedly liberal, even if the passage of time has somewhat lessened the bite. Still, the pleas for tolerance and understanding from people who are enduring such difficulties is one of the elements that lifts Billy Elliot above your average, by-the-numbers musical.
Kylend Hetherington played Billy Elliot with a nice feeling for the grounded, working-class foundation of the character and danced with great skill. In the final moments he performs a magnificent solo that effectively merges the triumph of the performer with the triumph of the character. He was well matched by each member of the ensemble, but Cameron Clifford was certainly a standout as Michael. (Both roles are multi-cast and may be played by different cast members at other performances.) Rich Hebert as his dad also straddled the tricky gap of naturalism and humor that is an inevitable characteristic in a musical about such tough, real world topics. As the dance teacher who first inspires him, understudy Susan Haefner was equally fine, leaving no trace of disappointment that this audience had missed the assigned performer.
At the end, when the story quietly finishes and the curtain falls, the entire company takes the stage to execute a high-energy dance number that is shameful in its eager-to-please energy but entirely irresistible to an audience that was already on its feet in appreciation before the curtain call. It was certainly a good deal of fun, but Billy Elliot earns the audience’s loyalty in the meat of the show with well-timed moments of sublime theatricality and quality of performance that are all to rare in contemporary musical theatre. Watching such moments, it is no mystery that the show has enjoyed such success. Every Tony award and accolade is well deserved. Billy Elliot is a must-see.
Billy Elliot
June 26-July 1, 2012
PNC Broadway in Louisville
The Kentucky Center
501 West Main Street
Louisville, KY, 40202
502-589-7777
http://louisville.broadway.com/ 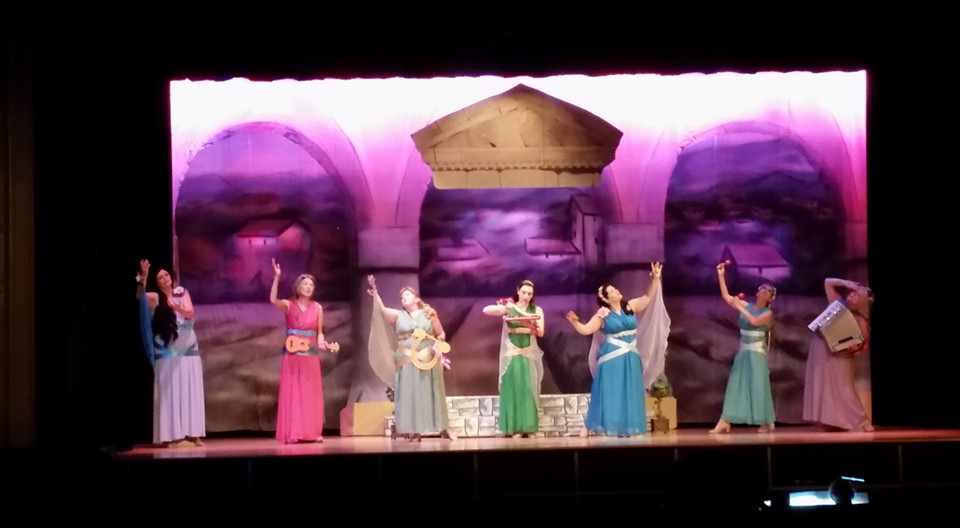