The old saying goes that an artist is his own worst critic. Less glib and more tragically true is that an artist can often be his own worst enemy. This is the crisis at the forefront of  Terrence McNally’s musical A Man of No Importance, the latest offering from Pandora Productions. This transcendently moving musical goes even beyond Pandora’s worthy mission statement to appeal to anyone who has ever had a spark of inspiration and been faced with the question of what to do with it.
The main character, Alfie Byrne, referenced in the title, lives a routine life; benign but inconsequential. He takes tickets on the same bus route every day and regales his regulars with readings from his muse, Oscar Wilde. He lives with his bachelorette sister, serving as the house cook and preparing dishes far too exotic for her meat-and-potatoes tastes. And every so often, he directs a production for the church’s merry band of thespians, St. Imelda’s players, a group straight out of Waiting for Guffman–with accents. The delightful band is ready to revisit last year’s comic success, The Importance of Being Earnest but Alfie is drawn to more dramatic fare. His choice is Salome, Wilde’s hugely controversial take on the death of John the Baptist. For an Irish Catholic church in the midst of the Vatican II reforms, this is more trouble than Alfie realizes. To him, it’s just art. As rehearsals move forward, revelations about the material and members of the cast draw Alfie out of his sheltered life and into a world where artistic integrity is least of his problems. He finds that art isn’t just a passion or mission. It’s a life choice.
Normally all-things-offstage (save the curtain speech) for Pandora, artistic director Michael Drury is a marvel as Alfie. Essentially a big, cuddly, Irish teddy bear, Alfie could easily be played entirely for sympathy and weepiness. Drury completely and utterly grounds Alfie in the reality of the play, avoiding all mawkishness and self-pity and draws the audience’s emotions out all the more for it. He is simply wonderful.
Director Stephen Jones gives as much attention to the complexities of each supporting character. Tiffany Taylor finds every conceivable angle of Lily, Alfie’s sister. For well-established and well-played reasons, she comes to disapprove of almost every choice he makes. She then shows exactly how one can love someone all the more for his mistakes.
Obadiah Ewing-Roush is well cast as William Carney, the scenery-chewing default lead of the church theatre group. His soaring voice is a standout in the cast. He deftly asserts this well-rounded character’s motivations for betraying Alfie, yet avoids becoming any sort of villain. When he realizes he is the last to find out a major revelation about Alfie, it is genuinely heartbreaking.
Jason Brent Button brings a wealth of charm to Robbie, Alfie’s best friend and object of “the love that dare not speak its name.” Laura Ellis’s Adele is a character shrouded in ambiguity that at times grows frustrating in its refusal to dissipate. Yet she and Drury have a natural chemistry that brings wonderful results for both actors. Rusty Henle’s wry humor makes his widower’s ode “The Cuddles Mary Give” a show stopping tearjerker. Every character from the Meg Caudill’s secretive churchwoman to Patrick Brophy’s glib yet hilarious Oscar Wilde is fabulously captured. Jones’s staging is clever and free-flowing, giving us a delightful live experience.
The only major problem with this show is of neither the director nor cast’s making. In the final scene, we’re taken back to where we started and Alfie is given a glorious final song declaring…well, I can’t give it away. The lights go down…and then come back up, and we’re given…well, I can’t give that away. Let’s just say “more.”
And by “say,” I mean “exclaim ‘waitaminit – there’s more!?!’” The show’s ending completely works on paper in terms of story, theme and plot, and every actor plays it just right. But it is just plain unnecessary and even cheapens Alfie’s resolution. I’m desperately trying to give nothing away, but a personal victory in spite of consequences is far better than a grand victory robbed of consequences. After Alfie’s final song, I was done – emotionally satisfied and ready to reward the cast appropriately. The remainder feels tacked on and as overly schmaltzy and desperate to make its point as the rest of the show isn’t. It’s always the director’s option to cut, and I wish Mr. Jones had done so, but it shouldn’t even have gotten as far as the acting edition. McNally is a good enough playwright (and, one would think, has enough clout) to have avoided this.
Some sound issues persist through the show as the cast perform without the aid of microphones. The Victory Jory is a deceptively large space that is not the best at bouncing sound around.  The ears will adjust, but with the conductor behind the back curtain, the music/vocal sync wasn’t entirely perfect. One is confident repetition will breed precision.
Nonetheless, the music is engaging and the tale perfectly crafted, ending notwithstanding. McNally and composer Stephen Flaherty know how to make an audience feel deeply without manipulating the emotions out of them. It costs a lot to make art of any type, and this ensemble should be rewarded for its efforts. Go and be enriched.
A Man of No Importance continues through September 18 in the Victor Jory at Actors Theatre of Louisville, 316 West Main Street. For Tickets call 502.584.1205. Details are available online at: http://www.pandoraprods.org/OurProductions/20112012SeasonProductions/tabid/956/Default.aspx
Entire contents copyright 2011 by Todd Zeigler. All rights reserved. 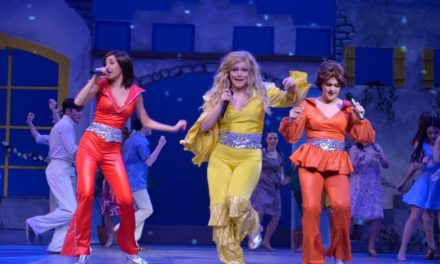 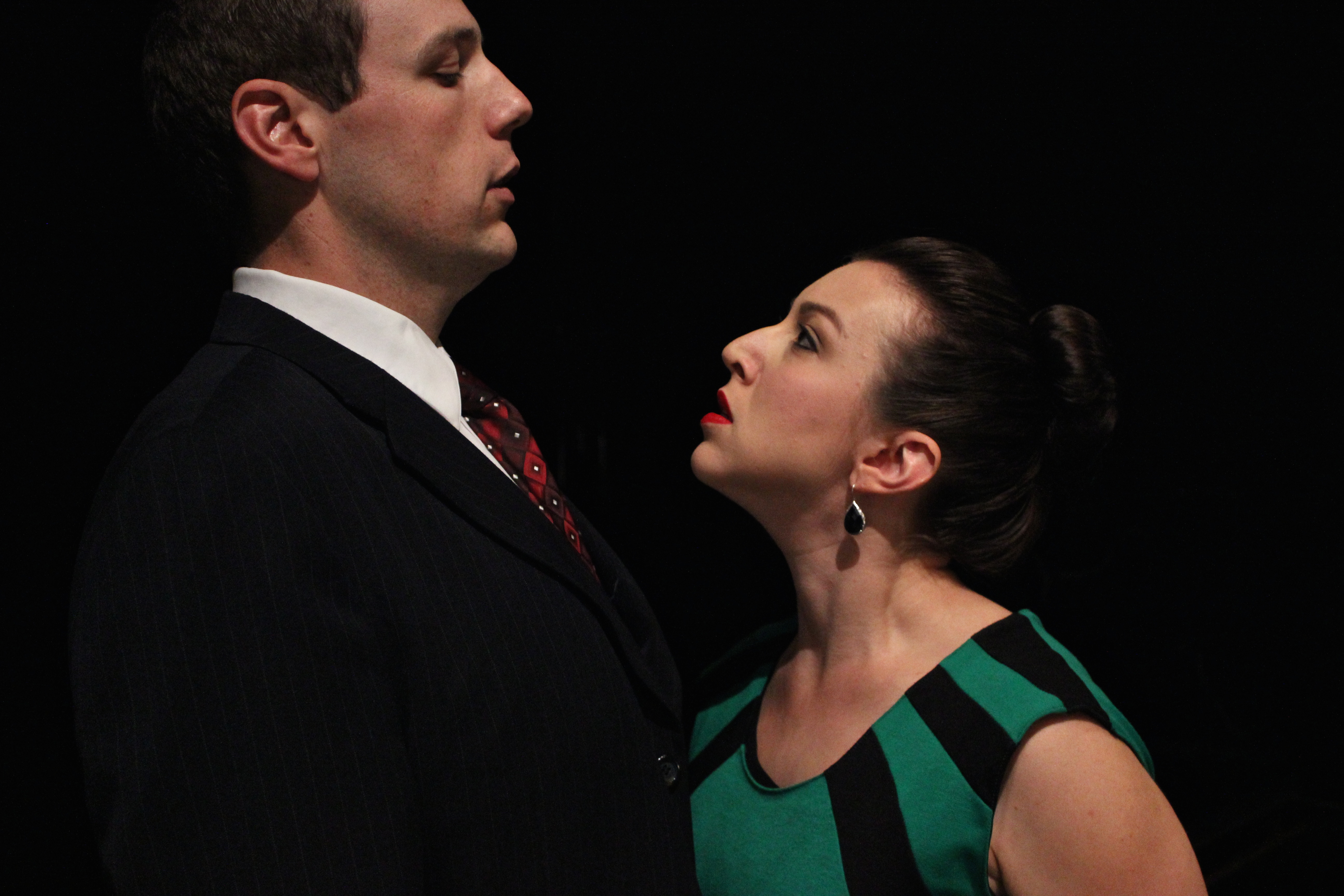 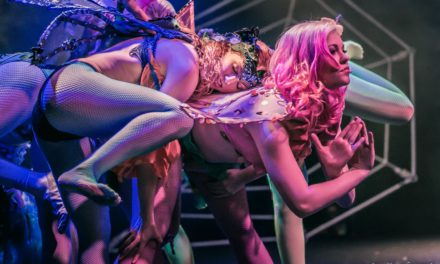 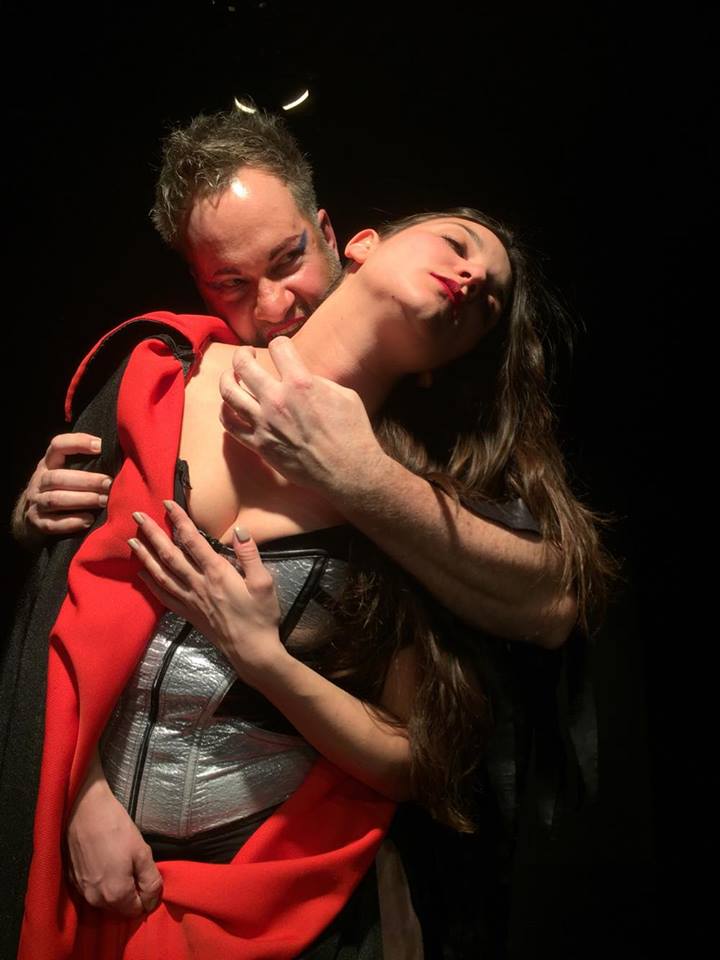