Angel Street
By Patrick Hamilton
Directed by Gary Tipton
Reviewed by Craig Nolan Highley
Entire contents are copyright © 2012, Craig Nolan Highley. All rights reserved.
Angel Street, or as it’s better known by its original British title Gaslight, is one of the few classic shows that can truly be considered iconic. In the nearly three quarters of a century since it was first produced, it has been adapted and imitated so many times that for the uninitiated, the plot can seem predictable and dated. In fact, it is so familiar that its original title has become the clinical term for a criminal act of psychological manipulation!
With so much baggage clinging to it, any theater company attempting a production today deserves credit for just being brave enough to attempt it. I’m glad to say that the As Yet Unnamed Theater Company deserves praise for both the attempt and the ultimate execution in their latest production.
By today’s standards it is an odd script; it isn’t really suspenseful enough to call it a thriller, there is almost no comic relief so it definitely isn’t a comedy, and it contains enough criminal and macabre elements that it can’t really be classified as a drama. It could easily have been played up for camp value, but thankfully director Gary Tipton has enough respect for the material to have his actors play it straight. The resulting performance manages to hold attention, if not suspense, until the truly unsettling moment at the very end where well-deserved comeuppance is meted out.
The story is fairly straightforward: a young wife (Jennifer Poliskie) fears she is losing her mind when she repeatedly hears unexplained noises in the night and minor items keep going missing. Her overbearing husband (Michael Jester) is no comfort, and his constant verbal abuse only makes matters worse. With the arrival of a retired detective (Larry Chaney), the mystery receives an early resolution and the rest of the play is all about avoiding and then apprehending the guilty party.
In an ironic twist of fate, this already risky project faced what could have been a death-dealing blow: it lost its original leading lady with just six rehearsals to go. Luckily for the company, Poliskie was ready, willing, and available. Her performance is outstanding even without considering her short rehearsal time, but factoring that in just makes hers an absolutely incredible turn. She has your sympathy from the get go, and will have you rooting for her even in the show’s final moments when she may or may not be about to do something horrible.
Any crime drama is only as good as its villain, and this show is no exception. The role of the abusive husband was created on Broadway by no less a luminary than the incomparable Vincent Price. While Jester looks absolutely nothing like him, Price’s spirit is indelibly stamped all over his performance, both in his slow, deliberate speaking style and his regal bearing. I don’t know if this was intentional or not, but it works to sell this unctuous character (with a smattering of James Mason thrown in just for flavor).
As the heroic detective, Larry Chaney turns in a fine, understated performance. He adds a bit of a fatherly, protective vibe, giving a much-needed softening to the proceedings. As the two serving women who both help and hamper the proceedings, Morgan Schussler-Williams and Carolyn Holbrook each get some amusing moments.
On the technical side, Tipton’s set and the work of an uncredited costume designer are flawless, evoking the Victorian Period and enhanced by Tipton’s moody lighting design.
Overall this is a solid production. It does drag at times thanks to the dated script, but the cast and crew give it their all and I can’t imagine a better modern performance of this slightly creaky classic! 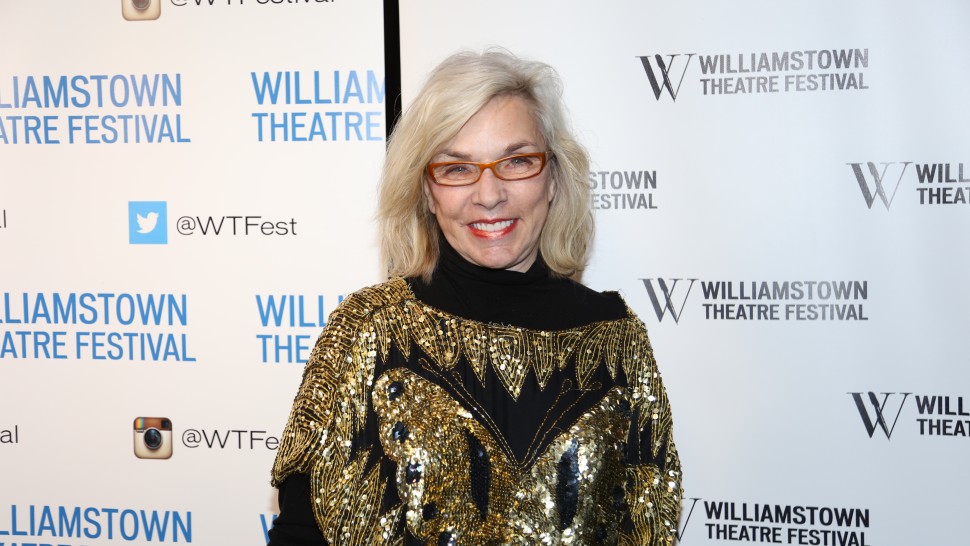