By William Shakespeare
Directed by J. Barrett Cooper
Reviewed by Rachel White
Entire contents are copyright © 2012, Rachel White. All rights reserved.
Savage Rose’s production of Shakespeare’s Macbeth is imaginative and creepy, but it’s also provocative and risky in the best of ways. And that, combined with Shakespeare’s brilliant language, gives us a dark look into the human mind and imagination.
I have seen Macbethtake place in a hospital and in a totalitarian police state, and these artificial settings always seem slightly imposed.  J. Barrett Cooper chooses to set the play right there in Medieval Scotland and England, and the idea makes a lot of sense.  The characters come from the most warlike and brutal of places, where magic is real and does harm, where things like mental illness are not understood and so are attributed to darker forces. So, when Lady Macbeth talks about ripping a child from her nipple and dashing out its brains, it’s a terrifying description, but in context it fits into the world. Shakespeare too must have regarded this land as very frightening and full of mystery.
Lady Macbeth, as played by Jenni Cochran, comes across as young, ambitious and dangerously off balance. Maybe a little too off balance to start with.  In her opening soliloquy, she almost loses her mind, practically beating herself as she conjures the dark spirits from beyond. Long, thick, medieval braids give her a wild, other-worldly quality.
In contrast, Macbeth, played by J. Barrett Cooper himself, breaks down more subtly.  Cooper succeeds at getting down to those different layers of Macbeth’s character and inner conflict. The age difference between the couple adds yet another dimension to their relationship, which is highly sexual, controlling and violent.
The weird sisters (Laurene Scalf, Melinda Beck, Polina Abramov) too were specifically rendered. They exist in their own echoey cavernous universe that is of this world and not. There is something so wretched about the way that they are made up, as though to imply that their faces have been disfigured. They embody despair, disfigurement, power, age and immortality all in themselves. When Hecate (Neill Robertson) is invoked by the sisters, she appears in pure white with long white nails and a rasping breath – like something both holy and twisted.
The play is filled with horror-like images, ghost-like girls appearing and disappearing; and all of it feels right for the tone. There were times, however, during the production when the effects were distracting from the text.  The echoes in the world of the weird sisters were interesting but they sometimes made it hard to clearly understand what the sisters were saying. There are also some loose ends that I wished had been pulled together more tightly, as in a very raw sexual moment between Lady Macbeth and Macbeth.  This was fascinating but didn’t seem to carry through the whole show in a specific way, and so I didn’t know quite what to make of it.
What is especially fresh about Cooper’s production is that he realizes that deep down this play is about family and about loss. Often in productions of Macbeth, the focus is on power, ambition and inhumanity.  Macbeth and Lady Macbeth feel like human beings who have gotten way in over their heads. It’s a domestic drama in many ways.  When Macduff learns that his children have been brutally slaughtered by Macbeth’s people, he is stunned to silence, a powerful moment played well by Jeremy Sapp. “All my pretty ones?” he repeats in a breathless state of shock. You hear a lot about family throughout the play: “my father,” “my chickens,” “my babes.” The director and actors make sure that you hear these things. These words give the play its humanity, making the work not only thrilling, but moving as well.
Macbeth
Savage Rose Classical Theatre at
Parkside Studio: Inside at Iroquois
Iroquois Amphitheater
1080 Amphitheater Road
Louisville, KY 40214
http://new.savagerosetheatre.com/ 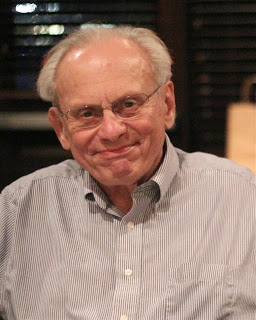