The SLANT Culture Theatre Festival returns next week for a second offering of plays, music, workshops, exhibits and lectures. After a successful launch in November 2012, the ambitious festival conceived and organized by Walden Theatre’s Allison Huff and Teresa Willis seeks to provide a hot-house atmosphere for creative theatre that pushes the envelope.

The 12-day schedule kicks-off with a Launch Party on Thursday, November 14, that will feature live music from Sandpaper Dolls, Justin Paul Lewis and Billy Goat Strut. Several food trucks are expected to be present as well. The festivities start at 7 p.m. Here is a breakdown of contributors:

John Ford’s controversial tale of incest and bloodshed, reimagined as a gore-filled haunted house. There is no lighting except flashlights given to random audience members before the show. These lights are the only things that will reveal what lurks in the shadows around you.

Baby Horse Theatre Group is Louisville’s youngest and worst independent artistic organization. For the past year, they have produced tasteless, intellectually-bankrupt productions that have abandoned artistry and relied on crass spectacle.

“Baby Horse is…trying to do something different; and in a small community like Louisville, there is something big to be said for that. It’s refreshing to see a group trying to question what theater is and can be.” – Rachel White, Arts-Louisville

On the Circuit, performed by Gregory Maupin and Tony Dingman

Nikola Tesla. Thomas Edison. You’ve heard the names. You’re aware of the general sense of hipster contention between them. But you probably never saw their touring double vaudeville act. Or heard any of their favorite recipes. Or saw what they did to wind down.

“Le Petomane has built a reputation for innovative approaches to comedy. The group has built that reputation on its members’ strengths. With backgrounds in improvisation, musical theatre and commedia, these are simply some of the finest performers in the city.” Todd Zeigler, Arts-Louisville

CHOICES: An Interactive Play on Cyberbullying and Suicide, developed by the ensemble, directed by Jennifer Thalman Kepler

Choices is an interactive theatre piece in the Forum Theatre style of Augusto Boalís Theatre of the Oppressed.  The Audience will observe a 20-minute play about 15-year-old Hannah, a victim of cyber-bullyng, followed by 40 minutes of  “interventions” in which audience members can advise Hannah, or even replace her onstage!

Looking for Lilith Theatre Company (LFL) is a professional ensemble theatre company, founded in 2001, that is dedicated to re-examining history and interrogating today from women’s perspectives, frequently lifting up unheard or underheard voices. Through these practices, we create productions and programming that serve children, youth and adults in our community, nationally and internationally. LFL crowd favorites include their original shows What My Hands Have Touched, Women Speak: IRAQ, Fabric, Flames and Fervor, and Alice in Black and White by Robin Rice Lichtig. Our 2013-2014 season includes LFL’s Class of ’70, LUZ by Catherine Filloux and Body Awareness by Annie Baker.

werking, created/improvised by the ensemble

It ís what happens when work and our private lives collide.

I come from a long line of comics with heart trouble. Throw in childhood depression, high blood pressure, alcoholism, drug addiction, adultery and divorce, and what you get is just another average American family story. But it’s mine, not yours.

It starts with a trip to the emergency room with chest pains. What follows is a look back to what led me up to that moment and how dead astronauts played an important enough part of my growing up that I put them in the title. It’s an honest and somewhat open look at my life, which like any life is equal parts comedy and tragedy.

“…summer camp, a visit to the Great Wall of China, and involvement in a secret plot controlled by two mysterious German agents named Hans and Dieter is indicative of the inspired lunacy that sprang to life onstage.” – Keith Waits, Arts-Louisville review of Buy the Book, presented during SLANT 2012.

The Gardeners (a robot memory play in one act) written by Rachel White, designed by Patrick White, directed by Brian Hinds

A robot tomato gardener tells tales of a life of abandonment and loss amid a chaotic family of plugged-in humans. Combining theater, sculpture and music, the play is a dark art house comedy sci-fi fable of our present state of virtual connectedness.

“The human characters are preoccupied with shallow, materialistic business and social interactions, while the robots are focused entirely on nurturing life. The point is not a subtle one, yet it is subtly dramatized in monologues from the robots that are beautifully articulated in language that is graceful and compassionate.” – Keith Waits, Arts-Louisville

Marrow Street Theater is a not-for-profit theater company dedicated to the development and production of new short plays. Our goal is to help revive a quickly disappearing art form – the 30- to 60-minute one-act. Every opening night is a premiere, and every premiere is a risk.

This is My Heart For You, written by Silas House, directed by Michael Drury

An honest attempt to unravel the religious, social and deeply emotional social complexities of one of the most misunderstood religions in America. There are dark, difficult questions pressing down on the people of Apppalachia that can only be solved from within.

Theatre Du Grand-Guignol The Final Kiss by Maurice Level and Tics, or  Doing the Deed  by Rene Berton, directed by Tony Prince

Savage Rose offers two definitive plays from the Theatre du Grand-Guignol in Paris in the early 20th Century. Theatre du Grand-Guignol (the literal translation is “Theatre of the Big Puppet”) ran from 1897 to 1962 and specialized in brutally naturalistic styles of both tragedy and comedy. The Final Kiss deals with revenge and a crime passion, while Tics, or Doing the Deed is a hysterical sex farce dealing with two couples’ desperate pursuits of adultery.

“(Savage Rose is) an absolute dream for any theater fanatic who favors the great works.” – Kate Barry, Arts-Louisville

Thom Pain (based on nothing) by Will Eno, directed by Mike Brooks, featuring Gil Reyes

See Thom. See Thom try. Try Thom, try. In a hilarious and heartbreaking display of humanity, Thom Pain subverts the tropes of solo performance and, perhaps in spite of himself, forges an unforgettable bond with his audience. An illuminating autobiography of a trying man, Thom Pain (based on nothing) is a lyrical puzzle box that promises an unforgettable night at the theater.

Thom Pain (based on nothing) is one of three plays that sparked a conversation on aesthetics between three friends and led them to become three Co-Artistic Directors. Theatre [502] isn’t bringing this rare treat back to the stage — we’d argue it never left. With an updated script and an extra five years of collaboration, we offer you this rare glimpse at not just our heart, but maybe your own. Don’t miss this chance to experience the play that helped propel Will Eno (now familiar to Louisville audiences for his 2013 Humana Festival offering Gnit) to his standing as one of the most important theatrical voices of this generation.

In The Pony Palace/FOOTBALL by Tina Satter, directed by Alec Volz

High school football culture goes lateral in this clever subversion of the gridiron that features peppy cheerleaders, a coarse coach, a mascot suffering identity crisis, dynamic heroes on the Owls football team, and an all-female cast.

Tina Satter has been described as a “rising experimental star” by The New York Times and named a 2011 Off-Off Broadway Innovator to Watch by Time Out New York. In the Pony Palace/FOOTBALL was named a Top 10 Show of 2011 by Paper magazine, among other honors, and Family was named a Top 10 show of 2009 by Time Out New York. Her other full-length plays include Seagull (Thinking of You), Away Uniform, The Knockout Blow and Nurses in New England. She is the artistic director of the performance company Half Straddle, a co-curator of Little Theatre at Dixon Place, and a featured director at Culture Project’s Women Center Stage Festival.

Play: A Comedy is a show that takes the heavy issue of domestic abuse and places it into the eyes of two innocents, Jessica and Joey, ages 8 and 9, who have just befriended each other. While smattered with tinges of comedy, watching these two youths struggle to understand mental and physical abuse is as shocking as it is true to so many around the world.

The Walden Alumni Theatre brings together local, budding artistic professionals so we can hone our crafts as a collective group. Using the framework of The Group Theatre, along with our own little nuances, we hope to bring new, challenging work to Louisville while remaining in the workshop setting, constantly experimenting with poignant, powerful forms of art.

Additional Activities on the schedule include:

A full calendar can be found at the SLANT website: 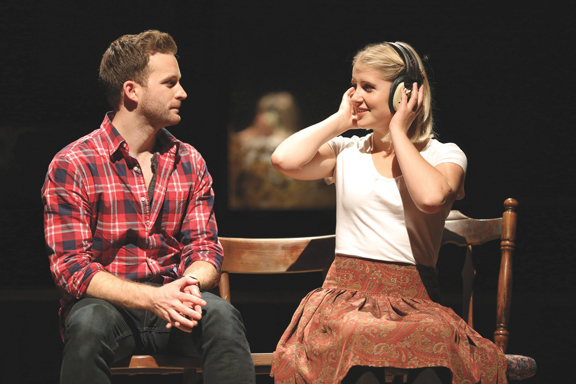 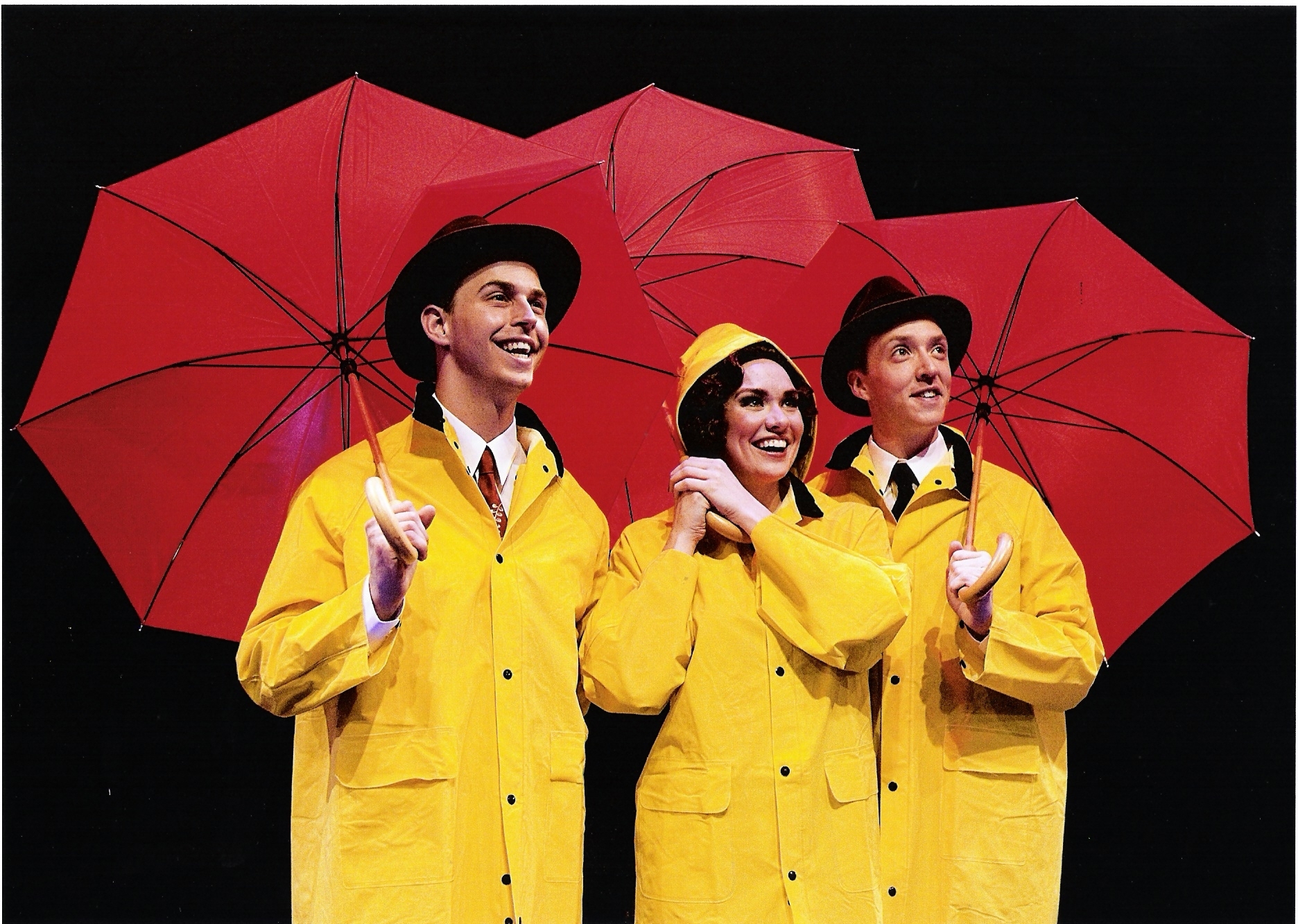