By Gounod
Directed by Daniel Pelzig
Conducted by Joseph Mechavich

The Overture says it all. The sound emanating from the orchestral pit under the baton of Emmanuel Plasson was nothing short of what a huge brewing storm would sound like. Deep, bellowing and sweeping strings mainly in the cellos alerted the audience to a sort of spoiler alert as to the tragedy that would befall the characters of this opera from the houses of the Capulets and Montagues.

As the curtain rises we see the grand hall of House Capulet, lovely and simple with finely dressed men honing their sword handling abilities in a dance. Enter the Montague crew who then challenge the Capulet charges to a duel and then scurry away as the Kentucky Opera Chorus regaled the audience with a prologue that sets the stage for the story of the fatal families. The KYO Chorus has a wonderful and diverse group of talented singers, but, this evening there were a few too many singers who I could single out from the others and cut offs were sometimes blind, but in all honesty, it did not distract me that much.

The lights become brighter on stage and suddenly the grand hall is bustling with excitement, filled with dancing and merriment, and interspersed with noblemen and women and masked characters, crashers from the House Montague. Enter Lady Capulet (Judith Youngblood), daughter Juliette (Ava Pine) and Count Capulet (John Arnold) singing “Soyez les bienvenus, amis” (You are welcome my friends), quite beautifully.

As the fête is well underway, Roméo Montague (Vale Rideout), rival to the Capulets, unmasks and tells his friends that he has had dreams/omens about that evening, to which his buddies tease him about his love for another, but Mercutio (Jesse Blumberg) sings of Queen Mab, a spirit that takes over in ones dreams in the lovely “Mab, la reine des mensonges” Mr. Blumberg absolutely nailed this aria and made it his own and judging from the cackles and sighs from the ladies that were sitting behind me he has more members to add to his fan-club. Unbeknownst to Juliette, she is being talked about for marriage to Count Paris by her cousin Tybalt (Marco Cammarota) but in talking with her nursemaid Gertrude, Juliette makes it clear that she is not ready for such a commitment in the oft performed “Dans ce reve, que m’enivre”, sang with beautiful clarity and youthful tone by Ms. Pine.

Coming back from another part of the house Roméo enters the grand hall once again whereupon he and Juliette cast their eyes upon one another for the first time. Yes. Deep, forever lasting love at first sight. Just as the new lovers are learning more of each other Tybalt enters and suspects that the masked gentleman is none other than his rival Roméo and readies his sword to enact revenge, but Count Capulet asks that he restrain himself and follow the protocol of hospitality and with that the group Montague bid themselves adieu.

As the curtain rises for Act II we see the courtyard of House Capulet and the famous balcony. Stealthily Roméo enters and begins his lovely aria “Ah! Lève-toi soleil” (Ah! Fairest Dawn Arise). Considered a showstopper of the opera Mr. Rideout certainly shared his love of his craft in this piece. Soft alluring vocal lines that called out to the one that has given his dark life light. Juliette comes out to the balcony and they share the sweet duet “Ah! Ne fuis pas encore!” (Ah, do not flee again) as they make plans to marry each other, in secret, the following day. Roméo scales the balcony to kiss his beloved and as he departs Roméo looks at the audience with the expression that one sees in a person in love for a brief second and the curtain descends.

The curtain rises again for Act II displaying a reverent holy place, the living quarters of Frère Laurent (Gregory Rahming) and his fellow friars. It is here that Roméo and Juliette spirit off too, in the cloak of darkness to have the kindly pastor bless and perform their marriage while Gertrude witnesses. As the wedding ceremony is being performed a very moving “Dieu, qui à fis l’homme a ton image” (God, who made man in Thine image), the Friar’s prayer for the couple was smooth as silk. Mr. Rahming’s bass touched all the sentiments and solidified what little I knew of him, that there is definitely a reason why he is sought out to be “Porgy” in “Porgy and Bess” productions.

Act II, Scene 2 we see an open market in Verona, with vendors and citizens milling about and Roméo’s page Stéphano (Raquel Fatiuk) comes out thinking that Roméo is still on the Capulet property and sings “Que fais-tu, blanche turelle” (gentle dove, why art thou clinging?) as a rouse to allow his master a safe passage out, instead, it incites a fight between himself and friend to the Capulets, Gregory. The role of Stéphano is certainly a great “pants role” for any Mezzo Soprano, and Ms. Fatiuk was sumptuous in her registry. I know that this is an aesthetic observation, but, as one who has played “pants roles”, I would have distracted from Ms. Fatiuk’s loveliness a bit more and made her more masculine. She was definitely sprite as a young boy, but, it was difficult to not see her still as a woman.

As the sword play progresses Tybalt declares that he will kill Roméo, to which Mercutio takes offense and defends his friend’s honor and fights Tybalt, only to be mortally wounded. From this death scene comes one of the best lines in literature ever “A plague on both of your houses”. Upon the wounding, Roméo takes up his sword and kills Tybalt, avenging the death of his friend. Cries of justice are heard from the townspeople and the Duke (or Prince, depending on your bent) of Verona charges Roméo of the crime and exiles him.

After a quick scenery change we see the newlyweds in the bridal bed, happy to be together. Juliette is sympathetic to Roméo’s plight and forgives him for killing her cousin. The couple is obviously heartbroken that this may be the last that they see of each other, but neither wants any other trouble but each find trouble in saying goodbye, which is evident in Roméo’s “Ah! reste! reste encore dans mes bras enlaces” (Ah! rest! Rest once more within mine entwining arms) and the duet, “Il faut partir, hélas” (Now we must part, alas). With a parting kiss Roméo leaves only for Juliette to be greeted by her Father, Gertrude and Frere Laurent. Duke Capulet informs Juliette that Tybalt’s final wish was for her to marry Duke Paris which causes Juliette distress. Duke Capulet and Gertrude excuse themselves to prepare for the wedding, leaving Frere Laurent behind presumably to talk to Juliette of the wedding expectations. Instead, the compassionate Friar offers a potion that will allow her to sleep, but have the illusion of death. In her rest the Friar would send word to Roméo and by his return she would awake to the sight of the Friar and her husband. She takes the vial and after much decision she drinks and collapses on her bed.

The curtain rises to a crypt where Juliette is laying on her funeral bed, while her parents pull a gauzy shroud over her. As the Capulets leave the tomb Roméo sneaks in and sees that his beloved wife is dead “O ma femme! ô ma bien aimée” (O wife, dearly beloved) and is overcome by the sight takes a vial of poison from his coat and drinks, collapsing at the foot of the bed. Juliette starts to come to and sees her husband laying there and Roméo forgetting for a little while that he was succumbing to the poison sees her rejuvenation and the two embrace “Viens fuyons au bout du monde” (Come, let us fly to the ends of the earth), only to realize that indeed death is overcoming Roméo. In response to his death Juliette wishes for the poison and learns there is not any left, so therefore grabs her husband’s dagger and fatally stabs herself. They lie on the bed, one on top of the other, together always. Indeed a tale of woe.

From the gorgeous costumes to the rich lighting (especially the balcony scene) this opera is top drawer. With director Danny Pelzig’s background in ballet, I loved the dancing that was elegant and appropriate for all involved and J. Barrett Cooper’s masterful sword fighting techniques always thrill me. All the elements are there for a great night (or afternoon) of Kentucky Opera. Bravo Tutti!
Roméo et Juliette 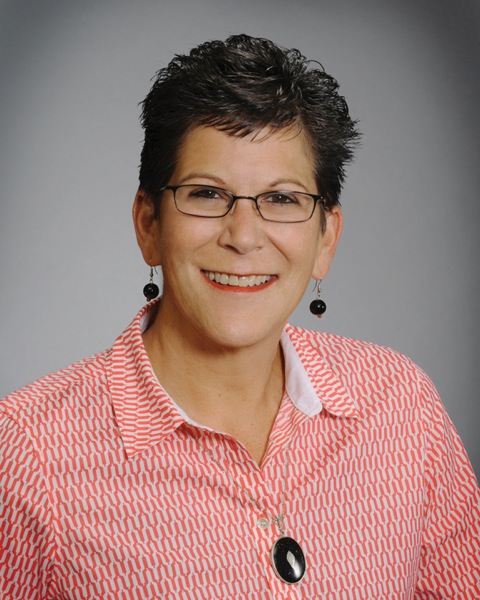