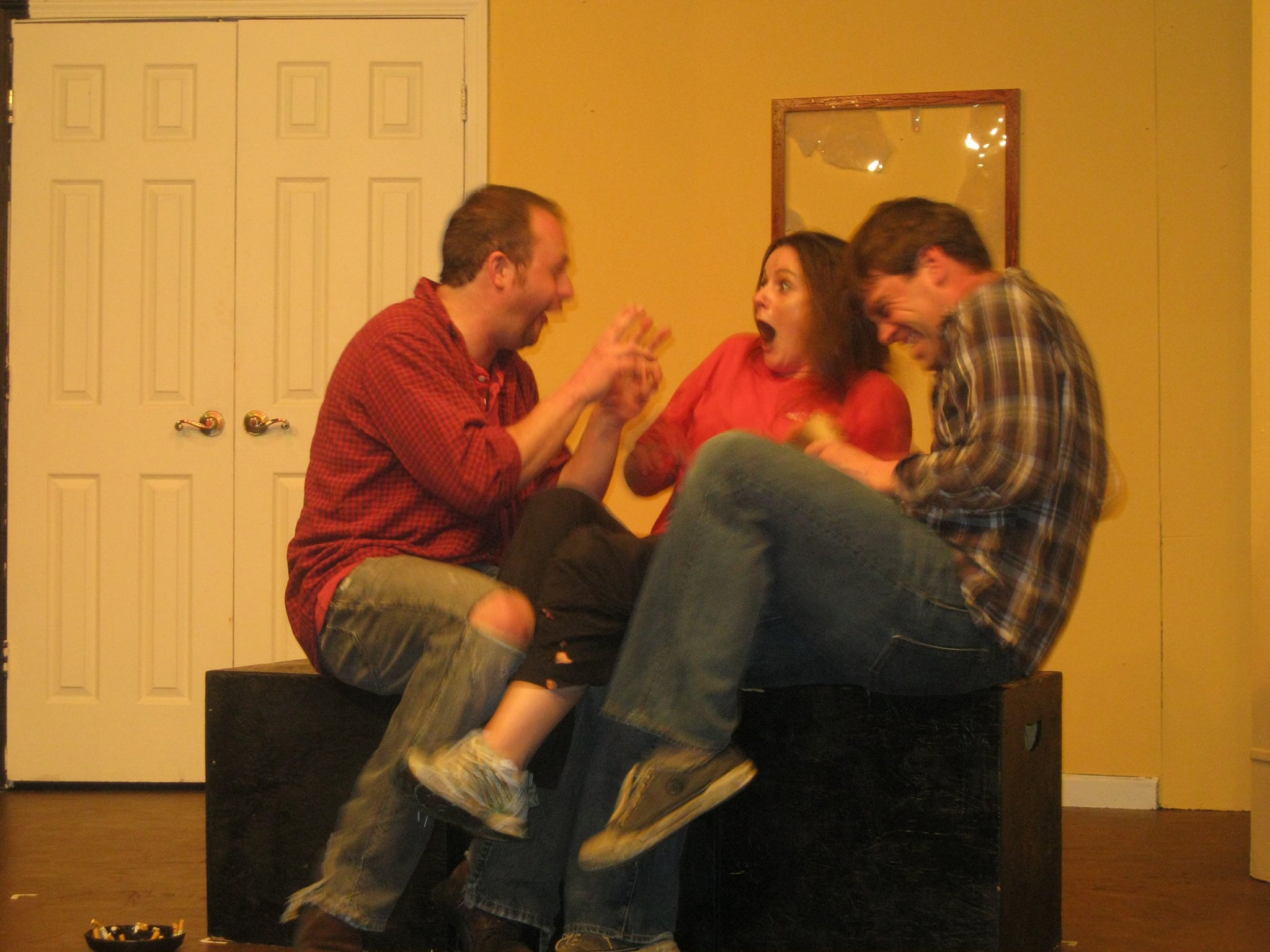 Finnigan’s Festival of shorts has a bit of a reputation for risk: theatre that, if it doesn’t exactly fly off the rails, it certainly takes the turns with one set of wheels off the track. It has been emulated, which might make founder Brian Walker feel the need to encourage an even wilder approach. Instead, in the last two tears, there has been demonstrably more discipline and focus in both the writing and direction.

Interestingly, festival number seven carries an overriding concern for aliens and alien worlds that arrives by chance but is reinforced with Walker’s Alien Study Serial, a series of scenes that introduce the evening and reoccur between each play.  A clever and ribald riff on the cliché of aliens abducting and probing human subjects, it slowly works up a slightly more serious observation about human connection among the laughs and nicely sets the tone for the evening. Victoria Reibel makes for a spooky extraterrestrial.

Some of the non-alien stories, such as Becky LeCron’s comic examination of technology addiction in MMC Intervention, still take a speculative perspective on the conflict between man and machine that fits the science fiction parameters. Bryce Woodard’s The Feminist Mystique manages to lampoon male chauvinist outrage at the coming of Betty Friedan’s seminal text through an awkward fantasy structure that does allow distance enough for the outmoded attitudes to seem alien. The Art of Card Selection by Ben Gierhart keeps a slight hold on the Twilight Zone vibe with a zany tale of a man named Prosper who has a magical gift for selecting the most perfect greeting card for any occasion. The notion that such a mundane task could be perceived as special power is a fun idea, and combined with a well-calculated melodramatic turn by Jeremy Sapp, it works.

Hiding on Jupiter, by Ben Unwin, touchingly embraces the fantasy of another planet as an escape for a young boy (Corey Long) surviving a troubled childhood with the aid of an imaginary friend, played with aristocratic charm by Brian West, while Nancy Gall-Clayton’s Zimy and Zog Visit Earth imagines a post-apocalyptic look-see from two goofy alien archeologists given wacky comic life by Becky LeCron and Joe Hatfield. Rachel White mixes equal parts Ray Bradbury and Rod Serling in her Mars colonization tale Where the Red Dust Blows, which features an unfettered physical performance from Natalie Fields.

Off the otherworldly track, Andy Epstein’s Over the Edge is a tidy study in human failing and redemption that, while a little predictable, is well observed and served up in two good performances by Epstein and Jane Mattingly. Less successful is Blue Scatters Most by Nicholas Hulstine, with its grim depiction of drug addiction. The frenetic energy of the performance seems authentic but perhaps a tad over-stated, and the moralistic conclusion comes off as heavy-handed. I also was not completely won over by David Clark’s Hippopotamus in the Room, a non-sensical and pointless tale of homicidal madness and mayhem that did elicit strong laughs through the very good playing of Andy Epstein and Briana Clemerson.

Overall the tone of this year’s festival is much more serious than previous collections, and the single strongest piece was mostly devoid of humor. Eli Keel’s Choke Room is another script that carries its sci-fi status very lightly, with a concentration on violent human spectacle as entertainment and how reality forces its way into illusion. The action is ostensibly set in a haunted house, but it is just enough removed from reality that feels like some very near future. It also included the two best performances of the evening in fierce and committed work from Tamara Dearing and Jeremy Sapp.

Quality of performance was generally high, with the team of directors providing a steady hand along the way. The introduction of different, more dramatic tones is a refreshing shift that suggests that Finnigan’s Festival of Funky Fresh Fun is maturing, not content to settle for sheer outrageousness. It was a strong year creatively, and the risk taken is more about growing ambition than serving up superficially “shocking” material. It whets the appetite for number eight. 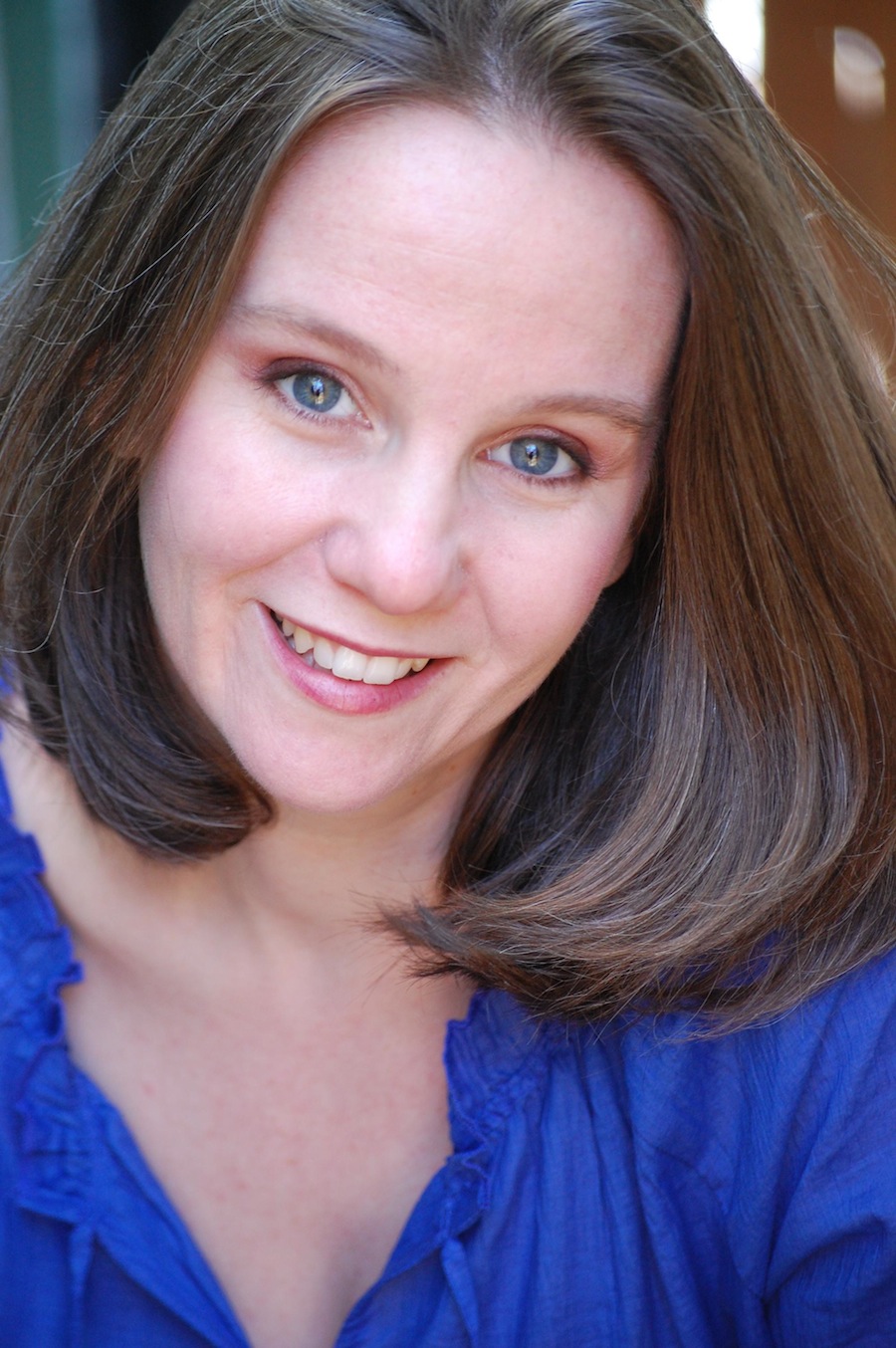