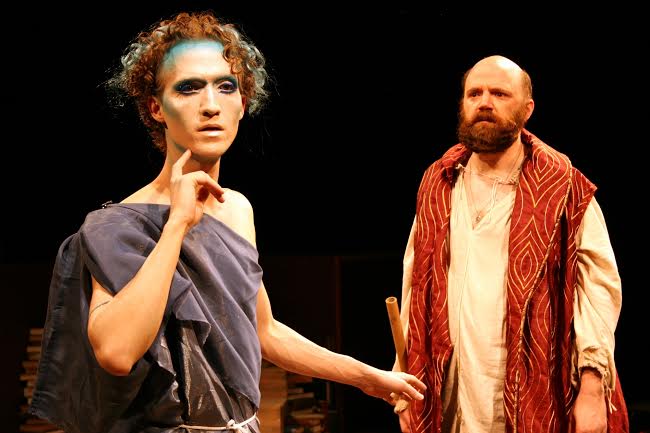 Neill Roberston and Brian Hinds in The Tempest.
Photo-Kelly Moore

The Tempest is one of those Shakespeare plays where I wait in quiet longing for the speeches; I root for them like hit songs at a concert. They are so beautiful and evocative of the world they describe. In The Tempest, the words are what create the set and scenery, and the people who speak these words are small in comparison to them. After seeing the production by Savage Rose, I wanted to come home, curl up and read them again.

In this particular production, director Kelly Moore does well to let the play speak for itself, particularly in those speeches. Her style is straight forward, with little magical and even horrific touches thrown in. There is a book that opens of its own accord. There is Arial’s blue ethereal skin, striking against the plain dress of Miranda and Prospero.  There is the ragged deformed body of the sulky plotting Caliban (Gerry Rose), not to mention his mother Sycorax, whose movements resemble something out of The Grudge. These magical elements combine with the natural delivery of the actors to create a moving yet strange tale. Moore’s actors follow her lead, approaching the text with passion but also with disciplined simplicity.

No one embodies this philosophy better than Brian Hinds, who, accept for being tall, no more resembles the classic image of a powerful wizard than any one of us, yet it works perfectly. His Prospero embodies both a lost sailor and a wise professor; he is eccentric yet kind, and he seems more emotionally wounded by his brother’s betrayal than he is angry. The anger seems almost like a façade for deeper feelings. Of all of the actors it is Mr. Hinds along with Neill Robertson as Ariel who handle the language with the most control and specificity. This is particularly apparent in Prospero’s opening speech, which, although long, feels layered and specific.

Behind Prospero is a strong ensemble, with Tony Pike as the Ferdinand. His facial expression alone when he washes up on the shore could tell of his emotional condition.  His father, Alonso, played with equal agony by Tony Prince, shares his grief. He has good chemistry with Melinda Beck as Miranda, and the scenes between them are sweet and honest without feeling too sentimental.

Moore relies on music to create atmosphere, and this works for the most part, as the story takes place along the sea. It sometimes becomes overpowering, and there were a few places where I lost the words due to other sound cues going on. Also more clarity during the major group scenes would have helped pushed the action forward.

The themes of grief are so inherent in this work, the characters are each wounded in their own way. Even the most wretched, like Caliban, is haunted or tormented by internal pain. This is something the actors capture well, but they also get what’s funny.   The play embodies so many genres it’s hard to know what it is: a thriller, domestic tale, fantasy and comedy complete with dazzling insights into the human condition. The ensemble embraces these elements, always aiming “to please” and succeeding in the best way. 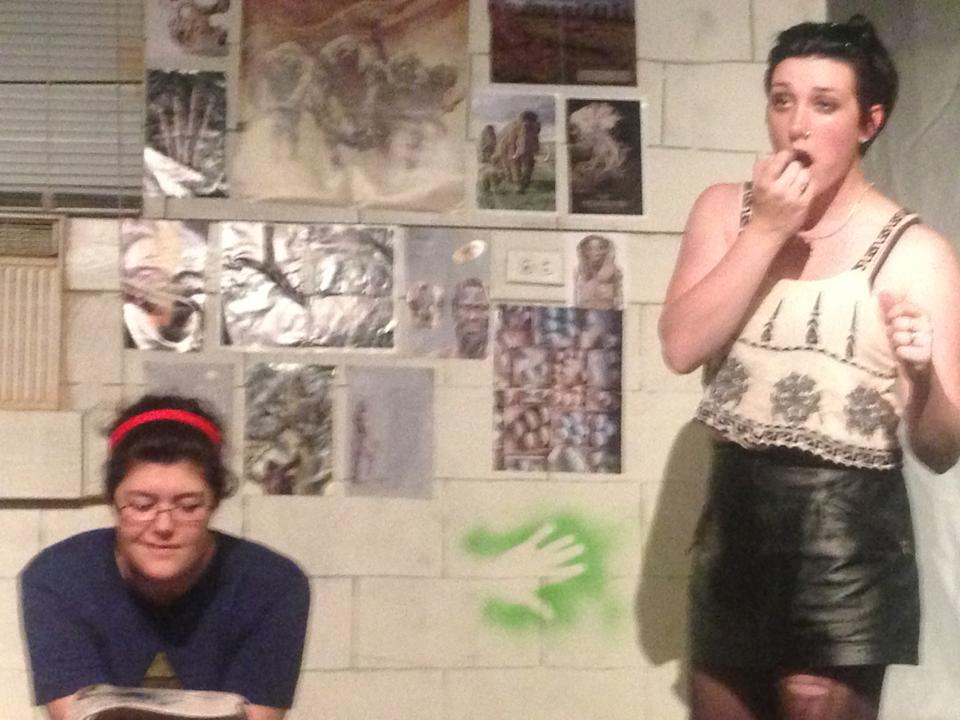 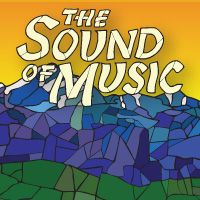