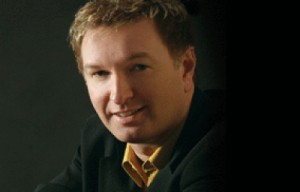 In his remarks after the opening Overture to Oklahoma (Rogers and Hammerstein) Mr. Abrams invited the audience to expand their definitions of the classics. He also spoke passionately about what American music ‘should’ be, lifting up the versatility of all composers on this program to cross genres and mediums with their compositions.  The evening then proceeded to demonstrate the versatility of both the musicians in the orchestra and Mr. Abrams’ conducting across the range of pieces in the evening’s program.

I was repeatedly aware of the clarity and precision of the interpretation of these works, as each solo or group of instruments’ entry into the pieces was highlighted, pinpointed almost, so that the audience could appreciate each new voice as it layered into the harmonies. Indeed, during Oklahoma’s Overture I heard instruments in this familiar piece of music as if for the first time.

In a program celebrating music of America it was an interesting choice to include the Kurt Weill/Bertolt Brecht collaboration The Seven Deadly Sins composed in 1933, two years before Weill made his way to this country. One wonders how this epic journey of morality through American cities might have shifted if he had written it once he had personal experience of this country, and Hollywood in particular. Of course, the 1930’s saw the whole world responding to both financial woes and the rise of nationalism – composed in the shadow of Kristallnacht and four years into the American Depression with wholesale migration to find work, there is a universalism to the Annas’ desperate quest. Joining the Louisville Orchestra for this piece were soprano Storm Large and the group of male singers Hudson Shad – both of whom performed this work with Abrams at the Britt Classical Festival this summer, of which he is also music director.

The Seven Deadly Sins originally embraced choreography by George Balanchine when it premiered in Paris in 1933.  Since then it has had a checkered ballet history, including a version by Kenneth MacMillan and a more recent recreation by Lynne Taylor-Corbett with Patti LuPone and Louisvillian Wendy Whelan as the two Annas.  I’m a fan of semi-staged, concert works that allow arts organizations to bring to the stage pieces that might otherwise be too big or too expensive for a season, or to reintroduce audiences to work that has disappeared from mainstream programming. The evening’s suggestion of a cabaret-style setting evokes the original period of the piece. Ms. Large brought high kilowatt energy to the double role of both Annas, a challenging combination; not being familiar with this work I was not always sure as to which of the Anna’s she was, despite the super titles used during this piece.  At times Ms. Large’s vocal choices reminded me of Ute Lemper’s approach to Weill’s songs. The Hudson Shad singers were impressive, clearly demonstrating their familiarity with this work. The partly-accapella Gluttony’s harmonies reflected the American barbershop quartet aesthetic. From a theatrical point of view there were times that the story telling was less than clear; for example when Large sat at the cabaret table; was she the performer resting or either of the Anna’s—these choices were not consistent. Also with the Hudson Shad singers it was not always pellucid as to when they were reacting to the Annas’ experiences as ‘the family’ or as the performers. The orchestra created the aural world of the odyssey, effectively creating both a backdrop for the singers, and swelling to the forefront when the instrumentals took the lead in the story telling.

After the intermission, we stayed in the 1930’s but moved to a completely different world with George Gershwin’s New York Rhapsody for Piano and Orchestra with guest artist Kevin Cole at the piano. This rhapsody was, in a shorter version, part of the 1932 movie Delicious. Gershwin expanded the work into what is also known as The Second Rhapsody.  This piece has tantalizing echoes of his ‘other’ rhapsody that is much more familiar to today’s audiences. As played by the Louisville Orchestra and Mr. Cole the intricate inter-relationship between piano and orchestra was lifted up into an, at times, almost playful conversation between the two. Mr. Abrams clearly revels in the sweep of Gershwin’s melodies, playing with an almost-precariously lazy back phrasing of swelling chords before allowing them to tumble into the next musical phrase. In an obviously programmed, but not promoted, Gershwin medley Mr. Cole held the audience in thrall to his mastery of the Gershwin oeuvre. Closing one’s eyes it is possible to imagine that it is Gershwin himself playing, as he summons up the rhythms and energies of the recordings of the old piano rolls. In the ballads he brings a tender lyricism to the keys and the audience almost held its breath lest they might miss the barest wisps of notes.

Rounding out the evening was the concert suite of Aaron Copland’s ballet Rodeo, entitled Four Dance Episodes. Again, Mr. Abrams clearly relished the breadth of emotions in this piece: at times his physicality suggested he was ready to ride or join in the dance; and then there was the delicacy with which he coaxed out the subtlety of Corral Nocturne; he also frequently took advantage of the composer’s suggestions of ‘perky’ and ‘with humor’ in his approach to the four episodes. As already stated, the orchestra played with clarity and precision, allowing each of the instruments to be in the spotlight as called for in the score. In this piece I was particularly aware of the variety of percussive instruments that are used to evoke the American West of the cowboys. The exchange between conductor and brass, taking full advantage of the extended rests in Buckaroo Holiday, delighted the audience as it felt that each was daring the other as to how long each particular rest should last. Swept away by the energy of the final piece, the audience was all too ready to applaud at the apparent end of Hoedown, only to receive a sly grin from Abrams as he swung the musicians into the actual finale. After which the audience rewarded musicians and Abrams with sustained applause.

The life in the performance of Rodeo brought home to me how unfortunate it is that budgetary concerns limit the number of times Louisville audiences get to hear live music for ballet performances. How wonderful it would be to bring such a vibrant interpretation of classic American ballet music to the dancers of the Louisville Ballet.

The evening’s playbill also includes Scott Dowd’s interview with Teddy Abrams and a full-page promotion of “musicwithoutborders”, the Louisville Orchestra’s new neighborhood initiative.  Drawing on his experience with the Detroit Symphony Orchestra, Abrams is extending the orchestra’s reach both geographically and programmatically, giving Louisville audiences greater opportunities to hear more music in both large and smaller ensembles.

Kathi E.B. Ellis is a member of the Lincoln Center and Chicago Directors’ Labs and an associate member of the Stage Directors & Choreographers Society. She has attended the LaMama Directing Symposium in Umbria, Italy, and is featured in Southern Artisty, an online registry of outstanding Southern Artists.  Her directing work has been recognized with nominations for the South Florida Theatre Carbonell Award.  Locally, Kathi is a member of Looking for Lilith Theatre Company, a founding principal of StageLab theatre training studio, and is part of ShoeString Productions an informal producing collective. She has written book reviews and articles for Southern Theatre, the quarterly publication of the Southeastern Theatre Conference, and was a contributing writer for JCPS’ textbook for the 11th grade Arts and Humanities survey course and for YouthArts Tapestry, a Kentucky Arts Council publication.[/box_light] 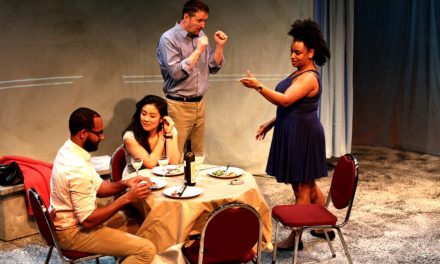 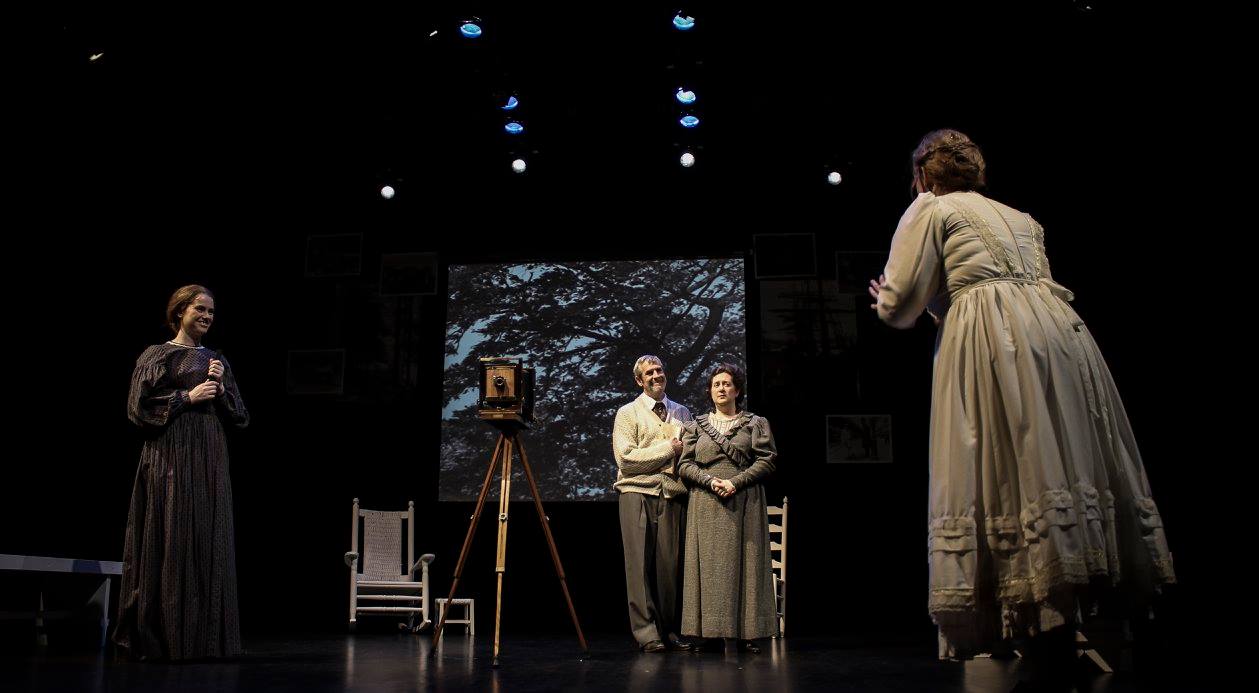