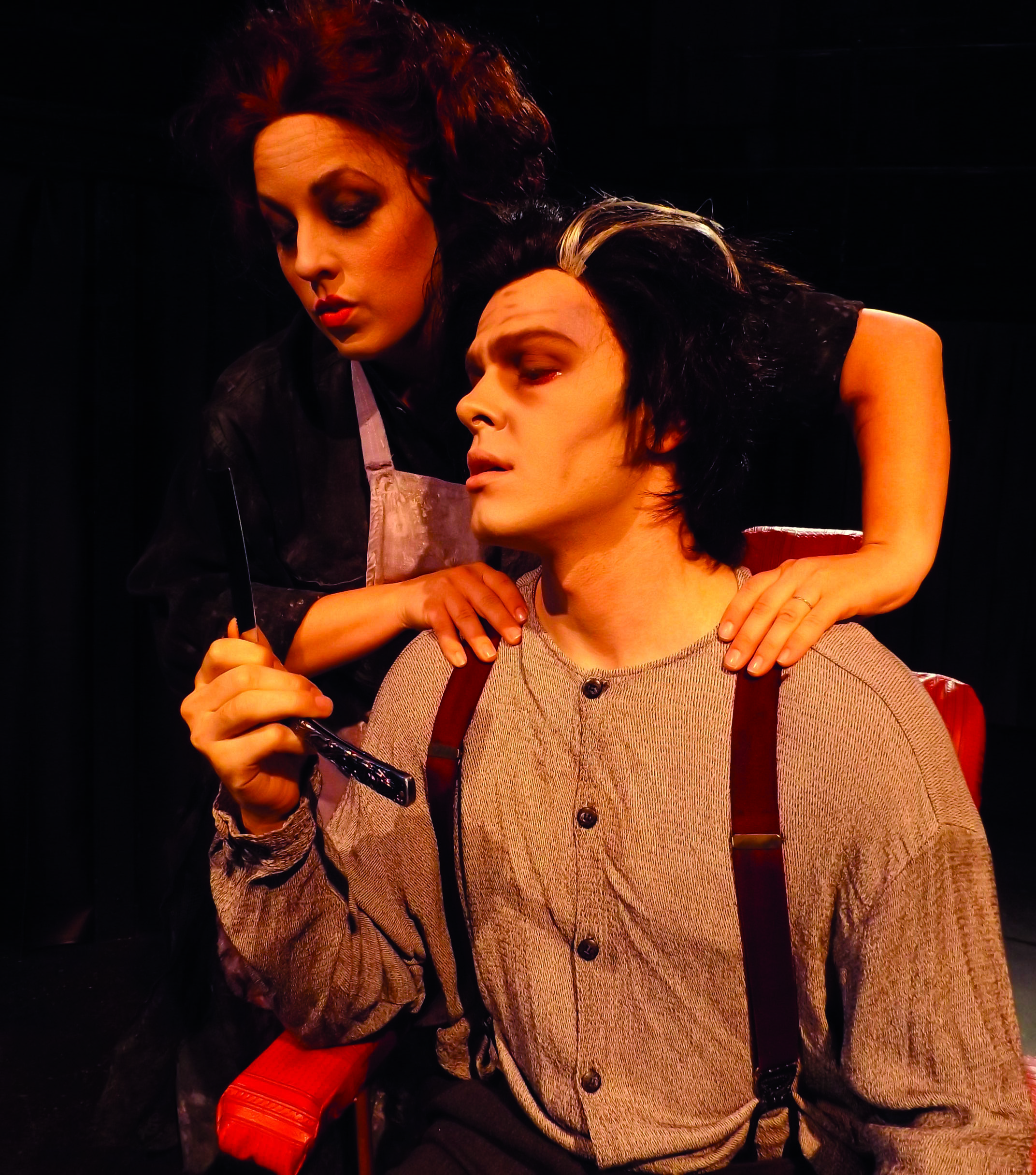 Music & lyrics by Stephen Sondheim
Book by Hugh Wheeler, based on a play by Christopher Bond
Musical Direction by John Austin Clark
Directed by John Leffert

If you ask why Stephen Sondheim is so revered, you could answer with a lifetime of great work beginning in the late 1950’s, but I often think his claim to being the greatest musical theatre artist of the last 50 years results primarily from three shows that best represent his inventive genius: Sweeney Todd (1979), Sunday in the Park With George (1984), and Into the Woods (1987).

They are not easy shows to do. Perhaps nothing about Sondheim is easy, but these require strong voices and a sure hand at the helm to navigate the rich narrative complexities. Since we are at CenterStage and the director is John Leffert, we can be confident on the latter count, and he has always displayed a knack for casting to serve the former.

The story of the barber, Benjamin Barker, returning to London after 15 years incarcerated in Botany Bay for a crime he didn’t commit but now calling himself Sweeney Todd, is a dark and bloody tale that is familiar to most audiences: perhaps too familiar, since the opening night audience was sluggish in their response to an exemplary performance.

Jennifer Poliskie is one of the most assured musical theatre talents in town, and she does not for a moment squander the comic potential of Mrs. Lovett. Yet there was a very low-key reaction to her detailed and inventive performance of “Worst Pies in London.” Eventually the audience woke up enough so that by the time she and Sweeney were singing “A Little Priest” the laughs were flowing as easily as the score.

In style, Austin Lauer’s Sweeney Todd seems a nod to Johnny Depp’s cinematic rendition, but with the added benefit of a strong voice and more melodramatic reading of the vocals. His grim portrayal helps establish the horror-film tone of this production, built on a foundation of carefully constructed chiaroscuro lighting effects and Grand Guignolesque sets and costumes.

I loathe simply cataloguing supporting players, yet I would also loathe overlooking any member of this colorful cast: Russ Dunlap’s vile and perverted Judge Turpin, Wesley Thomas’ Dickensian Beadle Bamfort, Margo Woolridge’s mellifluous Johanna (although a little too much wig), Mitch Donahue’s stout-hearted Anthony, Jessica Adamson’s full-voiced Beggar Woman, Josh O’ Brien’s outrageous peacock of a Pirelli, and most especially Andrew Hughes, who captures all of the pathos and pity of Tobias Ragg. A reliable ensemble does a good job with the recurring “The Ballad of Sweeney Todd”.

Musical Director John Austin Clark leads a 15-piece orchestra, the largest I can recall at CenterStage in recent years, and there are subtle details in the orchestration that remind us that Sondheim’s score is a vital and ever-present character in the story.

In this historic 100th anniversary season, it is clear that CenterStage is just getting better and better at staging classic musicals. The technical and design work has grown ever richer, giving tremendous depth to the look and feel of of things, and the quality of performance has risen to a consistently high level, making this one of the surest bets in local theatre. 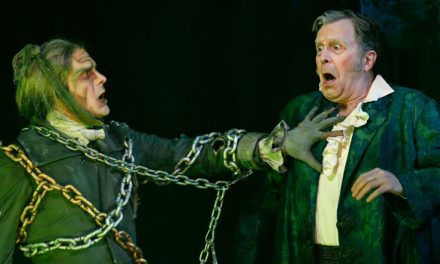