Music by Stephen Flaherty
Book and lyrics by Lynn Ahrens
Based on the novel My Love, My Love by Rosa Guy
Directed by John R. Leffert

I see a lot of theatre, but somehow I’ve never encountered Once On This Island until this CenterStage production. The story in this lively one-act musical seems slight, especially in comparison to the weightier shows that have dominated the past few generations of musicals: Les Miserables and The Color Purple for example, both given terrific productions by this company in recent years.

Yet the modest concept of a musical folk tale set in the French Antilles (Haiti) is perhaps most appealing for its lack of overbearing grandeur. Its charm also comes from an emotional and evocative score that relies on choral arrangements. Although there are significant solo moments by individual characters, the tone and energy of the show is driven by the ensemble’s performance as a chorus. It emphasizes the connection to oral storytelling traditions and the fabric of community within an island village.

The story incorporates elements of Romeo & Juliet, with two young people, the peasant girl Ti Moune (Cierra Richmond) falling in love with Daniel, one of the ‘grand homme’, members of the upper class elites. She proves herself worthy but the difficulty of overcoming the class divide proves a challenge. The narrative is framed as a near-mythical tale passed down the generations.

Strong voices are not unusual at CenterStage, but this particular ensemble boasts a greater number of potent and expressive vocal performances than is typical. It is perhaps essential in a show with so little dialogue. The narrative is carried through a running score that makes this feel at times closer to light opera than a “musical.” Movement is also given great importance, and Frank Goodloe III’s choreography is key in a production that literally never stops. The dance is simple but expressive of both character and culture and becomes an indispensible part of the storytelling.

The acting is also fairly unified, and Cierra Richmond is perfectly cast as Ti Moune, in good voice and with a gangly-limbed grace that captures the youth and exuberance of the character. Alfred Jones, Jr. is not as strong a singer as the other principals, but he fills the bill of the handsome male lead with solid charm. Audrey Ligon, Jr., Tymika Prince, Tamika McDonald and Alonzo Richmond essay the four gods, or spirits in fine form, with Mr. Richmond relishing his Papa Ge figure of death with one of the best evil laugh builds I’ve seen in a long time. As Ti Moune’s adoptive parents, Patricia Mathison has a voice that kind of blows the roof off the place as Mama Euralie, and Troy Bell matches her in authority as Tonton.

Melissa Shepherd’s costumes are a barely-contained explosion of color and ornament that cross Caribbean and African motifs, and the design team works in concert, with scenic deign by Michael F. Hotois and lighting by Theresa Bagan that finds all of the nuance of the color scheme. The design work and staging derive tension from a careful balance between the modest foundation of the material and the carefully judged ambition. Leffert uncharacteristically places the smaller orchestra in the background of the set rather than in the pit configuration he usually employs, but it is a sound choice that helps push the energy out to the audience.

And, not for nothing, but it also counts as another CenterStage show that fills the stage with an abundance of African-American talent that seems too often hidden from the local theatre scene. Once On This Island is scripted to allow changes that accommodate a multi-ethnic cast, a compromise often found in local community theatre productions, but Mr. Leffert’s knack for casting keeps the vision of a distinct culture intact. 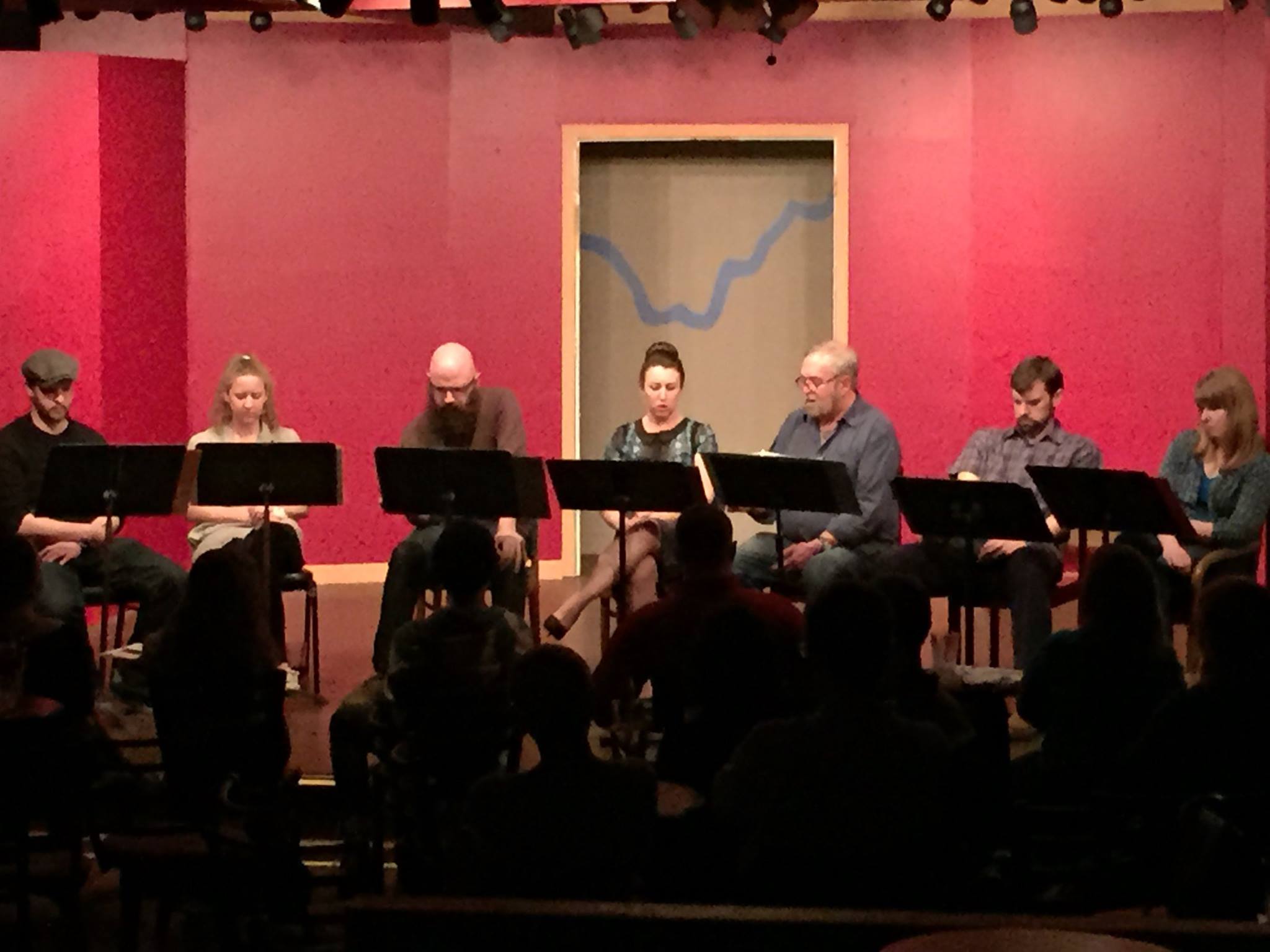