The Humana Festival of New American Plays continues with the world premiere of Steven Dietz’s This Random World, directed by Meredith McDonough.

World succeeds on every level, with beautiful performances from each actor, incredible direction, and beautiful set, sound, and light design. It’s the sort of play you walk away from having fallen completely in love with every person on the stage, and feeling nothing but gratitude for the playwright and the director.

The ensemble shares equal stage time. Mathematically speaking someone must have the most lines (probably Beth Dixon or Tim Ward), but there is no single focus. There are also no bad guys or good guys. The characters connect, and disconnect, and fight and get frustrated, but the audience is equally invested in all the characters.

Exploring the intersecting relationships of our random world is by no means a fresh idea. Often these kinds of play or films rest on the dramatic irony of the audience knowing how the characters connect, even though the characters themselves are unaware. 90% of the drama is the viewer wondering if the people onstage ever figure it out. While World occasionally plays with our emotions over these possible connections, each scene has real dramatic heft in and of itself. The characters are struggling, crying, and connecting with each other and it doesn’t in any way rest on the relationships that they don’t know they have. Because of this the audience is invested in every interaction.

The scenes clip along at a lightning pace. At just an hour and half with no intermission, the fast set changes, multiple locations, and relatively short scenes gave this play a cinematic feel while still offering the sort of emotional intimacy that only comes from live theatre.

There is also a tendency for the characters in World to speak Deep Truths. Those sorts of aphorisms and observations normally annoy me in a script, but in World they never feel unearned. Rather, I find myself already itchy to re-watch this play and eventually read it to comb over the philosophy.

While the moments of deep emotions and beautifully worded philosophy are what stuck with me as I walked out of the theatre, the play is also fast and funny, delivering constant comedy that comes from the characters and their foibles, including numerous instances of the laughter that comes from a place of painful self recognition.

This Random World manages the neat trick of employing my least favorite theatrical tricks and tropes but doing them all in such a beautifully honest way that they felt fresh, real, and earned. 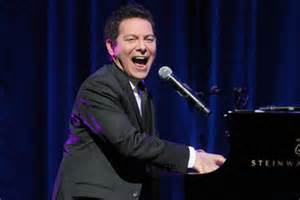