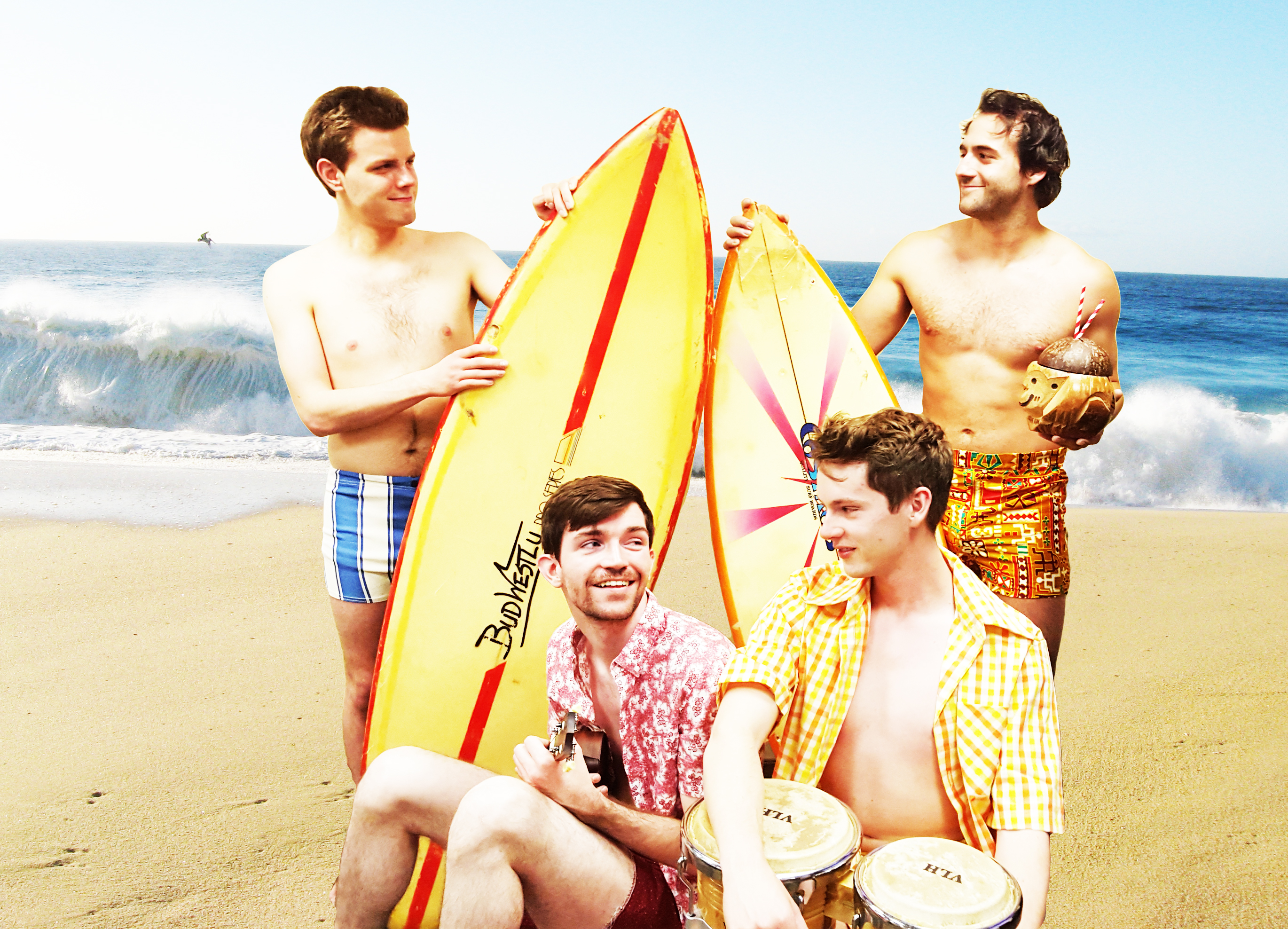 Charles Busch premiered Psycho Beach Party in 1987, 20+ years after the peak of the “Beach Party” movies that secured the places of Annette Funicello and Frankie Avalon in the pop culture firmament. The source material was impossibly naïve about sex while trafficking gleefully in a 1950s pin-up aesthetic that was quickly becoming dated.

But Busch’s canny script injects the false innocence of middle-class kids frugging on the beach with a modern penchant for aberrant psychological conditions — most notably, multiple personalities. It imagines a Gidget reboot named Chiclet (Gerry Robertson) hitting the Malibu beach with her buddies: the conceited blonde bombshell Marvel Ann (April Singer) and the nerdy wallflower Berdine (Kelsey Thompson). The trio hope to attract the attention of some of the hunky surfer bums who populate the beach each summer.

Those surfer bums are led by Kanaka (Remy Sisk), a suntanned mystic, and the more grounded Star Cat (Michael Lee Stein), who is actually a psych major. Throw a movie star (Leah Roberts) and Chiclet’s overbearing mother (Jason Cooper) into the mix, and you have a scenario ripe for silly conflict and arbitrary resolution.

Director Gil Reyes’ production is filled with clever popular culture gimmicks and inventive physical shtick. Mr. Robertson is especially adept at carrying off the risky and ridiculous plot device of a mysterious, otherworldly influence that exerts itself on Chiclet. There is some flavorful choreography from Alfred Jones, Jr.; excellent sound design by Laura Ellis that identifies familiar snatches of 1960s L.A. music without resorting to a lazy juke box format; snappy lighting from Jesse Alford; good costumes from Lindy Chamberlin; and a nifty set designed by Karl Anderson.

Yet the whole thing, as funny as it is, feels as if it doesn’t quite reach the giddy heights it aspires to. Playing to the first audience on opening night can often be the final ingredient that allows a show like this to find itself. There is so much good stuff happening here that it may seem churlish to make the observation, but I can’t help but feel like Psycho Beach Party is a performance or two away from realizing its full potential. An early surfing sequence built of rapid vignettes, each more suggestive than the last, perhaps comes closest to capturing the lunatic, nudge-nudge-wink-wink edge that Mr. Reyes is shooting for.

Still, it may be more than satisfactory to revel in the pleasures of Gerry Robertson, who builds a characterization that goes well beyond the “man in a dress” gimmick that would defeat a lesser talent. It doesn’t take long to simply receive his Chiclet on its own terms. I also found Kelsey Thompson’s Berdine to be a particularly well-executed comic construction. Her best scenes come with Robertson and Jason Cooper, a fountain of domineering psychosis in a Laura Petrie wig. These three form a formidable team. Leah Roberts is a magnificent, preening narcissist as movie star Bettina Barnes, with April Singer equally effective as the even more self-absorbed Marvel Ann, both actors every inch the consummate professional. Eric Sharp and Charlie Meredith fill out the supporting roles of Provoloney and Yo-Yo with antic comic energy cut with a modicum of compassion. Remy Sisk gives Kanaka a lazy, insouciant, Nicolas Cage-like physicality and line delivery, but he misses the authority that would seem to be required for the character. Michael Detmer and Sabrina Spalding nicely fill out the ensemble as utility characters.

Psycho Beach Party is this season’s example of what has become a Pandora trademark: a heady cocktail of nostalgic pop culture kitsch overlaid with a modern sensibility — the kind of ironic and self-referential entertainment that was nearly nonexistent before the 1980s. Playwright Charles Busch, with no small debt to Charles Ludlam, has certainly done his homework, and the text provides ample opportunity for any production to deliver a delightful, satirically entertaining piece. For Mr. Reyes, this play may feel a bit like a holiday from the challenges of more complex material, such as Theatre [502]’s production of Failure: A Love Story earlier this season, which brought out the very best in him. He brings impressive skill to the staging of Psycho Beach Party as well, a piece that absolutely relies on cliché and formula to fully register its intended effect. 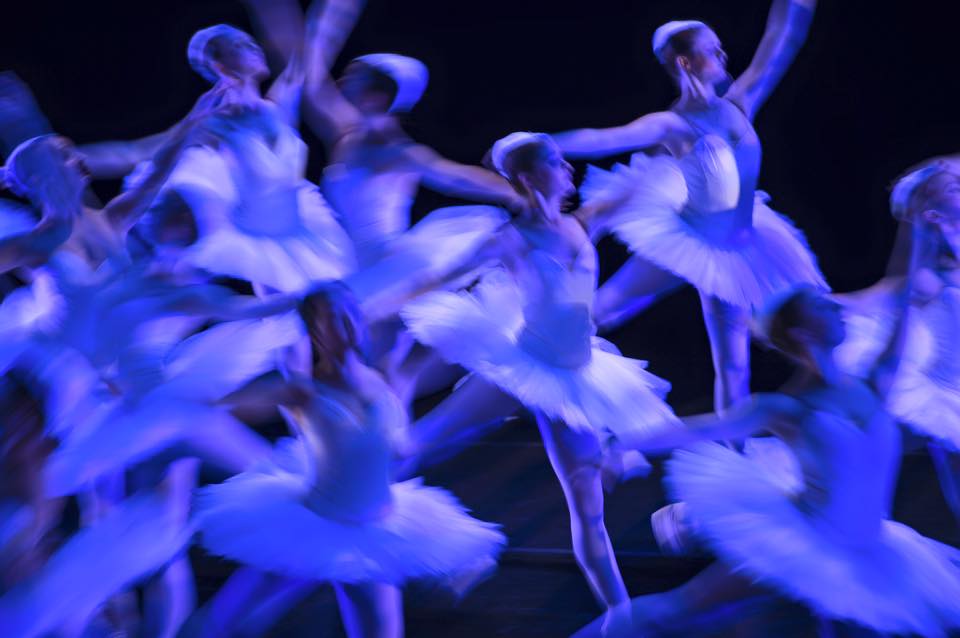 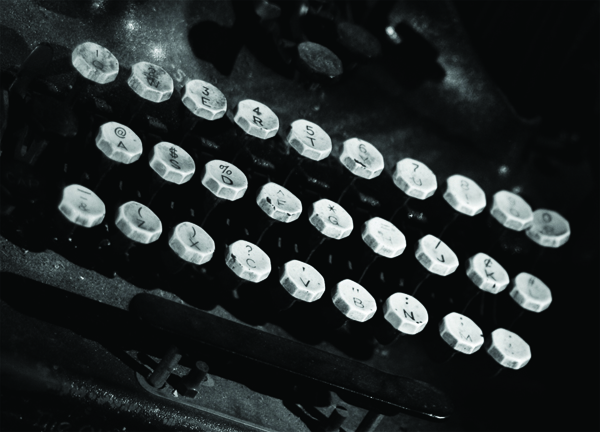