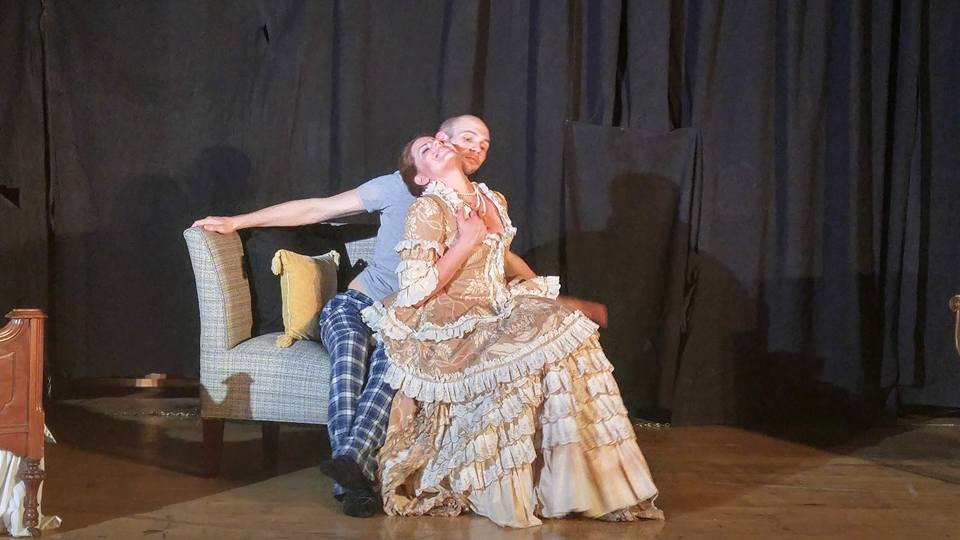 I am on record as someone who has never developed a rapport with opera as a form. Of course, it may depend on the opera. The Man Who Woke Up is possibly the funniest opera this side of Gilbert & Sullivan, and yes, I realize they were masters of the light-opera, which serious aficionados will be quick to point out. So maybe it’s the historical impression of stuffy, self-important storytelling in a foreign tongue – the cliché of opera that has been the impediment. This irreverent gem explodes that cliché by being lean, economical, and utterly lacking in pomposity.

A man wakes up disoriented: Where is he? What is happening? Why is he singing his thoughts out loud? Imagine an absurdist opera in the vein of Franz Kafka or Luigi Pirandello and you will have a running start on understanding what you are in for. Like Kafka’s Gregor Samsa, The Man (Preston Orr) finds his existence transformed: he finds himself in an opera, and a very odd opera it is. There is a sly and malicious cat, Whiskers (Emily Howes), her Owner (Eric Schlossberg), and a Woman (Kristina Bachrach) who is his wife.

English composer Robin Haigh’s first opera is a delightfully silly existential domestic drama in which Whiskers is in control. Owner is infatuated with her, Woman is jealous, and The Man, is of course, mystified about the whole thing. Haigh introduces the intriguing notion that other characters sometimes see Whiskers as a woman, and other times as a cat. In either form, she is a dangerous, feline presence, with claws that she is not afraid to use.

The piece is short; a one-act that runs just over 30 minutes, and Thompson Street Opera Company is presenting it in its American debut and first full staging after a concert performance in England. At that time, the score was orchestrated for 30 musicians, but Haigh fashioned a new arrangement as a piano four hand in consideration of the small but ambitious company’s limited budget. The score was well played by Jessica Dorman and Adrienne Fontenot, although the acoustics in the open space of the St. John Nulu Theatre allowed enough conflict in the volume of the piano and the voices to obscure some of the lines.

The ensemble was in fine voice, with the unusual but effective presence of a contra-tenor in Mr. Schlossberg, whose ridiculously extended and repetitive ode to Whiskers was a highlight. Preston Orr was a terrific Everyman, an average, slightly befuddled innocent caught up in a surreal circumstance. Emily Howes is appropriately slinky and sexy as Whiskers, and rises to the challenge of the character’s limited vocabulary by investing each “meow” with a vocal facility that was impressive. Kristina Bachrach enters relatively late, but manages to register her character’s emotions with clarity and impact.

Judith Youngblood’s staging is simple but filled with comic gestures wisely placed for maximum effect. She understands that the self-awareness required by the material is best played with a light touch, and The Man Who Woke Up is a very funny and provocative opera.

The St. John Nulu Theatre is not air conditioned, so I would suggest you carry along a cold bottle of water. But don’t let the heat dissuade you. The Man Who Woke Up is the opening production of Thompson Street Opera’s summer season and not to be missed. 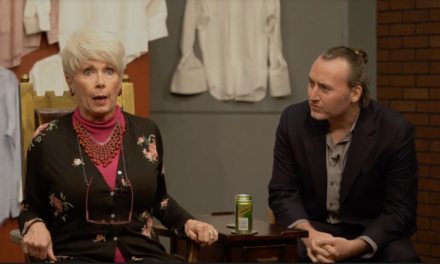 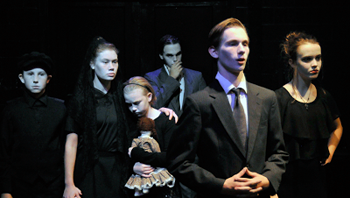