Disney’s Beauty and the Beast at Derby Dinner Playhouse was exactly that – a beauty, thanks to the mostly all-around great performances, and a beast, thanks to a few distracting moments.

For the five people that may not know, Beauty and the Beast features Belle (Joey Banigan), a girl that dreams of living a life of adventure like in her books and certainly better than her current existence in a provincial town. While trying to rescue her father Maurice (Cary Wiger), who became lost in the woods and eventually imprisoned at a castle, she meets the Beast (Robert Conte), a cursed, wolf-lion-human combination with a bad temper. In exchange for Maurice’s release she becomes the Beast’s prisoner. What follows is Belle and Beast’s relationship growing and blossoming, unlike the wilting flower that controls whether or not the Beast, and the other furniture-like members of the household, will become human again or stay the way they are.

Meanwhile, Gaston (Alex Canty) is the boneheaded brute that will stop at nothing to to make Belle his wife and. Canty was fun and interesting to watch as his character transitioned from self-centered, arrogant jerk to darker and more sinister motives throughout the musical. His ridiculously wonderful performance during the song “Me” was just hilarious to watch, and Banigan’s repulsed facial expressions and monotone singing provided the perfect counterpoint

In addition, Banigan’s Belle, from her very first singing moments, was a dead ringer for how Belle sounded and looked in the Disney movie. Her overall performance was solid, especially during the emotional Act 1 showstopper, “Home.”

Virtually every character was solid in his or her roles, but some moments were just awesome. This includes Jillian Prefach, as Mrs. Potts, performing an exquisite “Beauty and the Beast” that deserved the adorable “yay” from a young child in the crowd. Danny Boman, as Lefou, was a joy to watch during his workout/performance in “Gaston.” Kyle Braun’s Lumiere was a perfect host for Belle’s dinner in “Be Our Guest.”

Unfortunately, it was after “Be Our Guest” that the show derailed for a bit due to distractions. Plot-wise, the biggest one was the rose, which was still supposed to have petals at this part of the show but clearly had none. Not sure if someone brought out the wrong rose or if there was an unavoidable accident with it, but for anyone that knows the show, that’s a pretty major problem.

Also, whoever was opening the back door needs to keep it shut or dim the light from that room during the show. During Beast’s solid performance of “If I Can’t Have Her”, near the end of Act 1, the door came open and stayed open for quite some time. This allowed bright white light to shine in and distract from the show.

Beauty and the Beast, however, did feature some interesting use of space throughout. Special props to Wiger who, as Maurice, drove his motorized contraption throughout the tight spaces of the set, and even into the crowd. Also, the actors playing wolves, who had to walk on the beams in between the audience rows, deserve some recognition as well for keeping their balance and staying in character while chasing Belle.

Thanks to good character work and wonderfully staged moments, Disney’s Beauty and the Beast was indeed a beauty 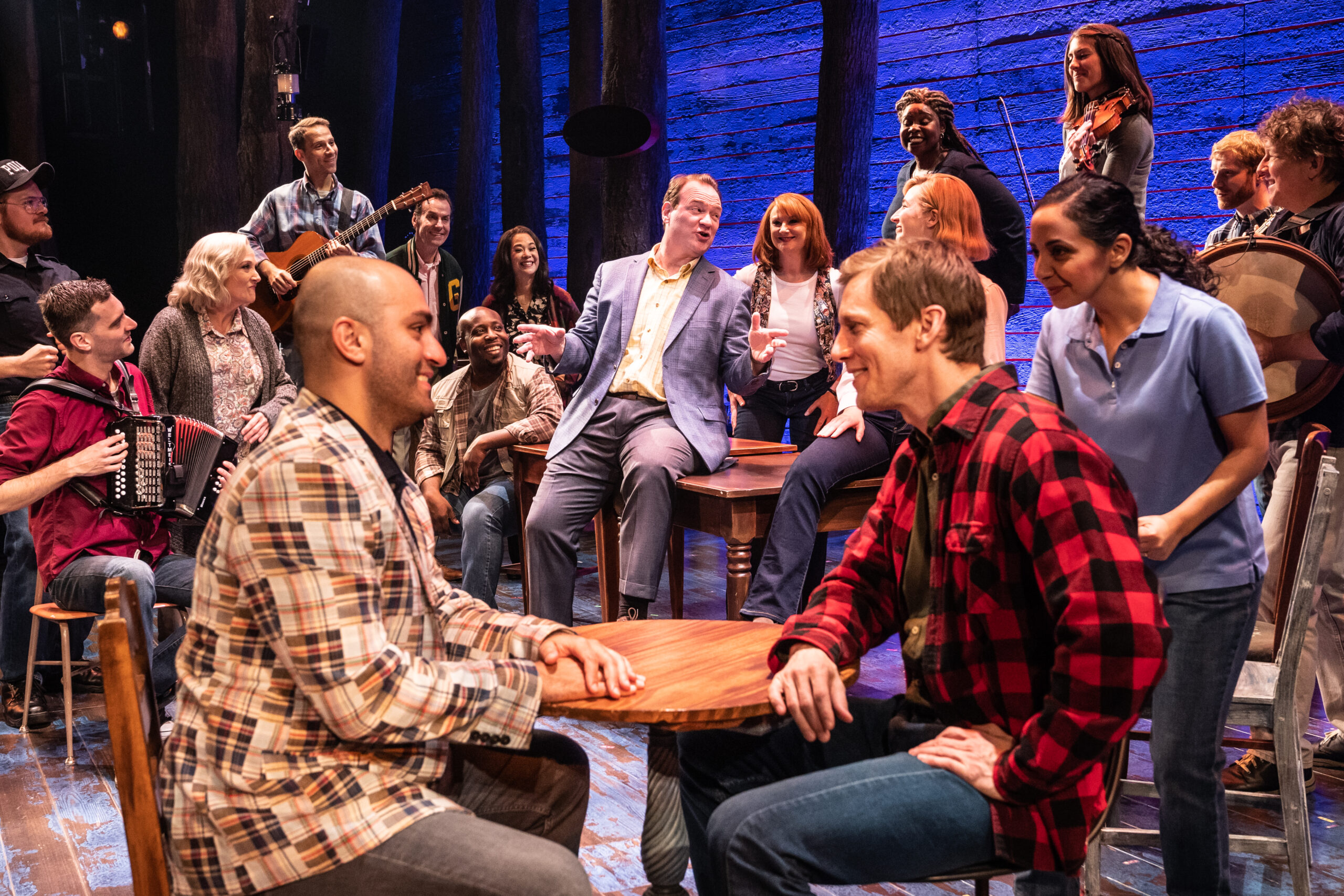