The NYC company of Alice in Black and White. Photo by Holly Stone.

Two local theatre companies took original productions from Louisville to New York City in the last 12 months. One was Actors Theatre of Louisville’s Glory of the World, which had premiered during the 2015 Humana Festival of New American Plays; the other was Looking for Lilith’s Alice in Black and White, which had its World Premiere production in Louisville in February 2013.

Robin Rice’s play is about Alice Austen, a ground breaking Victorian-era photographer (when women did not do that), and feminist in love with another woman. Directed by Looking for Lilith (LFL) co-Artistic Director Kathi E.B. Ellis, the original production was thematically consistent with the company’s mission, but a slight departure in that it was a script from outside the company. Lilith had always been a group of women devising stories about women and their often-overlooked role in history, but Alice represented a meaningful step outside of that formal structure. From August 3 through August 14, it played at the 59E59 Theatres in Midtown Manhattan.

LFL had begun in New York City in 2001, founded by Shannon Woolley Allison, Trina Fischer, and Jennifer Thalman Kepler, and Alice Austen lived on Staten Island, so there was always a geographical connection that made for a meaningful emotional undercurrent between play and producers. “When we moved to Kentucky I was proud to bring our work from NYC to Louisville. Ten years later, I am just as proud to bring our Louisville work home to NYC,” said Allison.

Alice in Black in White’s New York run was an unqualified success, boasting 9 out of the 12 performances sold out even before the opening night. It enjoyed advance press from a variety of media outlets including the NY Times, where the formidable Elisabeth Vincentelli, as well as Broadway World.com also reviewed it. 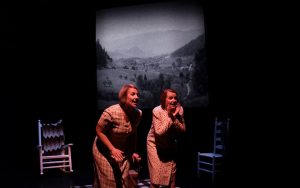 Taking Alice to NYC had been a thought as far back as the premiere production three years ago, and that 2016 was to be the 150th anniversary of Alice Austen’s birth was also always there in the back of the mind. Playwright Rice was so pleased with the Lilith staging, and she had also held out hope of a Lilith tour to the Big Apple, even holding back a bit on pursuing any other opportunities for other groups to mount a different production. Happily, the sell-out crowds and good press may have played a part drawing the attention of at least four companies who inquired about Rice’s script. “A play finding an extended life is always a challenge, but Alice I seems to have a future ahead of it,” observes director Ellis.

As for her experience reviving her production three years later, with all but one of the original cast, Ellis admits, “Three years is a long time…but there is something about coming back to a story…we all has three years more life experience, and we were able to build on the foundation of the good work we built in the original. It felt like coming home again.” Besides the actors, Jennifer Thalman Kepler, Laura Ellis, Trina Fisher, Shannon Woolley Allison, Ted Lesley, Joseph Hatfield, all from the 2013 production, and new cast member Megan Adair, the play also used all the original designers, for a total company of 14 theatre artists who traveled to work on the production, all wrangled by Tour Manager Jill Marie Schierbaum. After the opening night, the four designers returned to Louisville, but the audiences included many colleagues from Lilith’s history in NYC and several who made the trip from Louisville.

In Louisville Lilith had presented Alice in The Mex Theatre in the Kentucky Center for the Performing Arts, but the space inside of 59E59 was a scant 16’ x 17’. Improbably, Ellis insists that very little had to be changed about the physical staging, which she credits to the designers ingenuity and the casts’ familiarity with the material. “If anything, it reinforced the intimacy of the piece, but we sacrificed nothing.”

Finally, Looking for Lilith connected with the Alice Austen House Museum, who provided logistical support: free parking for the cargo van – “…can you imagine the cost of parking a large truck in NYC for nearly three weeks,” exclaims Ellis, and hosting the company for a public reading in the house, where the actors experienced the very rooms where much of the play is set. “To be able to have that experience inform the work onstage was truly wonderful,” explains Ellis. “The partnership with Alice Austen House Museum was an important part of the trip. It cemented the fact that Looking for Lilith will always have a connection with Alice Austen and Robin’s play.”

“For Looking for Lilith, it was one of our biggest dreams, and we made it come true.”

The company will open its 15th season with a production of Karen Zacarias’ Legacy of Light. The play will be at the Henry Clay Theatre opening on October 27 and running throughNovember 5 with eight performances, including the $10-per-ticket community night on Monday, October 31. As with all Lilith productions there will be several audience talkbacks following specific performances. New this season are designated performances for audio description and ASL interpreted performances. Offered in partnership with the Kentucky Center, these performances will be made available to patrons who request the service in advance. 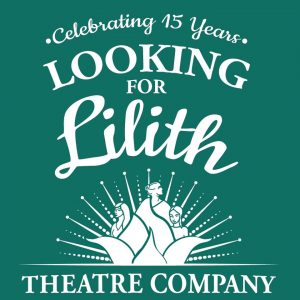 Legacy of Light by Karen Zacarias