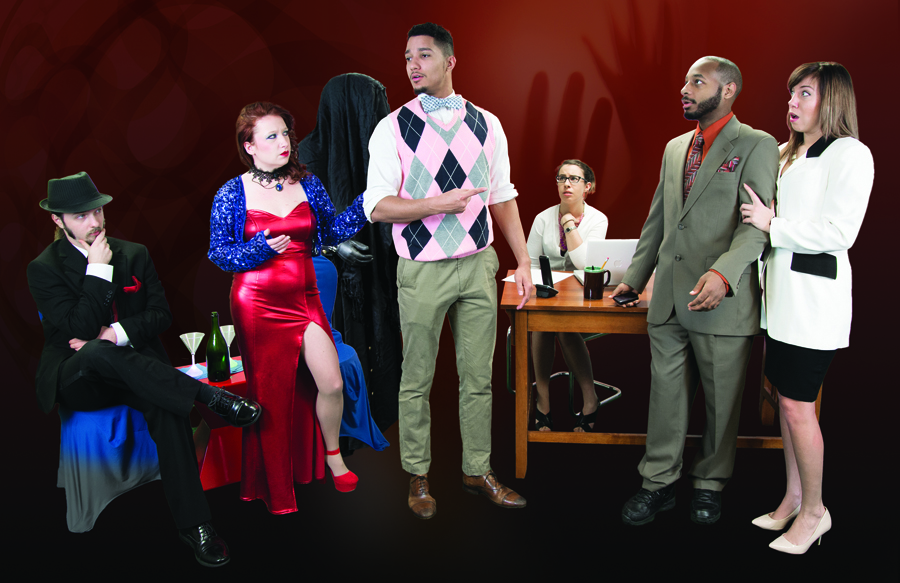 By A. S. Waterman
Directed by Joe Monroe

One thing I’ll say about A. S. Waterman and the scripts she invents for the WhoDunnit Murder Mystery Theater: she loves to push the boundaries of the typical murder mystery format. While she’s written plenty of the standard, these-are-the-suspects, murder mysteries, she frequently likes to add a touch of the supernatural or otherworldly; it creates a murder mystery that feels like a story with a bit more to say.

Such is the case with WhoDunnit’s latest offering, Deadly Recursion, part of a series of mysteries set within the “Mystery Cabaret,” a place that exists outside of space and time, where a murder victim seeks help identifying their own killer. Here we meet Misty (Heather Hensley) and The Listener (Ben Rogers), a pair of (Ghostly? Angelic? Alien?) intellectuals with a taste for solving mysteries. This time out they attempt to help 1990’s-era software designer Grant (Bryant Combs) unravel the circumstances behind his suspicious death. Suspects include a co-worker he pines for (Erica Kelly), a software executive (Darren Harbour), and his own assistant (Jordan Aikin). The clue to the whole affair seems to rest on identifying a creepy black-clad woman who haunts Grant’s dreams.

Director Joe Monroe and his designers have made the most of the limited abilities of the spacing at the Downtown Bristol restaurant, but manage to make the small staging fluid and interesting. He’s coached a few particularly strong performances from his cast; I especially enjoyed the emotional turn by Combs and the light comedic touch from Aikin. I always root for empowered female characters, and we get just that with the rat-a-tat delivery from Kelly. The rest of the cast also had some good moments.

Costumes had a nice period feel, although in at least one case the outfit did not flatter the performer’s natural figure. Other technical aspects were nicely done, with the possible exception of a phone that kept ringing after it was answered (one of my pet peeves!).

If you’re not a fan of WhoDunnit’s usual product, this one is just different enough that it may sway you. If you do enjoy their unique brand of entertainment, it’s probably right up your alley. And with dinner provided as part of the ticket price, you really can’t go wrong. 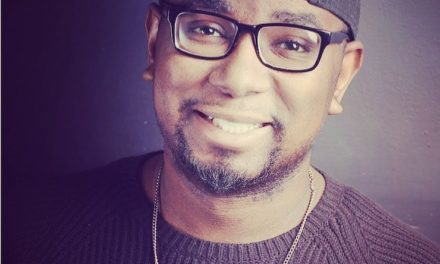 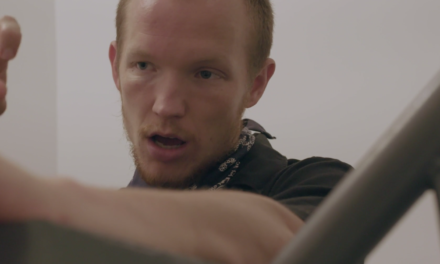