There is something about Anton Chekhov that has always appealed to me. I think it is the remove that he is able to achieve, the distance in the perspective on his character’s lives that enable his stories to take on the quality of parable while still capturing the most difficult human interactions in all of their complexity.

Polina Shafran was born in Russia, so she comes by her love for his work almost as a birthright. But instead of one of the classic plays, like The Seagull or The Three Sisters, she takes on the task of adapting several of his short stories into an evening of short plays. She emphasizes that aspect of the parable, distilling most of the stories down to simple but impactful moments of moral clarity or confusion. A huntsman’s wife struggles to satisfy a husband who knows he has married “beneath” him in an arranged marriage, a clerk worries himself into oblivion overreacting to a perceived offense to a superior, a betrayed wife confronts the chorus girl (prostitute?) with whom her husband is keeping company.

The setting is spare, bare-bones, in fact, with most of the design flavor contained in the costumes and the exposed, unfinished wood backdrop that seems an extension of the Hope Community Center decor. It works nicely given the timeframe in which the stories are set and the rural attitude of many of the characters.

But it is in the ensemble that Shafran entrusts the weight of the storytelling, and they do a fine job. Carol Dines wears 19th-century Russian peasantry easily, and Chris Meier occupies the profile of a Chekhovian man with resolute posture. Both actors display dexterity with the language, giving a crisp edge to the words. Rich Williams finds all of the lower class angst as well as the authoritarian arrogance his parts call for, while Laura Eigelbach lends a still authority to her work.

Best of all was Hannah Connally, whose face is a transparent veil for the impressive range of emotions she is asked to communicate. I think she has the luck of the draw in the opportunity to assay the deepest and darkest emotions of the evening as well as moments of coquettish charm; she has more to play and delivers the goods. All People Sneeze is certainly an ensemble piece, but it is also a showcase for Ms. Connally’s talent.

In one story, “A Work of Art”, a candlestick of apocryphal value is sold and re-gifted multiple times before coming full circle. It is an economical satire on shifting cultural perception and human vanity, but the tidy skill in its telling reminds us, however superficially, of the quality of Chekhov’s writing. The great Russian author’s work is hopefully immune to such transitory critical revisionism. All People Sneeze reminds us of that, and much more. 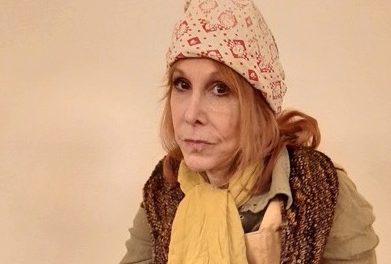