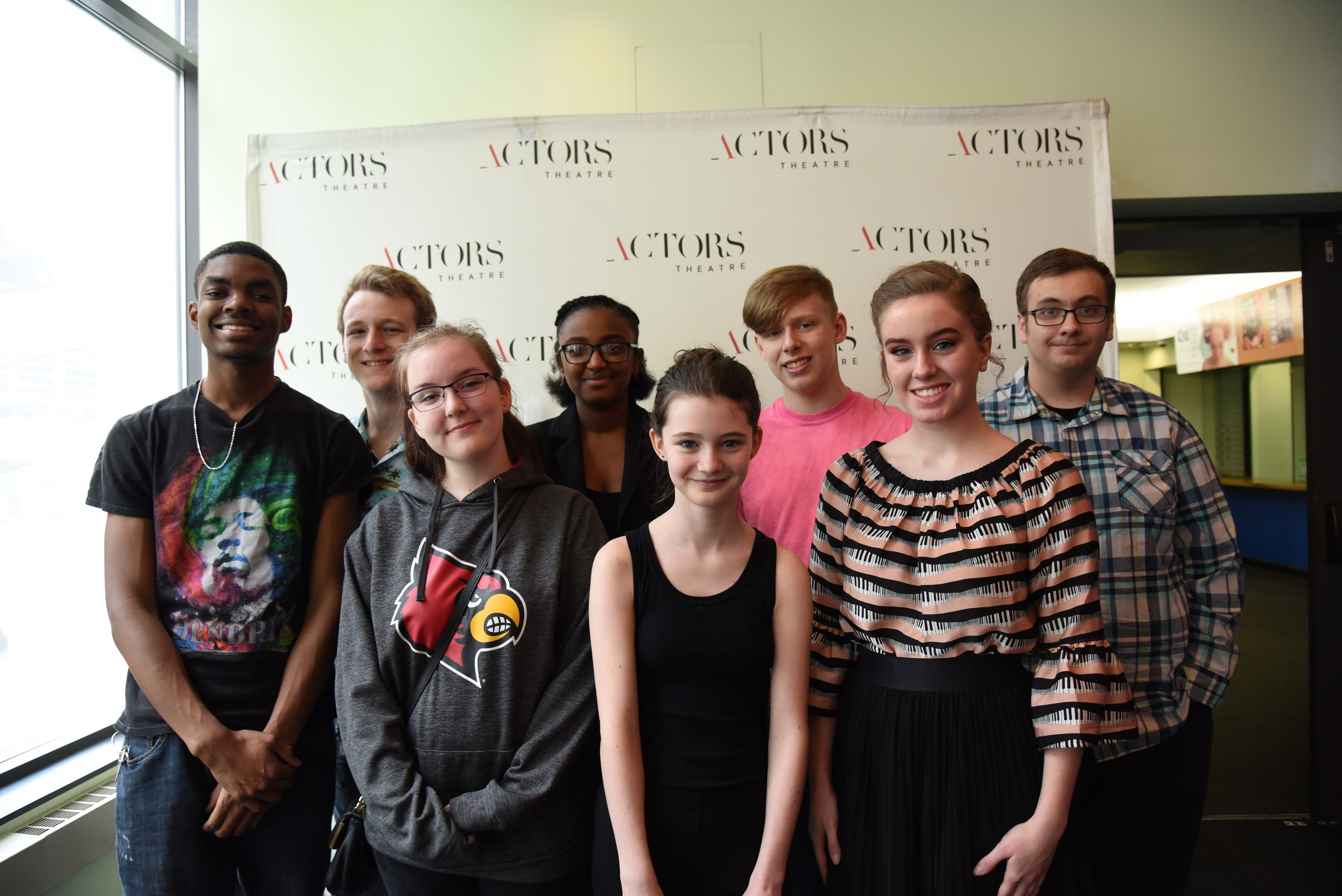 Written by students throughout the region and brought to the stage by Actors Education and the Professional Training Company.

Many plays by teenage writers might be roughly divided into stories about their own lives and stories about adults, which is to say what a teenage writer imagines an adult story to be. Autobiography is a logical lens through which to begin writing, but ultimately we look to storytellers to reach beyond experience to observation outside of themselves.

Most of the material in this year’s New Voices program is comedic, and much of that is fantastical, so imagination and satire are dominant strains.

The Sandwich and The Rock, by Charlotte Meeley (J. Graham Brown Middle School) introduced a fairy tale sensibility to the anthropomorphic  characterization of a sandwich left on a rock in a public park. It was a gentle and whimsical bit of childhood fantasy with an especially funny turn by Maria Proctor as Sandwich.

The fairy tale as political allegory appeared in Aiden Phillips’ (New Albany High School) The Great Battle of Morgan and Grump: A Quest for Witches’ Rights. There was no mistaking King Grump as a stand-in for the current president, and the comedy was both clever linguistically and physically; a tidy reminder that kids at this age are paying more attention to the news and current affairs more than we typically give them credit for.

Two other pieces were decidedly more off-the-wall and eccentric in their use of fantasy. Sharing in Solitary, by Madalyn Hankins (Floyd Central High School) imagines two hard-core prison inmates on a phantasmagoric journey through a twisted and sardonic neo-Brothers Grimm landscape. The humor was sophisticated and the shifts in tone well-judged, and the suggestion of mysterious powders being the trigger for the hallucinogenic experience perhaps a little daring.

Caleb Hammer’s (Floyd Central High School) Ahab and His Vegetable Garden was even more adult in its attitude, wildly flip and pointedly catty, as a bored and petulant youth (Omer Abbas Salem) exhibits no mercy in how he assuages his perpetual ennui.

Of the more “serious” offerings, Spell It Out by Breãna Lopez (Pleasure Ridge Park High School) was also hilarious, but still grounded in recognizable reality. The assured pace set by the writing was realized with sharp timing by the cast, and Suzy Weller was a standout as the most disingenuous of the spelling bee contestants.

Where to From Here? May have felt like the slightest piece of the evening, but Justin M. Holder-Jones’ (Valley High School) writing was nicely observed and sensitive to characterization. Ham and Cheese by Joshua Geist (Marion C. Moore School) was a study of a married man and woman working through a crucial moment in their relationship, and the kind of piece that makes you wonder how a writer of this age comes to such a subject. Marriage has been a central topic in American drama for the last 100 years, so this is well-trod ground, but Holder-Jones brings a fresh, unforced sensibility to the situation.

Kids, They Say the Darndest Things by Safietou Gueye (Ballard High School) was easily the most provocative and timely piece, examining THE central preoccupation of Americans at this moment: identity. A young Black girl’s statement in a school paper that, “I wish I was White”, provides a heady context for exploring her dilemma, as well as the slippery slope of the White teacher’s liberal condescension. Child actor Cadence Diggs was very effective as the girl, and Alaina Kai as the mother and Rigel Harris as the teacher made the most of their exchange.

It can be difficult to accurately gauge the writing when it is delivered in such a professional production; it begins with the word but the delivery can move and shape material in meaningful ways, but the New Voices program has been fairly consistent in its quality over the last few years, and this iteration hold the standard with confidence. 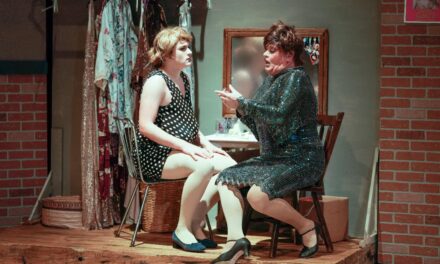 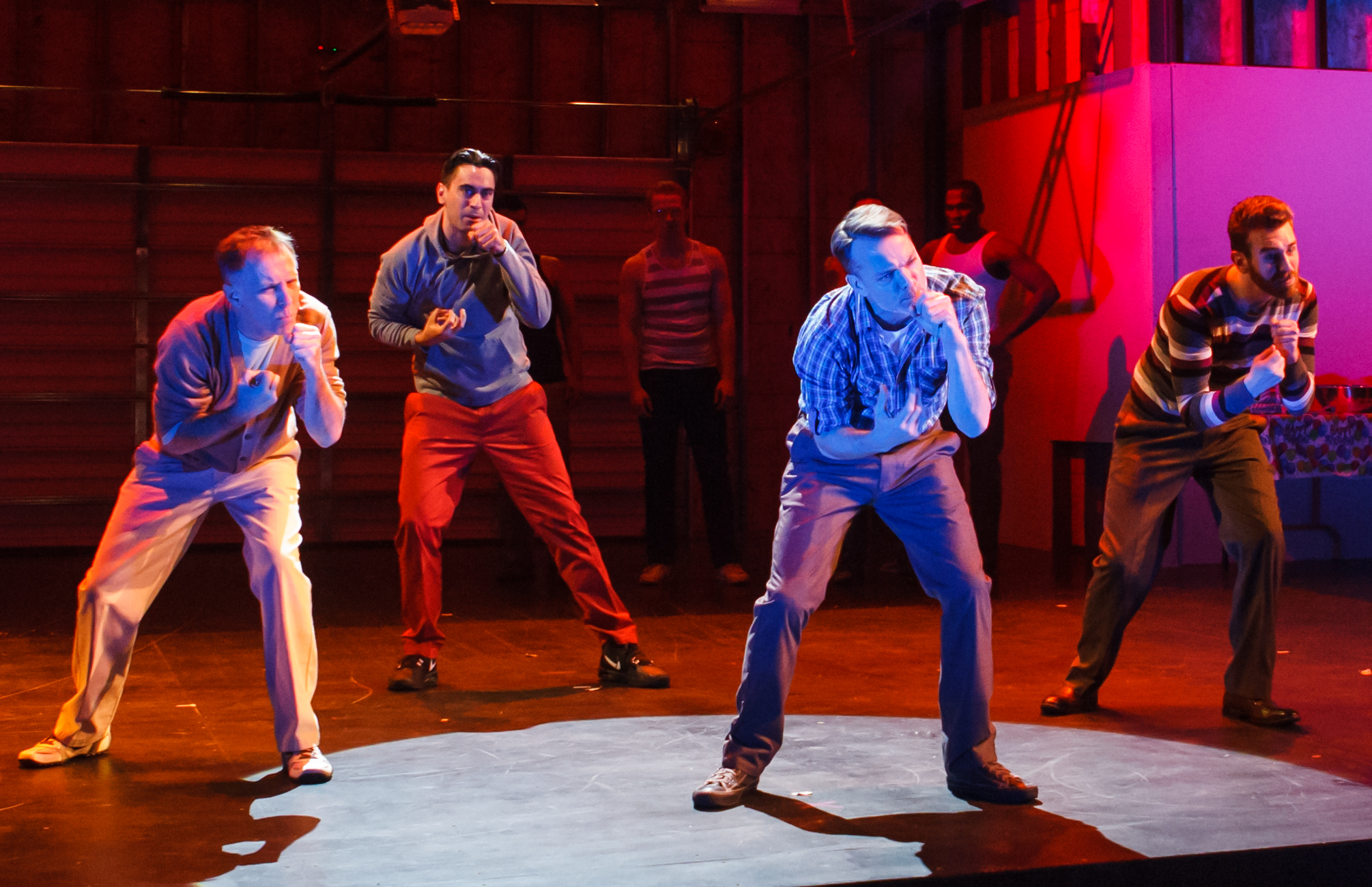 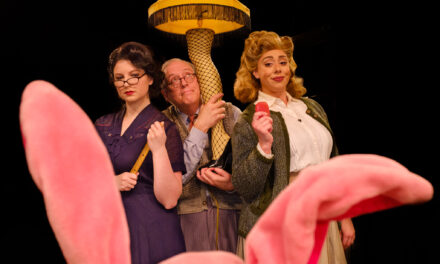