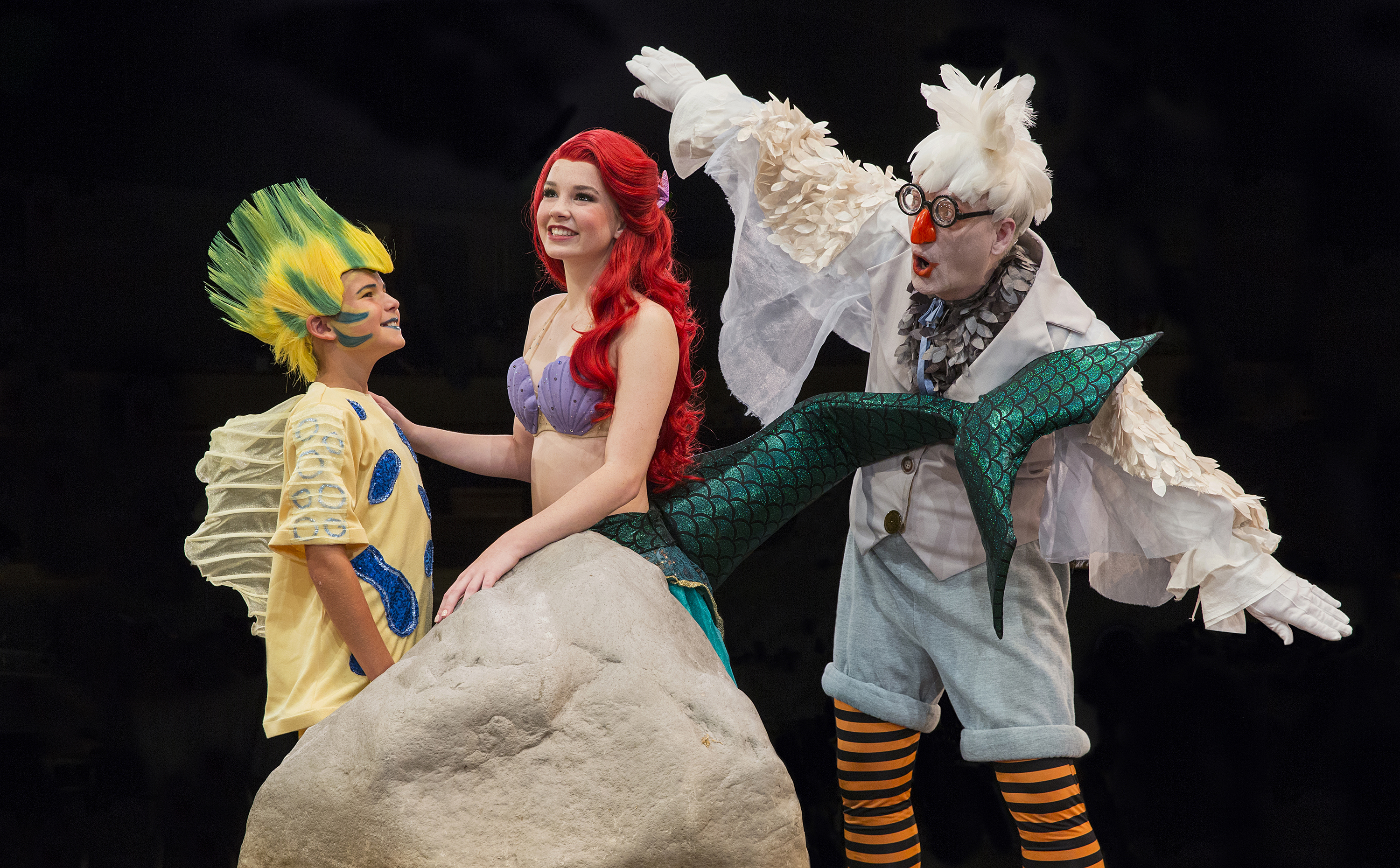 With sprightly performances and hilarious characters, audiences of all ages should dive right into Derby Dinner Playhouse’s production of The Little Mermaid.

The show features an underwater kingdom full of sea creatures and mermaids. One of those mermaids is Ariel (Caroline Siegrist), who dreams of a different kind of life from the one she has been living. Specifically, as the audience finds out in the pleasantly performed “Part of Your World,” she desires a life on the surface.

That desire is in direct conflict with her father, King Triton (John Payonk, who shows great range between being the all-powerful king of the sea and being a father to his seven daughters). Triton has forbidden any trips to the surface due to his extreme dislike of humankind.

Despite this, Ariel’s been to the surface before, collecting human artifacts and being friends with Scuttle (Jim Hesselman), a hilariously offbeat character who describes the various artifacts like the rare “dinglehopper.” Hesselman’s physical antics, especially when making his landing at the beginning of the musical, added to the hilarity.

Eventually, she will save the life of and fall in love with a human, Prince Eric (Nate Willey, who had an engaging singing voice, particularly during “One Step Closer.”). He himself is under pressure to marry by the time he is 21 and inherit his own father’s crown.

Ariel also has friends under the surface, including a fish named Flounder (Drew Ashley on opening night, who gave a flat-out awesome performance during his lead vocal in the doo-wop “She’s in Love.”), and the crab Sebastian (Rendell DeBose).

Sebastian was, by far, the most fun to watch. DeBose was on-point with the many emotions that must be showcased for Sebastian and when the chorus didn’t drown him out, was incredibly soulful in his vocal delivery during “Kiss the Girl.”

Ariel doe indeed go to meet humans on the surface thanks to her aunt Ursula (Elizabeth Loos), who Triton had banished from the underwater kingdom. Loos’ performance of Ursula was adequate but could have been even more devilish. Meanwhile, her underlings Flotsam and Jetsam (Matthew Brennan and Mandi Elkins Hutchins, respectively) were appropriately haunting during their harmonizing on “Sweet Child.”

What happens when she surfaces? See the musical to find out. However, easily the best scene in the entire show happened during the surface scenes, where Chef Louis (Chris Bryant) is preparing dinner. Bryant’s over-the-top French accent, jovial dancing, and gleeful vocal during “Les Poissons” while he chops up dinner were laugh-out-loud funny. That performance alone was worth the price of admission.

Overall, the ensemble looked like they were having fun performing the show, most notably during the upbeat “Under the Sea,” where Sebastian using the ensemble to help convince Ariel to stay below the surface. That fun performance was met with audience members of all ages moving in their chairs and singing as well.

By the way, how was Ariel? Excellent. Siegrist gave Ariel a charming, innocent demeanor to go along with a wonderful voice that sounds close, but not too close, to the Disney movie Ariel.

The Derby Dinner Playhouse performance of The Little Mermaid, thankfully, also adds plenty of elements not seen in the Disney movie. All ages should experience this version. 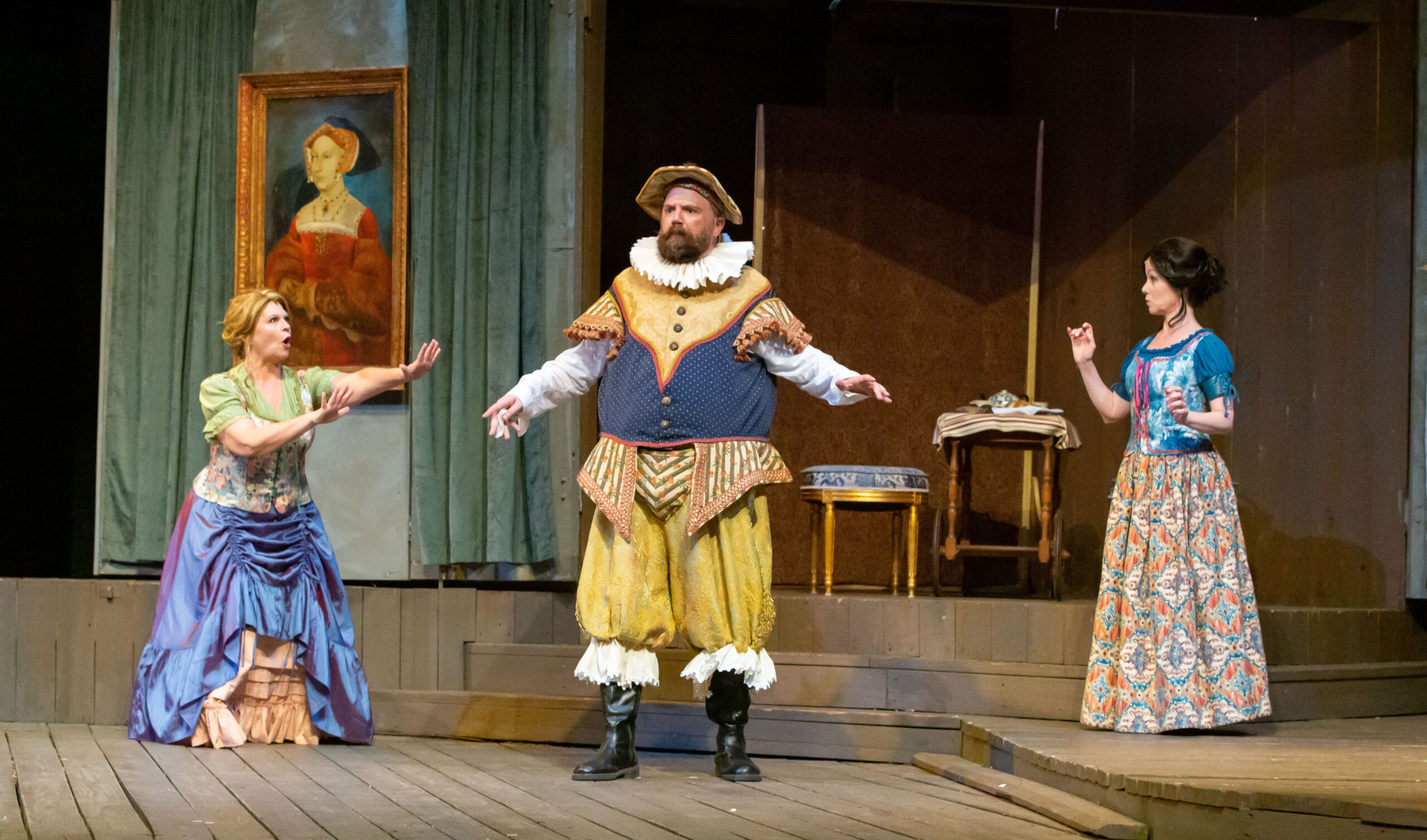 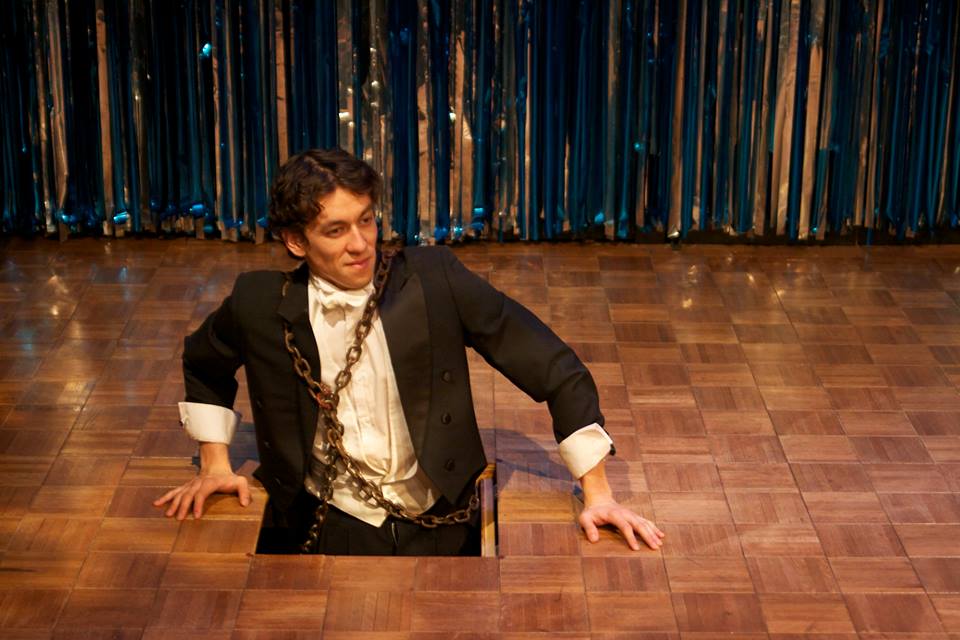