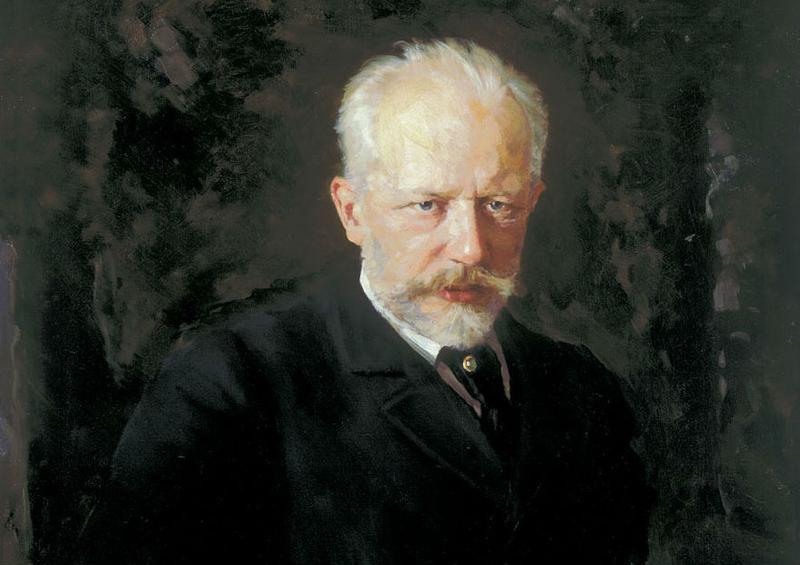 I give a lot of credit to the Louisville Orchestra in their recognizing that some ideas from the past work really well. Case in point, their Music Without Borders program that takes the Orchestra out into the community, even Indiana (It is Kentuckiana, after all).

So on a night that threatened heavy snow and ice storm, I crossed the bridge to revel in the melodious compositions of Tchaikovsky at the Ogle Center at Indiana University Southeast. Truth be told, I appreciate the intimate nature of this hall. From the foot of the stage to the back row of seats on the orchestra level is probably 50 yards, which makes for a more personal experience.

The short program featured some of Pyotr Ilyich Tchaikovsky’s most notable pieces: “Fantasy-Overture” from Romeo and Juliet, TH 42, “Symphonic Fantasia after Shakespeare” from The Tempest, Op. 18 and the “1812 Overture” from The Year 1812 Solemn Overture, Op. 49.

Romeo and Juliet is one of the most famous musical selections of the past 100+ years, Tchaikovsky had a love and appreciation for the works of Shakespeare and upon the suggestion of a composer mentor, Mily Balakirev, he set out to encapsulate the story of the star-crossed lovers in music. While there are many parts to the story, Tchaikovsky focused on three central elements: the character of Friar Laurence, the feud between the Capulets and Montagues, and the lovers themselves.

It begins with a solemn, hymn-like melody that invokes thoughts of tranquility through the strings and light winds. It does not take long for blaring horns to usher in the violence and hatred that was shared between the warring families. Sharp strikes across the harp (delightfully played by Mary Julian Rapier) and strong percussion/tympani gave vision to harsh words and violent fights. As the fighting rages on the cellos begin to strum a lullaby-like cadence that leads into one of the most widely used selections of music used in films, movies, and commercials: the lovers’ theme. Make no mistake, there is a reason why this is used so much; it is a string-heavy melody that is memorable and hummable and is expertly performed by our orchestra. I will mention that the 2nd violins had a few notes escape during a spiccato moment, but it was slight. As the Friar’s theme returns, in the end, the feeling is not one of resolution, but of loss.

Next, we dove deeper into the Shakespearean canon with The Tempest. Could you imagine this piece without any mention or hint of one of its central characters, the sea? Believe it or not, Tchaikovsky had that thought in mind. Thank goodness an advisor helped to change his mind.

As Abrams was introducing this piece he shared that The Tempest is probably the best roadmap into Tchaikovsky’s compositional style and beginnings. One may even be able to pinpoint a hint of Igor Stravinsky’s Rite of Spring.

Tranquil strings and wispy winds give way to jagged English Horns, bassoon, and brass that allude to the voraciousness of the sea and turmoil found within the characters: Prospero, Ariel, Ferdinand, Miranda, and The Sea, beset with jealousy, pride, and love. Within the strings there is a lot of repetition, but when the bass and tuba double up there is an incredible rumble that makes one take notice of a striking point within the story. A romance begins to emerge within the melody that is scattered with lingering musical breaths. Within these breaths, the Orchestra was ever vigilant in watching the conductor. As Prospero leaves the island there is a fun hopping of notes within the cellos and bass that I enjoyed, our instrumentalists and conductor physically reacting to the note structure by bouncing a little bit themselves.

How many of you feel that it just isn’t a 4th of July celebration without the “1812 Overture” being played somewhere? Thanks to Arthur Fieldler and the Boston Pops we Americans associate this piece with the fireworks that commemorate our independence. While it was actually a commissioned piece for the completion of the Cathedral of Christ the Savior in Moscow, there are true patriotic themes interspersed within, such as the French national anthem, “La Marseillaise”. Of course, there are instances of introspection and thought, with a sacred feel found within a lovely duet between the violas and cellos. As the brass lead a charge of pride they hand the melody down throughout the orchestra to the winds and then to the strings, like a waterfall. There was a moment or two that the piccolos/clarinets seemed to be behind the beat, but it was fractional at worst. Soon the sound of tubular bells, brass, and winds make a triumphant noise and before you know it…cannon fire! Well, not here at the Ogle Center, but through the imaginative use of 5-gallon buckets scattered through the auditorium, various audience members were given to use as a substitute, as well as a huge bass drum that was set to the side, stage right. I am sorry that I did not get the timpanist’s name, but it was expertly played and he did well signaling the audience for their cues

Teddy Abrams and the Louisville Orchestra have adopted a mantra and/or goal: “…to be The Most Interesting Orchestra on the Planet”. With an engaged audience and virtuosic talent working in tandem, how could you not be?