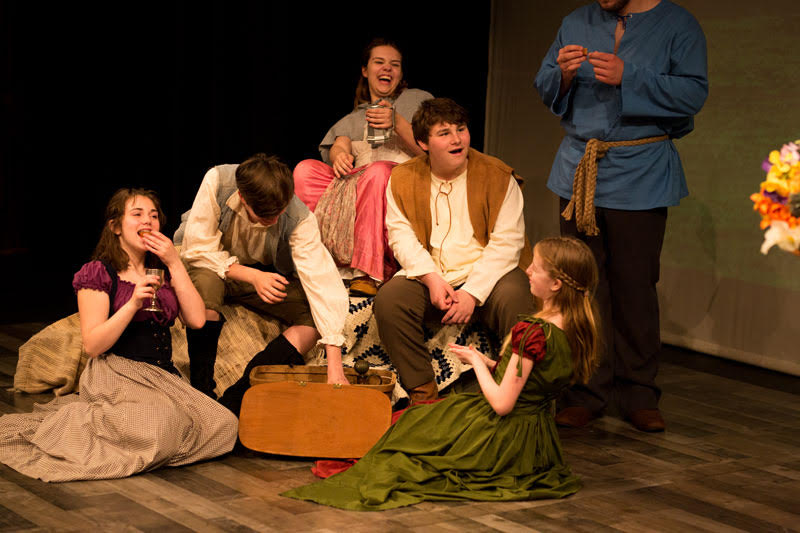 It was not too long ago that Commonwealth Theatre Center completed the Shakespeare canon of plays. Assuredly, because of the scope and volume of The Bard’s works, it doesn’t surprise me that it has been a little while since director Charlie Sexton had last brought this fairy tale to life.

The Winter’s Tale is perhaps one of the few of Shakespeare’s plays to take a while to gain notoriety, unlike say Romeo and Juliet or Hamlet. Perhaps the reason could be that it was often mislabeled as a comedy only to be reclassified as a romance, or maybe because of the fantastical nature of the subject. Mr. Sexton shared with the audience during his curtain speech that within the past century actors have desired to play the role of Leontes because of the newly appreciated depth of character, therefore creating new energy for producing the play. After Saturday’s performance, I can understand why.

Leontes (Field Oldham) is King of Sicilia and madly in love with his wife Hermione (Samantha Bliss), who is pregnant with his second child. Upon overhearing a conversation between his wife and the King of Bohemia, Polixenes (Jude Stivers), Leontes is enraged with jealousy and accuses his wife of infidelity, exiling her and their son, Mamillius (Axel Jablow). Upon learning of Leontes’ condemnation of the Queen, Polixenes and his friend Camillo (Jackson Guarino-Sanders) make their way back to Bohemia.

In an expression of compassion to his Queen, the King does allow for her to have attendants and visitors. One of which is Paulina (Nicole Shariat), wife to Antigonus (Bryce Abell), a lord of Sicilia. Paulina and lady attendant Emilia (Laine Lloyd) soon announce the birth of a beautiful daughter born to the Queen and try in vain to convince Leontes that the child is his, as is the son. Through the pleas on deaf ears, it is learned that Mamillius has passed.

The child is sent into exile and the Queen passes away, presumably from heartbreak. Leontes realizes how rash he was in his behavior and mourns his family for years to come.

Meanwhile, the child, Perdita (Natalie Koch) is found by a shepherd (Peyton Stockdale) and his son Clown (Ian Diakov). As a young and beautiful shepherdess, Perdita has caught the eye of Florizel, son to King of Bohemia. The two are betrothed and through twists of fate the two go back to Sicilia.

So, this little synopsis doesn’t sound too much like a fairy tale, that’s true. But I didn’t want to give everything away.

I very much enjoy the work that Mr. Sexton and the other Festival directors, Hallie Dizdarevic, and Jennifer Pennington, are able to cull out of the young thespians that step foot on the Nancy Niles Sexton stage. Some of the most learned scholars spend great amounts of time in trying to disassemble and understand what all of the machinations of Shakespeare’s works are and what they mean. But just listen to the passages, the rhythms, and the iambic pentameter.

These kids get it. Each and every person on that stage was full of confidence in what their character was supposed to be and what they were trying to convey, from the shepherds in the field to the muses, to the high court. Everyone knew what needed to be done and said to make the story come to life.

While everyone did a fantastic job, I commend Mr. Oldham’s portrayal of Leontes. It is a meaty part that signals craziness at the get-go. Applause also goes to Samantha Bliss who maintained her composure through some tough moments. Nicole Shariat demonstrated why I’ve always thought Paulina was the heroine of the story. She realized the many shades of gray in the character.

And Bryce Abell, I hope you enjoyed one of the best stage exits in the history of plays.

The production team truly came through, with props and staging that was easily accessible and a scrim that displayed visuals such as a picture of the inside of a palace, or a verdant field, or the introduction of what was coming up in the next scene, was a really neat touch. Lindsay Chamberlin and Jill Schierbaum’s costuming was rather good as well.

Mr. Sexton and his students did The Bard proud. 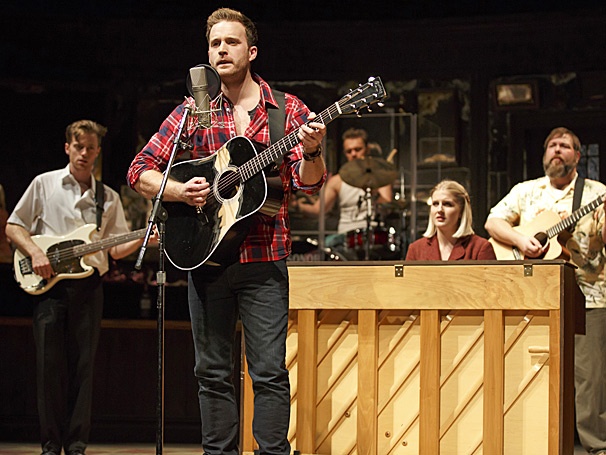