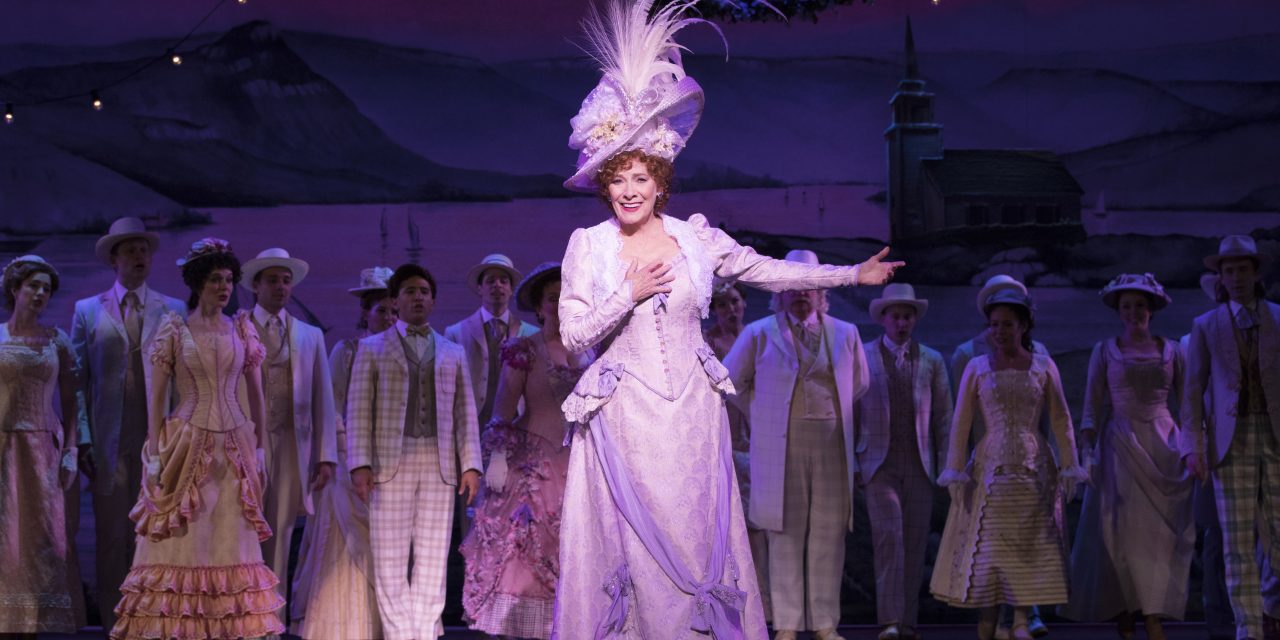 Yonkers and Harmonia Gardens swept into town on Tuesday evening to a packed Whitney Hall. This exuberant and big-hearted production of Hello Dolly! leans into its mid-20th origins, with nods to the period staging of the 1880s, while also exploding into the present with contemporary color palettes.

Veteran award-winning actress Betty Buckley takes on the eponymous, and iconic role, in this national tour. From the moment Dolly Levi is revealed in the opening number, it’s clear that the evening is in her capable hands, business cards and all. Buckley’s Dolly is charming and quixotic, knowing when to push a moment and when to turn on a dime. The introduction to the courtroom scene is a master class in comic timing and holding a house of 3000 in the palm of one’s hand. And those quintessential numbers, “Before the Parade Passes By” and “Hello Dolly!” again held the audience in thrall.

This production may be one of the best touring productions I’ve seen in Louisville. Every aspect of this touring production was executed superbly – one could imagine that we were all in the Shubert Theatre on Broadway. Choreographer Warren Carlyle and director Jerry Zaks’ recreation of Gower Champion’s original staging feels true to the spirit of the original as well as fresh and contemporary.

The replication of the 2017 revival’s scenic and costume design (Santo Loquasto) and lighting design (Natasha Katz) lifts the quality of the production exponentially. The number of drops that were deployed to move us between Yonkers and the City was such that I lost count of them, and each exemplified each location exquisitely; and (not to give too much away) some of the moving set pieces are truly impressive. The positive rainbow of costumes that the ensemble wore for each number was breathtaking.

The four young lovers, Cornelius (Nic Rouleau) and Irene Molloy (Analisa Leaming) together with Barnaby (Sean Burns) and Minnie Fay (Kristen Hahn) were delightful, providing the lighthearted, youthful counterpoint to Dolly’s mature machinations. The “Motherhood” sequence in Mrs. Molloy’s hat shop was particularly witty and outrageous. In contrast, in act two when Cornelius expresses the joy of his day, “It Only Takes a Moment”, Rouleau finds a beautifully unsentimental moment of authenticity which gets at the heart of the overall story.Lewis J. Stadlen, as Horace Vandergelder, also finds that moment at the end of the play when he finally makes up his mind about Dolly.

The high-energy ensemble is an integral part of the tempo of the performance, swirling on and off stage in a multitude of groupings that express the speed of events that happen in one short day. The staging of the 14th Street Parade with the groupings of the associations which would have participated was great fun and set up Vandergelder’s disappointment at the parade marshal delightfully.

An especial mention to the hard-working waiters at Harmonia Gardens: “The Waiters’ Gallop” is an extended show piece of barrel rolls, entrechats, leaps, and almost drill-ground complex traffic patterns, with all waiters carrying every conceivable piece of food, equipment, chinaware, and glassware – and changing what they carry multiple times in the number. It’s fascinating to watch and garners well-deserved, prolonged applause. Less than ten minutes later, in slightly different waiter attire, they’re back in support of Dolly Levi for her iconic descent of the staircase, in a glorious red ensemble, for another extended song-and-dance number, the title number. At the end of the number, as the audience applauds, Buckley gestures to the waiters encouraging more applause, and she also acknowledges the orchestra.

The orchestra, under the baton of music director Robert Billig, is excellent. Their tempo and syncopation take us back to the early days of musical theatre and all of the popular influences that coalesced to find that quintessential sound that became American musical theatre. The core orchestra was supported by a number of local musicians.

If you haven’t planned to stop by the Kentucky Center for the Arts this week to say “Hello”, you’ll be missing a heartwarming and first-rate evening of theatre. 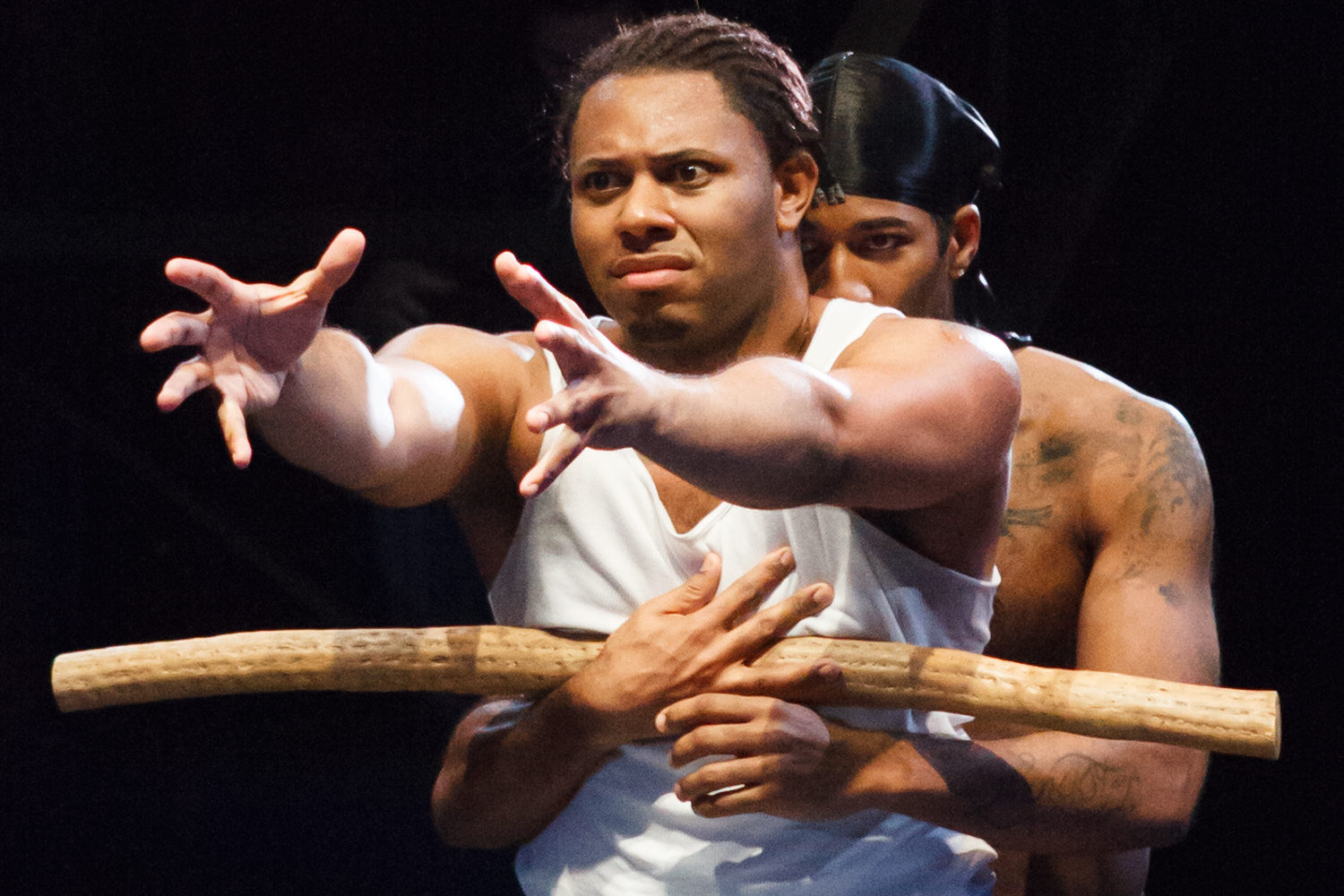