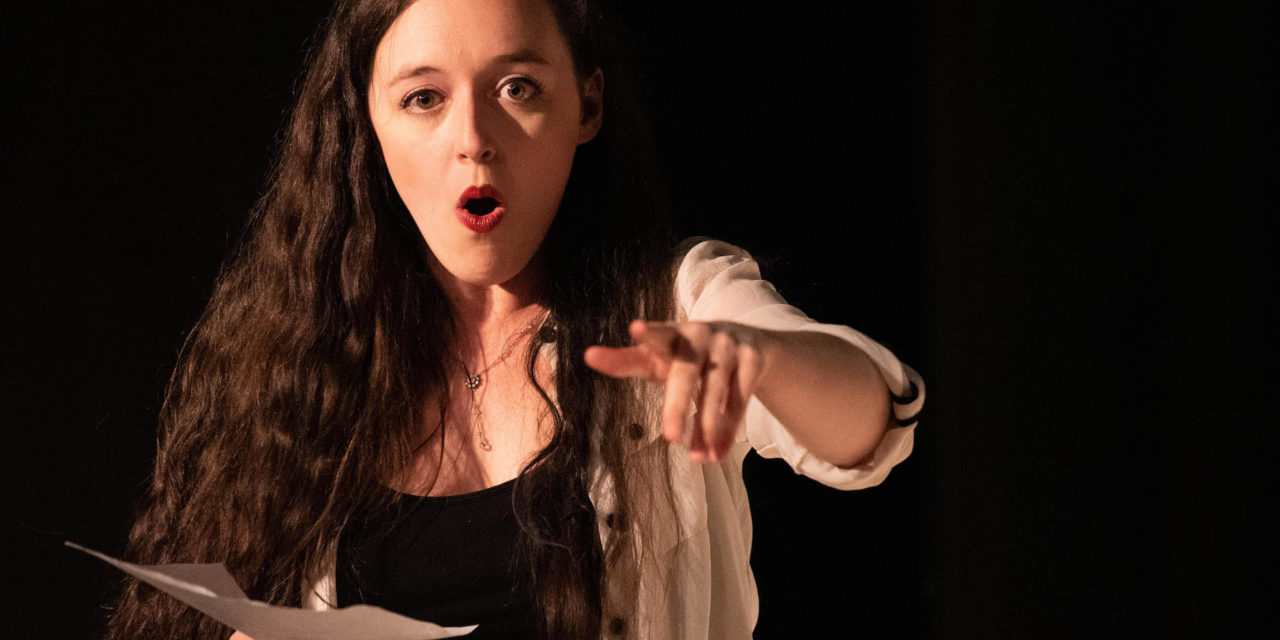 Mollie Murk in The BURN It All Down Play. Photo: Joshua Brown

Nothing gets reinvented more than Shakespeare. But after 400 years the Bard has proved he can stand up to anything. Three productions in one venue on the final night of the Louisville Fringe Festival illustrate the point.

Rotten Oranges Shakespeare: The BURN It All Down Play

A young woman, an actor (Mollie Murk), recounts her experience of being raped by an important theater director. The understanding and compassionate handling of the incident by company producers doesn’t obscure the truth that a formal report will almost certainly prevent her inclusion in future productions. One of the roles she takes on is Lavinia in Titus Andronicus, and she draws insightful parallels with herself and the fact that the traumatized character’s inability to speak of her own sexual assault is brutally restricted and her life forfeit for the sake of honor.

Billed as a work in progress, this is an extended monologue more than a play, one character’s highly personal, highly emotional narrative. Tessa McShane is present onstage to provide vocal demarcation of the scenes and little more, although there is an intriguing notion about having an objective and unaffected listener. While there is an opportunity to break in with scenes and other characters from the story, I think the first-person point-of-view is deeply effective. The woman is making testimony both as a victim and as an individual empowered to strike her own position on revenge.

Keel’s use of characters from Shakespeare illustrate how complex the text can be, rich and rewarding but also filled with conflicts and triggers that can be difficult to reconcile in today’s culture. You might think differently of Titus Andronicus after watching this. They also manage to conjure a compelling scenario about a sexual assault that is filled with nuance. Even the woman acknowledges the murky nature of the circumstance so that her eventual resolve becomes an honest moral lesson rather than a polemic.

Mollie Murk’s work here is deeply engaging and she connects the audience with the character’s pain while never ignoring her strength. Murk cannot help but portray a palpable joy; when she is on stage she is lit from within.

Despite Keel’s incendiary title, I am not left feeling that they want to burn it ALL down, but the play does take a stand with both feet planted firmly. 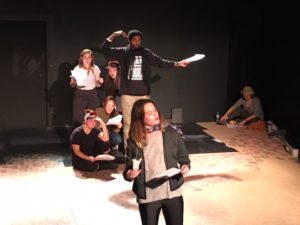 Brian Hind’s group executed Shakespeare’s works, chosen by the public, as loose play readings. Earlier in the festival came The Tempest, and this evening was Twelfth Night. As the ensemble gathered onstage chatting and dancing a jig or two, the sound of their voices put me in mind of the strains of an orchestra warming up before a performance, the buildup of anticipation before a group of talented artists begin to play. The casting is done by lottery, the audience randomly drawing the characters names for each actor on stage.

The assumption is usually that Shakespeare’s language is difficult enough to require a fulsome rehearsal period. And while there are no illusions for a full exploration of the text here, to witness such inventiveness and spontaneity is a testament to the accessible entertainment value of the play. The bawdy jokes and opportunity for slapstick or catnip for actors like this and the degree of invention on display is exhilarating.

The audience hangs on the language and the delivery, the dynamic of reading and improv comedy disallowing the foreshadowing and formal expectations we would normally bring into the theater. Mollie Murk as Feste made amusing reference to her performance in the previous play, and Brian West demonstrated the dignity of simple action when he impulsively took the position of a tree for his company to hide behind.

It’s all good, fresh fun that highlights the talent and ingenuity contained in the estimable line-up of actors, but then Megan Adair takes hold of Malvolio’s extended scene of self-delusion wherein the character reads a prank note that is bait for a rather cruel trap. With little advance notice, she managed a memorable interpretation of one of Shakespeare’s most famous scenes and characters. It was not the icing on the cake but rather the crowning rose. Being there to witness it felt like a gift. 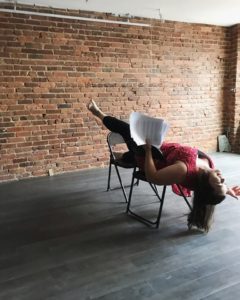 My last Fringe show neatly bookended my experience this year, which began with Mandee McKelvey’s My Left Boob. Bridget McCarthy has developed her own deeply personal one-woman show about coming of age with body image issues, mostly cued by others, but also framed within a Christian upbringing. Shame is then inherent, both as an ingredient in her negative self-image and in her unabashed devotion to having a man “choose” her.

The connection to Shakespeare is more slight than in the others, although McCarthy has worked with Shakespeare Behind Bars and Atlanta Shakespeare Company. Mostly Juliet becomes the original overly idealistic image for women to compare themselves to. Or at least, how Juliet is almost always portrayed. True love, even when it results in tragedy, is only for thin people who match the arbitrary ideal of beauty.

McCarthy’s energy and verve as a performer are fierce, the final triumphant note on an evening overflowing with bright and talented women. She is funny and confrontational and, like Mollie Murk at the top of the night, her confidence inspires us even if her message is not so simple. McCarthy’s naked confessional is unstinting, but her anxious yet boisterous delivery refuses to allow us to see her as a victim. Whatever her journey, she seems to have come out better on the other side. 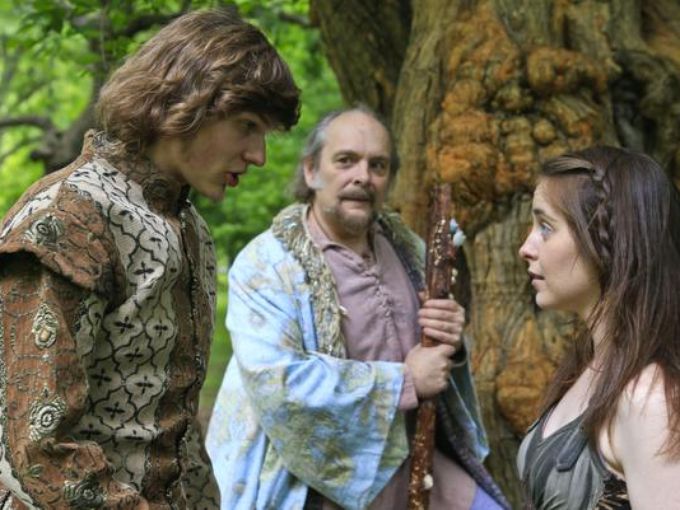 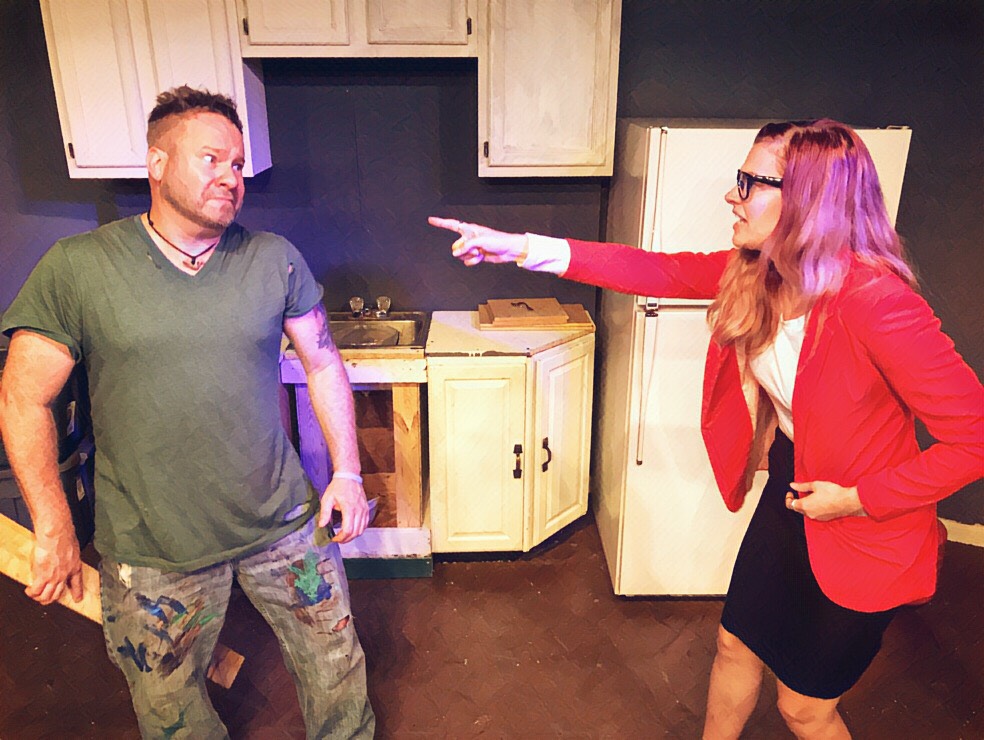 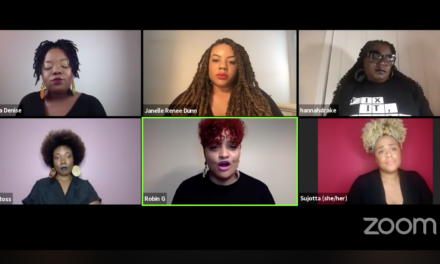