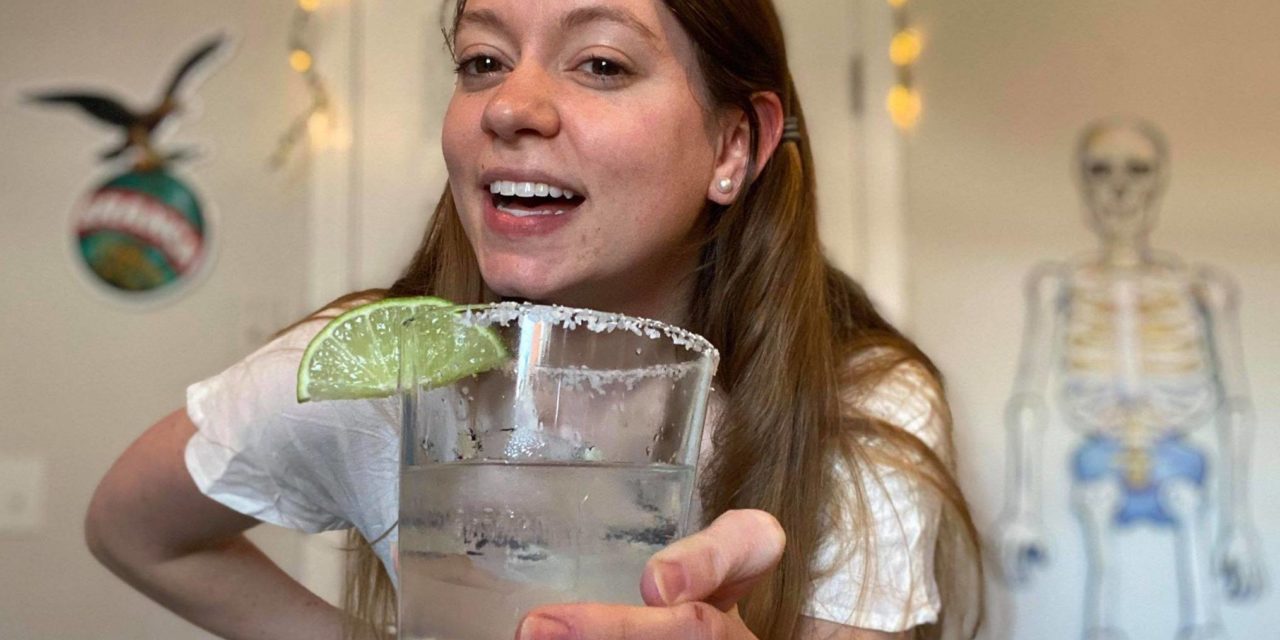 Gracie Taylor is an actor, director, and currently an Artist Educator with Commonwealth Theatre Center. As an actor she has worked with Theatre [502], Kentucky Shakespeare, Stage One Family Theatre, Baby Horse Theatre Group, The Alley Theater, and others. She is also the founder of the sketch comedy troupe Sketchy Stuff, and, as Pearl Dungle is a member of LCAW (Louisville Championship Arm Wrestling). During quarantine, she has presented “Gracie Works From Home”, a popular Facebook Live broadcast.

I was 2 weeks into the run of Storytime Theatre: On the Trail of Daniel Boone with Commonwealth Theatre Center. It’s the Spring elementary school tour. It was such a bummer for it to be canceled, but luckily we just got to film our performance, so kids can see it virtually! We filmed it on Zoom, social distance style! I’m proud to be pioneering this sort of theatre.

2.  You have been doing nightly Facebook live bartending broadcasts. How did that start?

While tending bar in early March, I heard many customers talking about their woes of working from home. With the impending idea that I’d be furloughed, I thought, “I can’t work from home. I’m a dang bartender.” Then, I thought it’d be funny if I “worked” from home via Facebook Live. On day one of lockdown, I was ready. I’ve been “tending bar” every weekday at 6 pm! I just make a cocktail from my kitchen and make some one-sided small talk.

3. Have you collected fans of the broadcast who didn’t previously know you?

I have! I do a daily raffle for the cocktail I make, and I’ve collected more and more people who I don’t know in real life! I’ve yet to have a winner who I don’t know, but I’m sure it’ll happen! Out of my 400 Facebook likes, there are 100 of them who I’m not Facebook friends with!

4. Have you been working on Louisville Fringe during this time?

Louisville Fringe started off hot with live streaming content, but has since handed the reins over to LHF (Louisville

High Frequency) Facebook page. It’s a page that shares any local live content, such as trivia games, comedy shows, live DJs, anything live! The LHF page is in collaboration with Lou Fringe. We help share a lot of the content! Please go like LHF now!

5.  Besides, Pearl Dungle, who is the toughest arm wrestler in LCAW?

Oooh.. Pearl has had a tough rivalry with Emperor Galactus for years. Even though Pearl has turned heal, Galactus has taken an even darker turn nowadays. He’s under Cvpcake’s spell, and now he’s truly evil.

6. What have been some of your favorite roles as an actor?

I really love any zany role I can get my hands on, and Theatre 502 has handed me some pretty crazy ones. I was an insecure, bulimic yoga enthusiast in Women Laughing Alone with Salad, and I was a sexy, farting, animated bunny in Allie Keel’s Nobody Bunny and the Golden Age of Animation. Pretty zany!

7. Now that you are directing, what kind of shows are you wanting to tackle?

Sketchy Stuff, my sketch comedy troupe is my main directing goal. We’ve been holding back on doing shows, because of the lockdown, but now we’re figuring out how to film shows in small groups! We’ll start filming things at the end of May, when we can safely get into small groups. Maybe we’ll do a Facebook watch party with all of our content!

I’ve only worked in Louisville! I graduated from Hanover College and moved straight here. I was motivated to move here because I saw how my friend Jon Becraft has succeeded in small theatre here. He successfully started the group, Baby Horse Theatre, which does experimental theatre, and I knew that I’d fit right in.

Louisville is unique to other places because artists of all kinds support each other. There is so much content and no competition. Everyone is always helping everyone out, and going to see each others’ shows, and recommending shows to their friends. The art in this small-town-big-city wouldn’t exist without the love and support people give.

I love music so much. I love music more than comedy and theatre combined. Not many people know that. I’ve made three Spotify playlists during quarantine! One is a local music only playlist! I really miss going to see live music, especially at Kaiju where I work. The popular song that I can’t get out of my head, though is “Blinding Lights” by The Weeknd. If you drive by my house, I bet you can hear it blasting.

Hahaha I’m literally reading “Better Homes and Gardens New Cook Book” right now – like cover to cover. It’s basically the cookbook bible. I am getting so good at cooking nowadays.

Go visit my mom in Ohio. I haven’t seen her in person since Christmas, but we FaceTime every day! I can’t wait. We wanna get a cabin in the woods somewhere. Or maybe even go on a beach vacation. 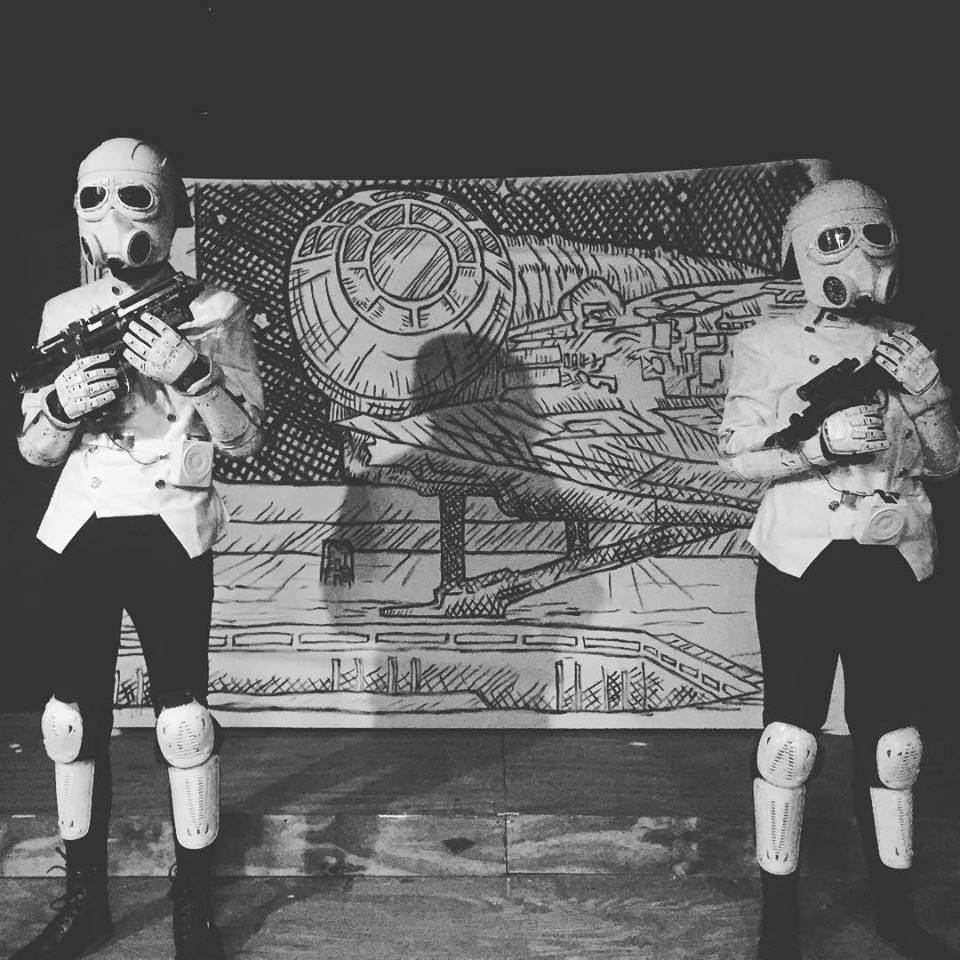