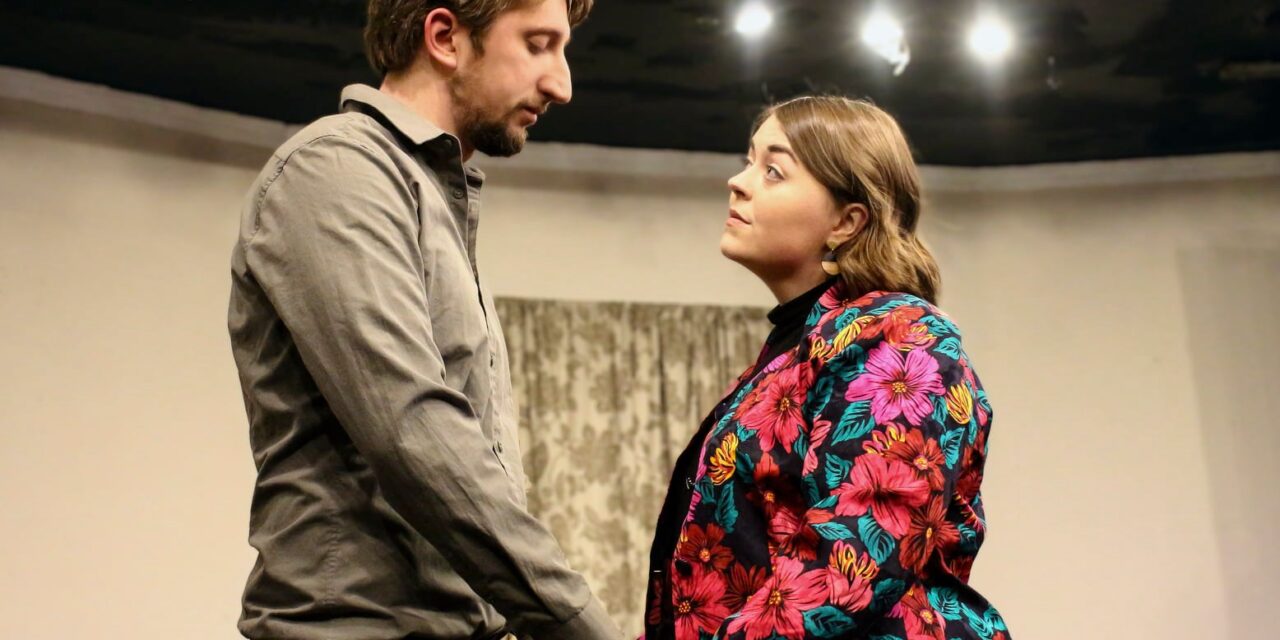 With all of the talk surrounding the fate of the Humana Festival, it is worth noting that there are local theatre artists seeking out and producing plays for their first production in Louisville. Emily Grimany was motivated enough to bring The Baby Maker to a stage without the benefit of an existing theatre group for support. While The Bard’s Town has provided the venue, Grimany’s production is DIY, which is not far from how a lot of local theatre happens.

The best result is that you take your seat with very little expectation or assumption about the story to come. Brooke Bethel’s play is a tough-minded examination of the less romanticized realities of pregnancy, breaking down stereotypes and striving for honesty in its resolution, however difficult it may be.

Molly (Tory Parker) and Andrew (Wes Yunker) announce to his parents, Janine (Kate Bariteau) and Larry (Gary Tipton) that they are expecting a baby. It doesn’t take long to see that Molly is conflicted about the experience and that she and Andrew are not exactly on the same page. When Molly’s best friend Grace (Ebony Gibson) comes to visit, their dialogue is frank and revelatory about what a woman’s body goes through during pregnancy, and The Baby Maker is first and foremost about a woman’s agency over her own body and how commonly it is taken from her; the reverence for breastfeeding, and the judgment that awaits women who make a different choice, for example. Pregnancy and childbirth moved out from behind curtains of secrecy and superstition only to be slickly packaged as the spiritual and personal apotheosis of every woman’s life.

I think the play is well-written, although Andrew’s parents never rise above cliche; Janine the distant and unsympathetic mother-in-law, and Larry the male eager to escape the room whenever the conversation gets sticky. The tropes are not unfounded, but it is limiting.

The other three characters are the meat of the conflict, with Grace’s caustic and uninhibited commentary helping to generate laughs – The Baby Maker IS a very funny play – but also frame Molly’s experience in crucial ways. You will learn a lot of details about pregnancy that may surprise you, and some of it is kind of grim.

The writing is good, but as a director, Grimany does a good job of guiding her actors, especially Parker and Gibson, to find space for weighted glances and sarcastic vocal asides that developed a rapport that rings true. Yunker also gives a nuanced turn, but I found it difficult to feel much sympathy for Andrew, whose litany of compromised apologies and passive aggressive efforts to determine the course of Molly’s experience underscored the problem.

But Parker and Yunker play the scenes in an easy, understated manner; comfortable as actors explicating the fractious relationship and unable to mask the inevitable downbeat conclusion.

Yet the minute the lights came up, the room filled with discussion, and I was quickly engaged in a debate about whether the play was unfair to Andrew. This sort of reaction, in which thoughts and emotions are stirred enough to trigger such dialogue is what theatre should always be. The Baby Maker is as provocative as it is entertaining, illustrating a perspective on pregnancy that is rarely a part of popular culture. It would be all too easy to marginalize or even demonize a character as radically conceived as Molly, yet the post-show conversation made it clear that there was a good deal of identification with her among the women in the audience.