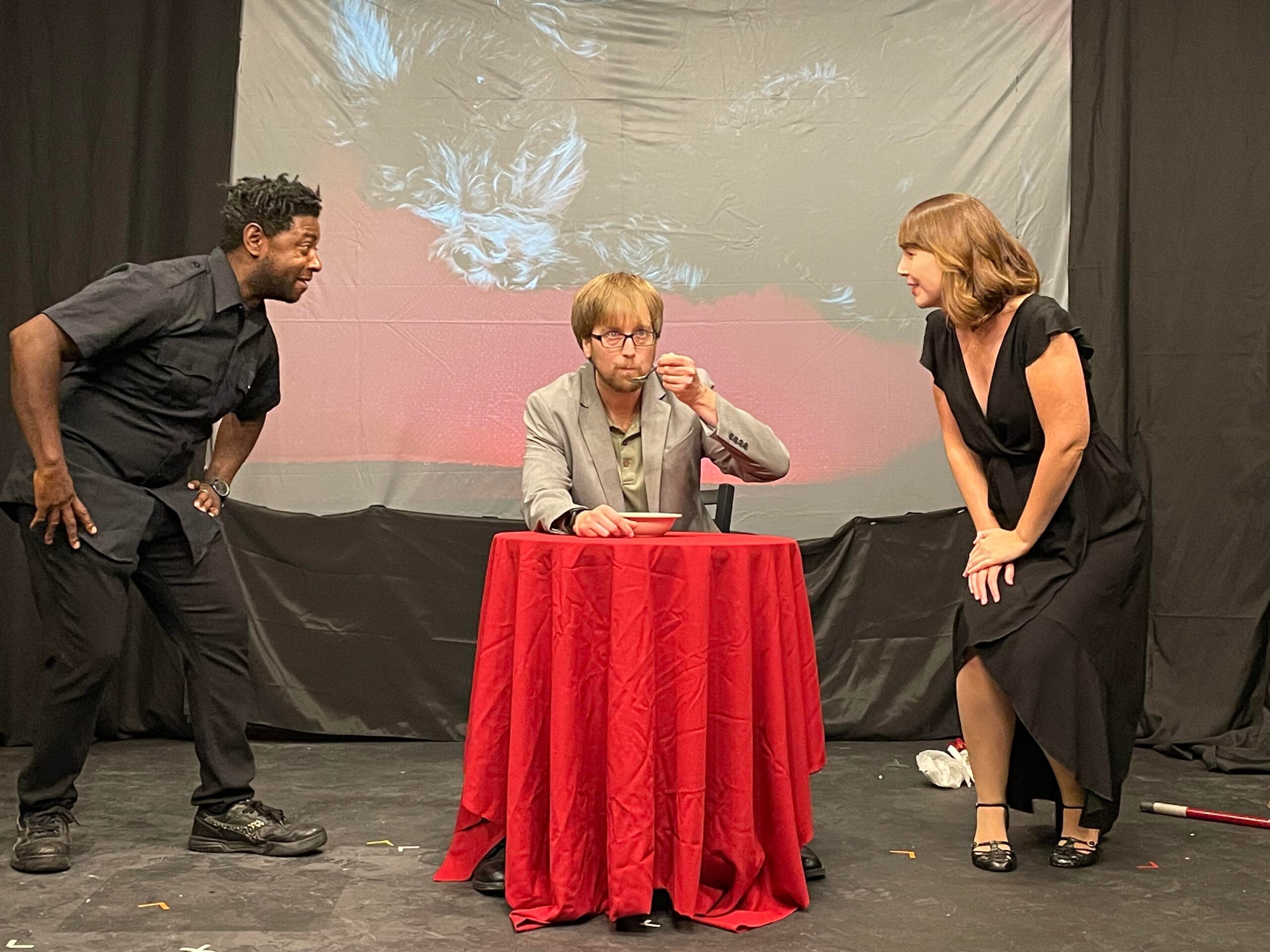 There’s nothing quite like a ten-minute play. In my opinion, it is the purest and most exciting form of playwriting. If (like me) you struggle with maintaining focus, remembering important but subtle details, or comprehending complex world-building, ten-minute plays are the ultimate theatre-going experience. You are immediately dropped into the world and the circumstances surrounding the inciting incident; every single word, line, and movement is vital and has meaning because these are the only ten minutes you get to tell the audience everything they need to know. As an audience, you are given the highly-concentrated morsel of a world and must use your own imagination to flesh it out.

Most of the plays in the Eleventh Annual Ten-Tucky Festival are more sketches than plays. The action is centered around a specific joke or gag, and the characters are really caricatures who remain unchanged by the end of the narrative. Sketches aren’t better or worse than short plays, but they are a whole other craft. And an evening of sketch comedy obviously demands a different tone than an evening of new plays. But at the Ten-Tucky Festival, the wires seem a bit crossed.

Tone was a bit of a challenge overall for the evening. Our delightful producers, Rachel Allen and Sabrina Spalding kick off the night dressed in sensual red robes and holding fake cigarettes–we later learn it’s so that Allen can easily transition into her costume for the first show of the night–and they have a casual, sweet rapport with each other and the audience. Immediately the tone is goofy, campy, and homegrown. As our em-cees, they return for each transition, vamping onstage as props and set pieces are moved behind them. While well-intentioned, their presence gives the evening far more of a “variety show” feeling than a new play festival, and in the later half of the production, it’s down-right jarring juxtaposed with more serious works like A.K. Forbes’ Dividing Adam’s Ashes and Martin French’s Fulfillment.

Across the board, the performances are fun to watch. The Bard’s Town stalwarts always know exactly how to get what they want from an audience. Corey Music experiences not one, not two, but four emotional breakdowns throughout the evening, giving the same energy to a monologue on niche beer varieties as anyone doing Hamlet at The Globe. Tony Smith gives you everything from an earnest and horny Adam (of & Eve fame) to a psychotic child convinced he’s a vampire. Meghan Logue Holland continues to have the comedic timing of a god. And Lee Stein’s innate charisma and charm even, for a moment, make you consider rooting for a man who breaks into his ex-girlfriend’s house to do a menial task out of love for her (but only for a moment) in Eric Thomas’ Heart Condition.

Forbes’ Dividing Adams Ashes is one of two shows of the night that offer more nuanced characters for the actors to play with. Bryce Woodard delivers a grounded and emotionally rounded performance as Martin, who has to reckon both with the death of his friend and the betrayal he committed against him. Martin French’s Fulfillment also wades a bit deeper into character depth, offering a Severance-reminiscent look at fulfillment centers (a la Amazon). Bailey Preston as Shel (or Tracy) is stark and chilling. The play is delectable, giving just enough to get curious and confused, wanting more, but scared of what more could mean for these characters.

The evening concludes with Jake Rosenberger’s hilarious Lil Miss Serial Killer, a classic sketch with an opportunity for every actor involved to shine comedically. The play immediately follows Fulfillment, which clearly wants to end on a deeply unsettling note, leaving the audience in the frightening limbo of their imagination. Unfortunately, the opportunity for this group meditation was a bit trampled by our em-cees, whose vamping interlude began with “Wow! That got dark!”

I genuinely believe ten-minute plays are so important to the art form. I believe their lower stakes and accessibility offer lots of opportunities for entry–whether it be for a first-time director, an actor new to the community, a blossoming playwright noodling on a larger idea, or even a new audience member. Because the group that created this production was so insular, with so many actors doubling as directors and/or featuring in multiple plays, it felt like some of those opportunities may have been lost.

This festival has all the potential in the world, and what it might lack in polish, it makes up for in talent and heart. This is a town that loves new plays, that needs vehicles for them now more than ever. If The Bard’s Town wanted to fill that void, I have no doubt that with a focused effort, they could do it. 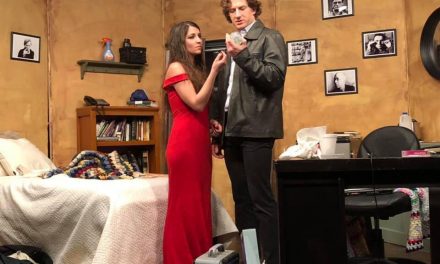 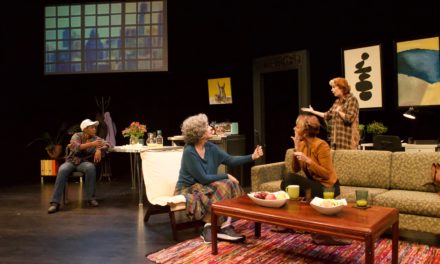 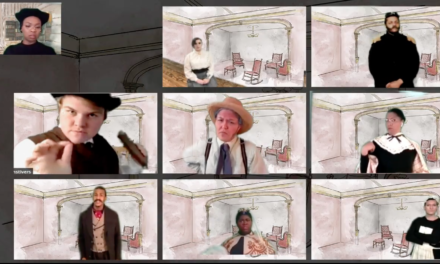