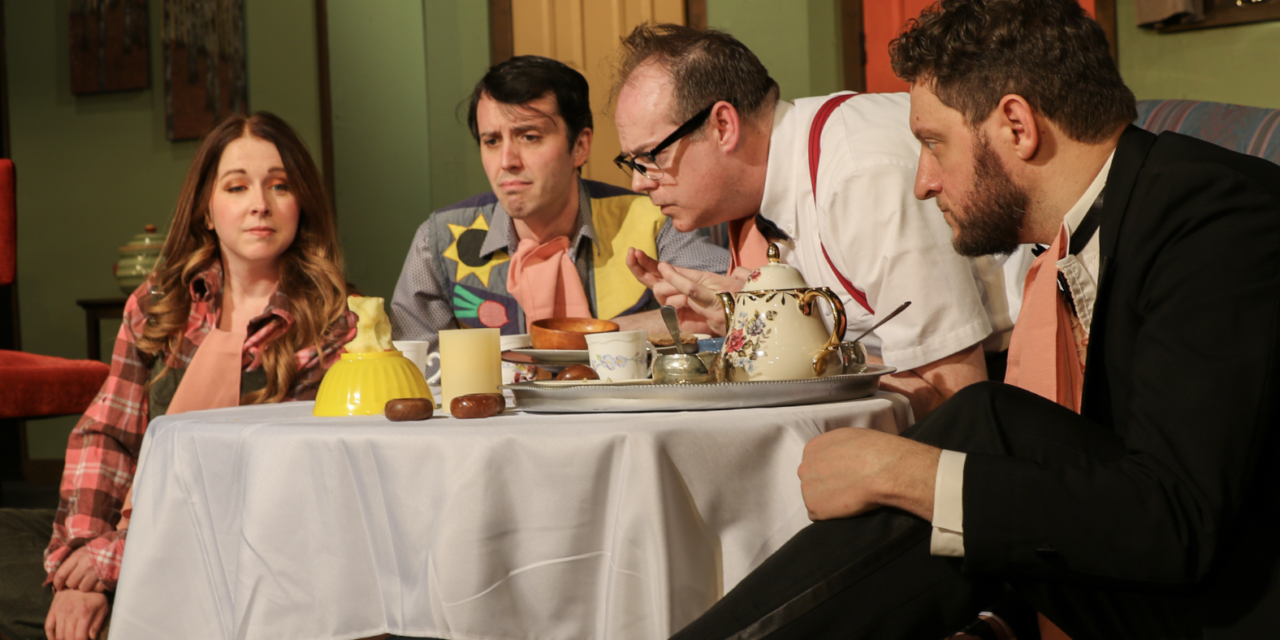 Entire contents are copyright © 2023 by Brian Kennedy. All rights reserved.

A very funny show with an unexpected twist is to be seen in the Clarksville Little Theatre production of The Nerd.

Directed by Mike Price, the show takes place in November 1979, when Willum Cubbert (Neil Brewer) is more excited than he’s been in a long time. Not because of his birthday, which his friends Axel (Jeremy O’Brien) and Tansy (Katie Graviss Bechtler) try to celebrate, but because a fellow military man who once saved his life is coming into town.

However, when that man, Rick Steadman (Brad Lambert) arrives, Willum is shocked to find him looking every bit the nerd, including the suspenders, glasses, short-sleeved white shirt, and bow tie. Rick quickly turns Willum’s life, as well as everyone else’s, upside down in chaotic and hilarious ways, from playing games like “Shoes and Socks” to moving in uninvited.

This was a quality show from start to finish, occurring entirely within Willum’s home. The set features a couch center stage, a work table to the side for Willum to work his architectural magic, a door leading to the outside behind the couch, a bookcase, a closet, pictures, and a record player.

Each actor brought the right amount of comic energy as well as emotion to their characters. Brewer effectively showcased Willum’s ever-increasing anxiety as his world seemingly crumbled down under the interruption that is Rick.

Lambert, meanwhile, absolutely owned his role as Rick. His voice and mannerisms were believable, and he was in full control of all situations he was involved in, easily earning the biggest laughs of the show.

O’Brien and Graviss Bechtler bring genuine concern for Willum through their characters Axel and Tansy, respectively. Graviss Bechtler also showed Rick varying levels of disdain, adding to the hilarity of the show. O’Brien, meanwhile, kept his character appropriately more even-keeled while also effectively leading a charge to get Rick out of the house.

Then, there are the Waldgraves, Warnock (Jason Potts), Clelia (Carrie Chastain), and Thor (Madoc McMahon), who were wonderfully played. Warnock, for whom Willum is trying to design a hotel, is the straight man, and Potts allows him to comically fall victim to Rick’s plans.

Carrie Chastain’s facial expressions as Clelia, Warnock’s wife who has a penchant for breaking dishes, were fun to watch.

Meanwhile, McMahon’s Thor, the son of Warnock and Clelia, was the most spirited one of the trio, McMahon used his nonstop energy to play a barely-controlled nuisance, earning laughs while also causing the initial chaos for the characters.

The Nerd plays for one more weekend at Clarksville Little Theatre. With plenty of laughs and quality acting from all involved, this is definitely a show worth seeing. 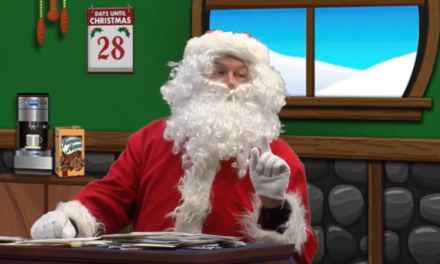 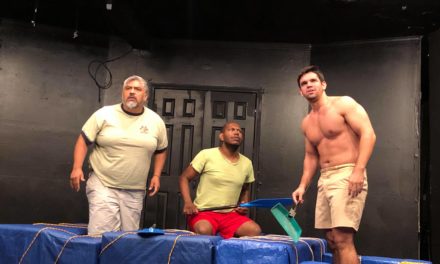