Volpone
By Ben Jonson
Directed by J. Barret Cooper
Reviewed by Rachel White
Entire contents are copyright © 2012 Rachel White. All rights reserved.
As the lights came up on Walden’s opening production of Volpone, I asked myself why young actors don’t do this play more often; it’s full of fun gags and ruthless, zany characters.  However, as I watched, I remembered the dark undertones, the length and the complexity of the language.  It’s a difficult play.  It is Ben Jonson’s attempt to comment on the English society of his time, but it works for our time too; and what makes it good is the actors’ commitment to its zaniness.
DJ Nash plays Volpone, the fox, a man who attempts to increase his wealth by playing sick.  The other characters fall easily into Volpone’s trap, showing up to his sickbed with expensive gifts in hopes of being named his heir.  Nash plays Volpone with drollness and weariness that contrasts nicely with the absurdity of the other characters.  He doesn’t play for laughs, but gets them easily with the occasional look of disgust or annoyance as the enjoyably nasty Corvino (played by Chris Lockhart) crawls into bed with him or the parasite Mosca (Hank Paradis) pours fake sweat over his face to make him look feverish.  Volpone patiently bites the bullet.  In this way, he grounds the play.   In a sea of chaos, Nash portrays Volpone as the calm, conniving character, dryly robbing the rich to feed himself.  The overall feeling you get is that he’s just doing what he has to do (and they deserve it anyway).  We like him for that.
The makeup and costumes are black box avant garde meets Elizabethan comedy.  One of the characters, Lady Would Be Politic (Brooke Morrison), sweeps in with a dress containing ornaments made of two young girls (Maggie Gediman, Sabrina Brown).  The girls wear white face paint, rouged cheeks and deadpan expressions.  These are Lady Would Be’s freaky ornaments as noted in the program. They are freaky, and they seem to enjoy their freakiness, which makes them even freakier; I liked them.  Most of the actors wore white face paint and rouge cheeks, reminiscent of the era, except for Corvino, who looks like he has been using too much fake tanner. The effect of the makeup is to heighten the absurdity of the characters, and it works. All of the production is fun and unusual and a little dark. The visuals really stay with you.
The language is tough, though, and there were times when important information was lost as the actors struggled at times to articulate lines.  However, their commitment to the play’s sense of fun and mischief was not to be missed.
The characters in this play are delightfully horrific, and the actors delight in taking them to the extreme.  We enjoy them like we enjoy the characters of Seinfeld, but the language is far richer and more beautiful. They lie, they cheat and they sell their wives to get ahead.  So it seems alright in the end that Volpone deceives them.  Because, unlike everyone else in this play, he is sly and smart, and patient – and maybe without pretention.  This makes him a hero and an almost likable character.  The point is:  We want to see him win against these fools who are blind to everything but their own small lives and desires.  He’s an old school hustler and unapologetically so. He understands the game and he makes it works for him.  It’s not a lesson in morality, but it sure is fun that someone like that can exist.
The production succeeds in that it creates its own weird, wacky universe fueled by Jonson’s writing.  Actors fall ill and have seizures – they rant and rave – and give it their all, and in so doing remind us that this is what happens when a culture loses perspective.  As audience members, we know that we are not like these people, and yet we recognize them and know sadly, and laughingly, that they are of our world.
Volpone
May 10, 12, 14, 17 @ 7:30pm
May 19 @ 2pm
Walden Theatre
1123 Payne Street
Louisville, KY 40204 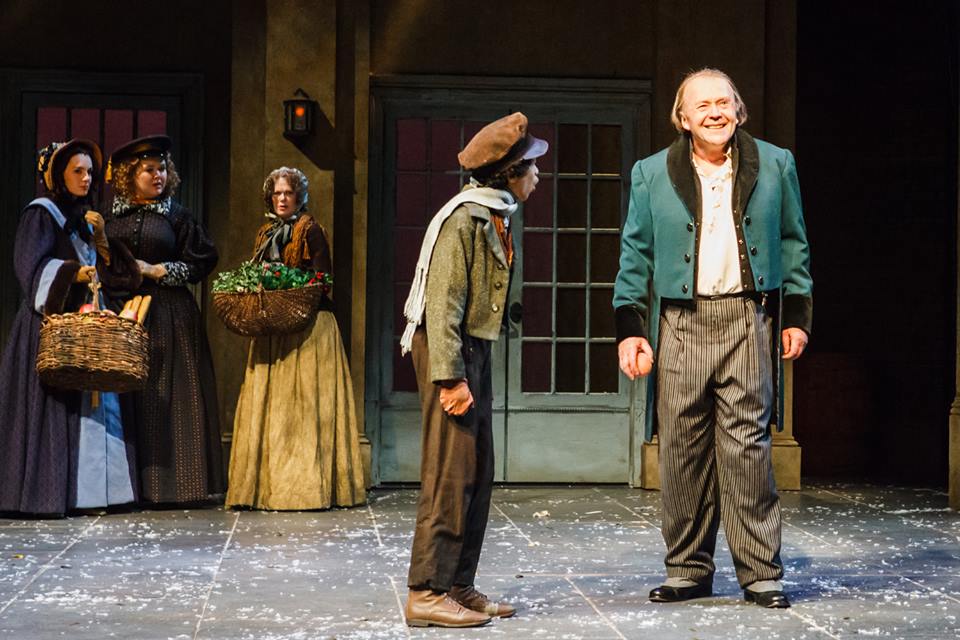