Baby with the Bathwater
By Christopher Durang
Directed by Carlos-Manuel Chavarria
Reviewed by Keith Waits
Entire contents are copyright © 2013 Keith Waits. All rights reserved.
Christopher Durang’s Baby with the Bathwater originates from early in his career when he was establishing himself as one of the preeminent satirists in American theatre. Yet its targets and observations have not been dulled by time as much as one might expect. Family dynamics and the profound legacy of severe dysfunctionality continue to occupy our social discourse, as we may never exhaust our capacity to turn the mirror on ourselves.
The first act is a brief and scathing take on parents, Helen and John, who have brought their new-born baby home and are so profoundly ill-equipped for the task that they are uncertain if it is a boy or a girl. The arrival of a demented Nanny, who leaves a rattle made of lead, asbestos and Red Dye #2, only exacerbates matters.
Act Two runs longer and introduces complexity into the broadly drawn situation, with the child, now named Daisy, growing into a neurotic young man who struggles through years of college and therapy to discover his own identity while his parents become hopelessly irresponsible, neglectful alcoholics lost in their own bitter disillusionment.
As with much of Durang’s early work, autobiography and a caustic, pessimistic attitude towards western society are dominant themes. His structure somewhat reverses the typical two-act dynamic and places most of the development of character and plot after the intermission, so that Act One seems more like a prelude to the heart of the story, which is Daisy’s coming of age, and attempts to escape the effects of such horrid parents.
Director Carlos-Manuel Chavarria sets Daisy’s birth in 1969 and follows the action over a 33-year period, yet keeps his production design firmly rooted in an early-1970s sensibility. The play premiered in 1983, but the shift in period fits well enough, providing the clueless parents with the context of baby boomers coming of age at a time of fundamental changes in the social paradigm that helps make sense of their ineptitude. His creative team, especially in composer Zac Stefanski’s original music score, captures the zippy, trendy and shallow nature of the times with originality. An opening pantomime seems designed specifically to show off this work and establishes an introductory tone pitched somewhere between The Newlywed Game and Love, American Style.
The work of the ensemble is decidedly uneven, with an overall result that gets the job done with occasional flashes of more inspired work. Katherine Thesing delivered the strongest, most consistent performance of the evening, bringing subtle notes of pathos and despair to Daisy’s mother, Helen, that were nicely balanced against the more outrageous verbal and physical slapstick, which she carried off with aplomb. One repeated device in the play is that Helen often surrenders to difficult moments by collapsing to the floor for stretches of time. The skill with which Ms. Thesing accomplished this task is an example of how small details matter. Amanda Egan’s turn as a utility player managed some good comedic moments, particularly as The Nanny; while Allison Anderson does yeoman work playing several minor characters. Jacob Arnold is serviceable as the father, John, but unfortunately fails to push beyond the most superficial character observations. As Daisy, Dustin Schroeder struggles against some of the same limitations, but he managed to find the gender-confused character’s dignity and integrity and displays measurable growth onstage since I last saw him in last season’s Bellarmine University production of Frida.
Durang’s soured perspective can sometimes be hard to take and is leavened by a comedic sensibility that plays like Neil Simon on acid. But this production speaks well enough to a contemporary society even more obsessed with issues of equality and the disruption of family structures than that which birthed the original. It is surprisingly still relevant and resonates with an audience as much as it ever did.
Baby with the Bathwater
October 18, 19, 20, 24, 25 & 26 2013 at 7:30 p.m.
General Admission $15; Students with ID and seniors $10
Bellarmine University Theatre Program
Black Box Theatre
Wyatt Center for the Performing Arts
www.bellarmine.edu/theatre
502-272-8188 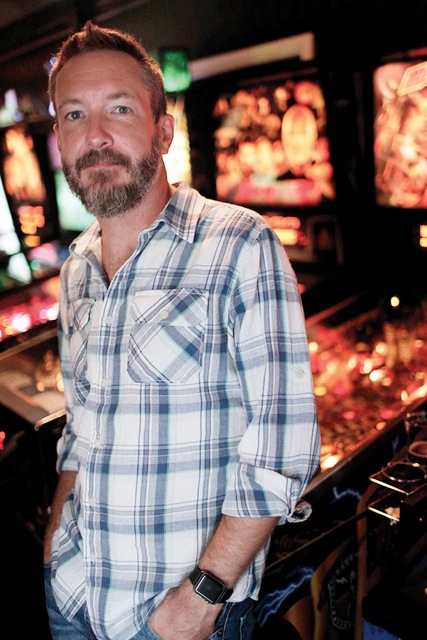