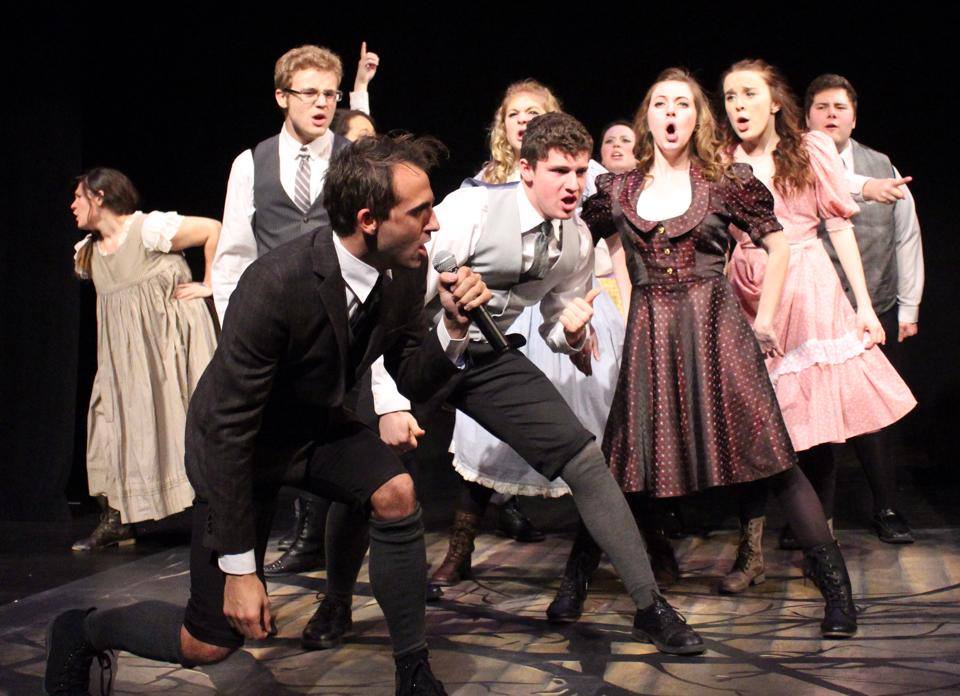 The cast of Spring Awakening. Photo-KAAC

Entire contents are copyright © 2014 Kate Barry. All rights reserved.
Do you remember adolescence? That angry, awkward and mysterious time conveniently matched with early days of high school? Those days were rough around the edges for everyone it seems. These were times where personal truths were discovered and life’s direction began to drift in one way or another. Several years ago, the Broadway stage saw an honest depiction of children who wondered about their growing and changing minds and bodies with Duncan Sheik’s revision of Spring Awakening. Originally written by German playwright, Frank Wedekind, Sheik and writing partner Steven Sater created a new musical that reaches out to anyone who ever felt awkward, weird, or rebellious in their youth. This weekend marks the opening of Kids Acting Against Cancer’s run of the production.

The strength of the show lies heavily within the cast of young actors’ emotional connection to the piece, which creates performances that are poignant and moving. In his portrayal of Moritz, Charlie Meredith displays an honest and vulnerable performance. His messy hair paired with poppy-punk songs like “The Bitch of Living” and “Don’t Do Sadness,” transforms Meredith into an angry youth on the verge of a tragic fall. Mckenna Poe’s performance as Wendla is moving as well. From “The Word of Your Body” to “Whispering”, Poe adds tenderness to her character’s desperate desire to understand the world around her. In his portrayal of Melchior, Remy Sisk brings maturity to the play’s central character. As one of the oldest actors in the cast, Sisk uses this to his advantage as his portrayal of Melchior strives to educate his peers.

As this cast strives to put boundless energy in their performance, these moments of loss and growth resonate with any age. Songs like “My Junk” and a “Totally F**ked, utilizes the cast spirit and physicality. During these larger musical numbers, it seemed that the space was too intimate for the maximum potential to really shine. At other times, the space worked in favor of the production. In a delicate scene between Hanschen and Ernst, played by Hagan Zoellers and Joseph Harlan respectively, the intimacy of the setting magnifies the shared moment of self-discovery, creating a touching moment. Jasmine Young and Abby Helm’s duet “Dark I Know Well” provides the strongest performance in the production. With gripping lyrics and simple staging, Helm and Young are given an opportunity to shine.

It’s refreshing to see young actors perform a piece that resonates with their demographic. As I looked around the theater during the show, I saw young audience members wiping tears from their eyes, consumed by the story in front of them and singing along with the music. From these observations, it’s evident that Kids Acting Against Cancer has put on a successful production.

The Mex Theatre at the Kentucky Center for the Arts 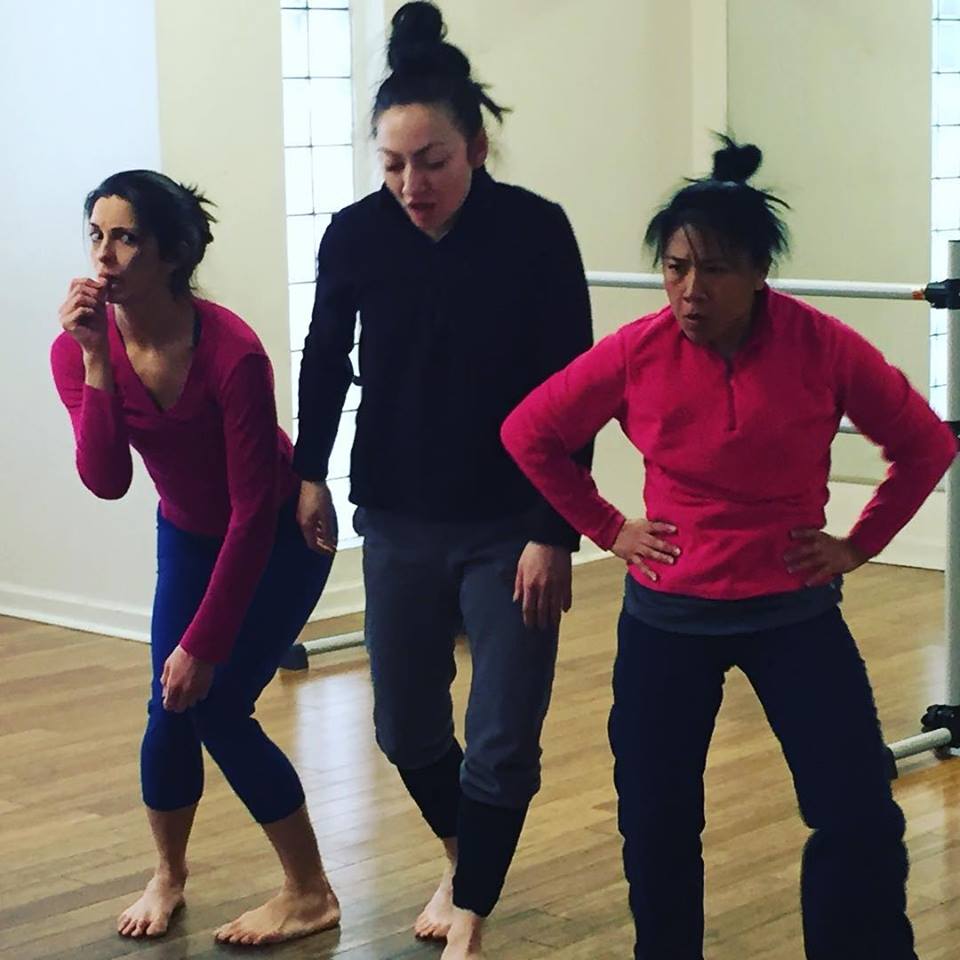 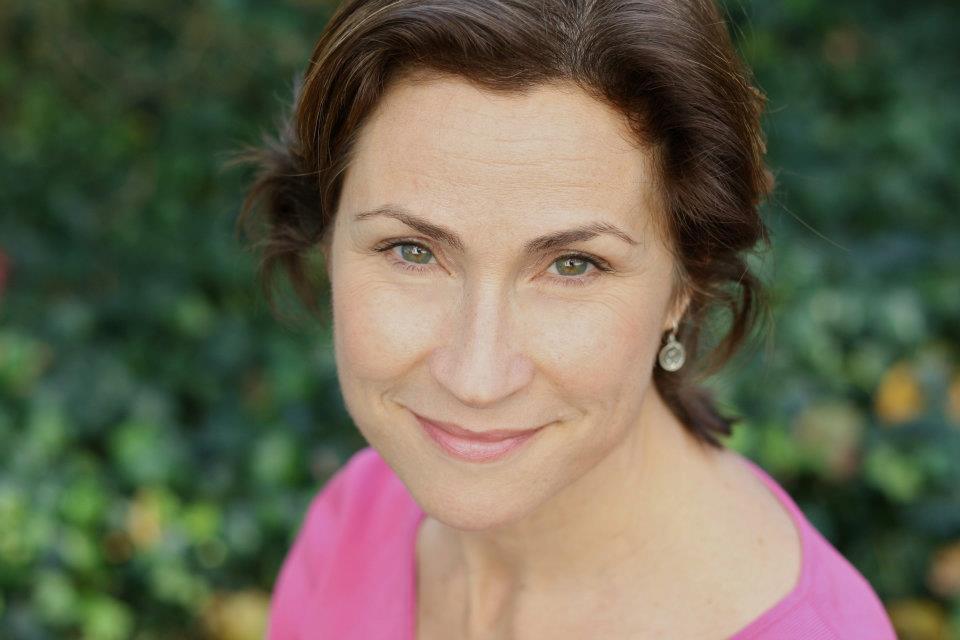 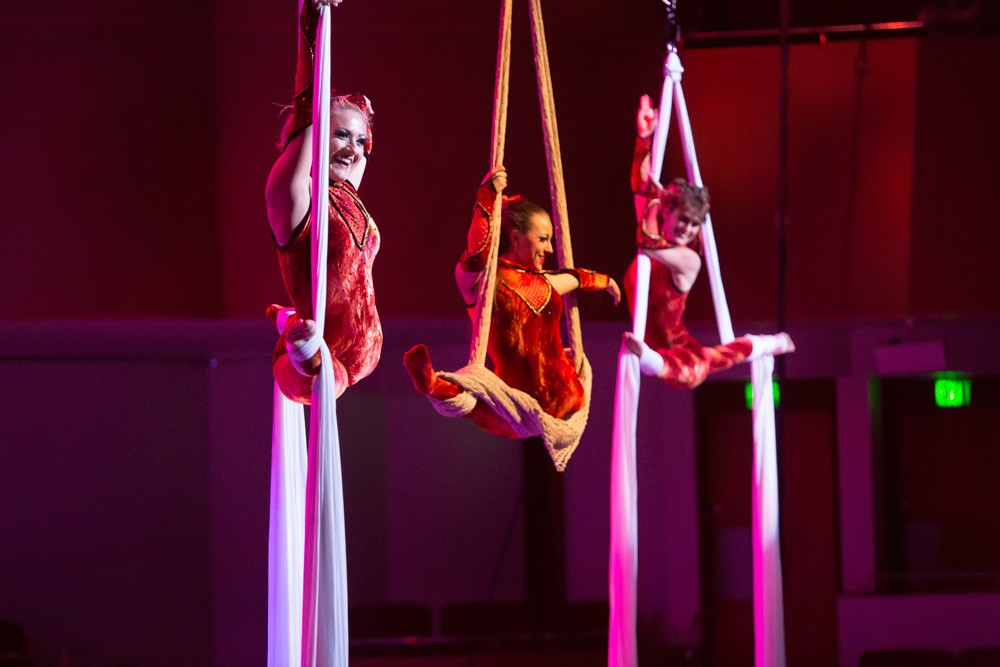 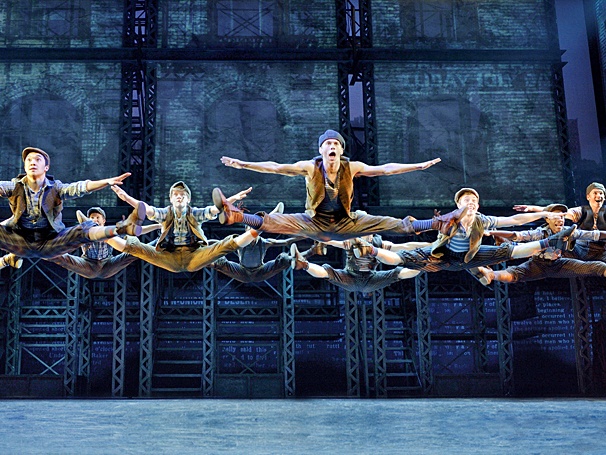