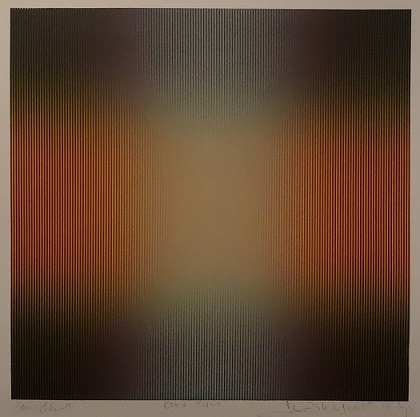 If we are to examine one artist’s life work of forty years, what is appropriate? Should they have been highly prolific, and if they were not, we might question the value of such an exercise in the first place, what venue might allow a comprehensive enough survey of a body of work consisting of hundreds, if not thousands of pieces? Such a herculean task is met by curator John Begley and artist John Whitesell for In Retrospect: John Whitesell Four Decades, on exhibit at Schneider Hall Galleries at the University of Louisville through February 23, 2014.

There is certainly a great volume of work featured, and if one still is left with the nagging thought that it must remain a sporadic sampling, it seems due to the limitations of linear wall space afforded by even this wholly appropriate location. Whitesell has taught at this University for so long and it seems academically and spiritually correct that the celebrated print maker’s career be recognized in this place, and the friendship between Begley and Whitesell dates back even further, so that collaboration also seems correct.

Work is arranged chronologically and subdivided into ten-year periods, and the earliest prints are startling in how clearly they reflect their time. Tightly controlled abstract geometric patterns feature color blends that reflect the op-art, Day-Glo color schemes pervasive in the sunset years of the 1960’s counter-culture. Mainstream design and culture, as usual, responded to the explosion of confrontational artistic forces by co-opting such elements as psychedelic motifs into mass media entertainment and advertising. Whitesell’s work from this period is beyond such trite comparisons, and may owe as much to process as to the taste of the time, yet, if you were alive at that time, the echo is unmistakable.

Moving into the 1980-s and 1990’s, the patterns progress into a more rough and tumble arrangement of shapes and textures and the sense of restless exploration is palpable. The compositions become more organic and take on a more dynamic quality that clearly welcomes a sense of haphazardness, in sharp contrast to the intricately interwoven patterns of the early prints. There is still control and technical prowess enough to command respect, but it serves the developing use of recognizable image without calling attention to itself. The flash and style of the color blends has here give way to a more mature and thoughtful approach that embraces experimentation.

Whitesell appears to have investigated almost every known printmaking technique throughout his career, and his most recent work in the show is, intriguingly, the simplest and most accessible. Most of the pieces are of a good size, but a particular sequence of “Natural Leaf Compositions” are but 6” square, packed with visual richness and just the slightest tension from being held in check by an exquisite presentation of rough, wood frames and a wood-box folio. The shift from abstract to representational image takes another step in photographs of interwoven natural elements in his “Branches, Brambles and Vines Series” are immaculate archival pigment prints, and the artist captures something profound in the thickets. The visual textures are not so unfamiliar after viewing the material from the middle of the exhibit’s time line, but the sense of place in these studies conjure a contemplative mood that highlights the distance from urban environments one encounters on a walk through the woods; the senses opening up to the sounds, smells and physicality of the natural world as the air moves around you. While the earlier work often seems preoccupied with subjective artificiality in their colors and materials (the Polarized Cellophane Prints are the most obvious example), the autumnal and winter sensibility in these images drawn from nature, continuing in the fifth decade of this artist’s journey, are also correct because they are honest and deeply felt pastorals.

Mr. Whitesell’s esteem in the community of print artists is well represented by a dozen or more portfolios in which he was invited to contribute (one assumes there are likely more that are represented here), and a small gallery space off to the side displays, both on the walls and on a video monitor, an entire exhibition’s worth of student’s work from forty decades of teaching. That this group includes John Nation, Deborah Stratford, Rita Ford Jones, James Doiron, Corie Neumayer, Stephanie Skagg and Bart Kasten speaks for itself, and both clearly affirm the broad range of his influence.

A Gallery Talk by John Whitesell will take place on Sunday, February 16, at 2:00pm in the Schneider Hall Galleries. 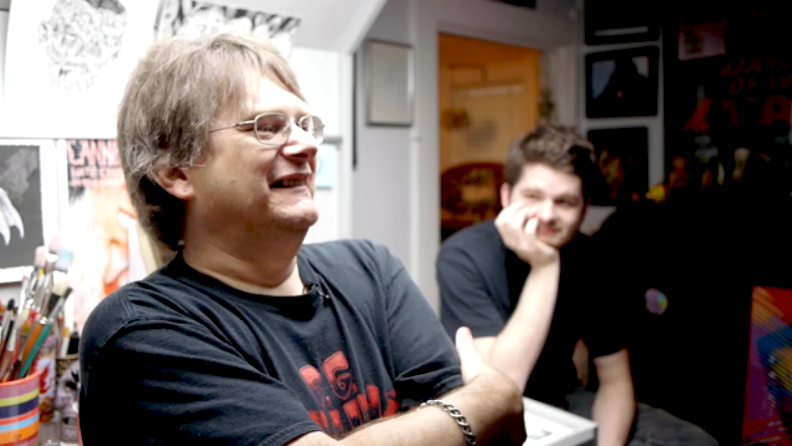