A Christmas Carol is one of the most frequently adapted literary works there is. It has been a Mr. Magoo cartoon, a Muppets movie, a Bill Murray comedy, a musical starring Albert Finney…the list goes on and on, and there are-no-small number of stage scripts to choose from. I sincerely doubt that there are very many of us who have read Charles Dickens’ original novel, and that our deeply ingrained familiarity with the story results from this specific sub-genre of Christmas storytelling drama.

In Louisville, that familiarity owes much to the perennial Actors Theatre production that was for years identified by Ray Fry’s Ebenezer Scrooge, and has now been presided over by William McNulty for many, many seasons. This year McNulty’s Scrooge is surrounded by new settings by Antje Ellerman and fresh costumes by Kristopher Castle.

Carol is many things, not the least of which is a ghost story, an aspect often given short shrift in our collective memory of the tale. Sure, we remember Marley and the three spirits, but do we really expect to be scared by them? This rejuvenated production takes a stab at doing just that.

Marley (the marvelous Larry Bull) rises through the stage with wild eyes and long white hair, looking more than a little like Beetlejuice, and gone is the London Bridge that dominated the scenic design for so long. It is replaced by a more flexible arrangement of facades and curtains that, at times, disappear entirely to allow for atmospheric projections that frame the journey’s with the spirits as a celestial event. The period setting is pushed back by just a few years from the 1843 publication date of the original novella, and the scenes of Scrooge’s youth include men’s wigs and tri-cornered hats.

Director Drew Fracher stages with an eye towards moving Ebenezer from passive onlooker to participant, at one point having the character change places with his younger self so that he suddenly finds himself dancing in the arms of his beloved Belle (former Acting Apprentice Emily Stout). It is a magical moment.

The boldest design changes occur in the depiction of the three spirits. Christmas Past is, as it has been in recent productions, an aerialist, (a lithe and charming Shanara Gabrielle) entering balanced on a large ring and spending as much time suspended from lengths of fabric as she does grounded on terra firma. Lee Palmer’s Christmas Present fits within the iconic concept of near-Dionysian symbol of festivity that we have come to expect, but Mr. Castle’s costume upgrade of fruit-bedecked cloak and sausage garlands is a slyly satirical note that helps puncture the risk of pomposity inherent in the character.

But the best is saved for last, with an epic conception of the Ghost of Christmas Yet To Come about which I will say no more, lest I spoil the effect for future audiences.

That A Christmas Carol has proved so enduring can be explained in part by the fact that it was a crucial element in the resurgence of traditional holiday trappings in England and America, but it is also is a potent balance of comedy and tragedy, the sacred and profane, that speaks to the inner core of our being. We want to believe that each of us is deserving of redemption. 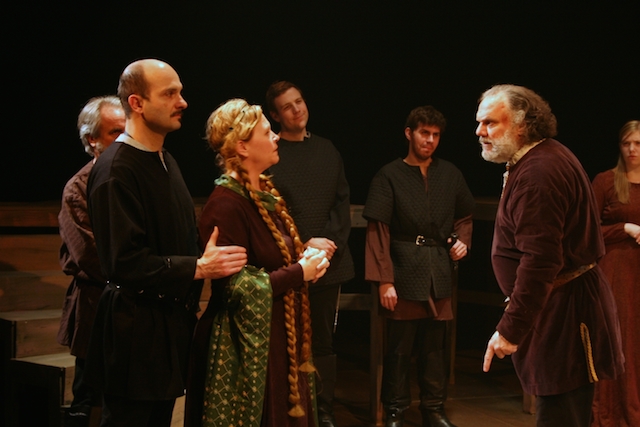 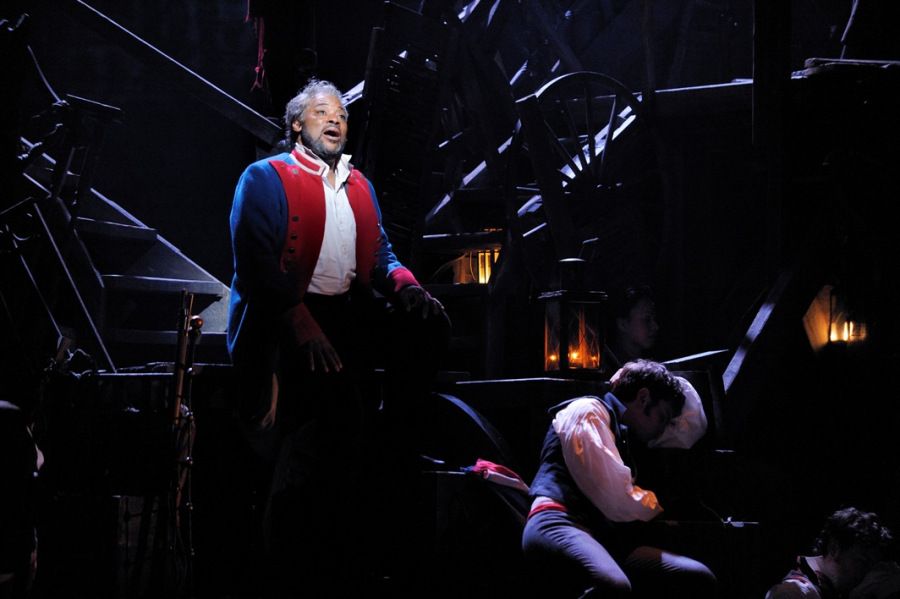