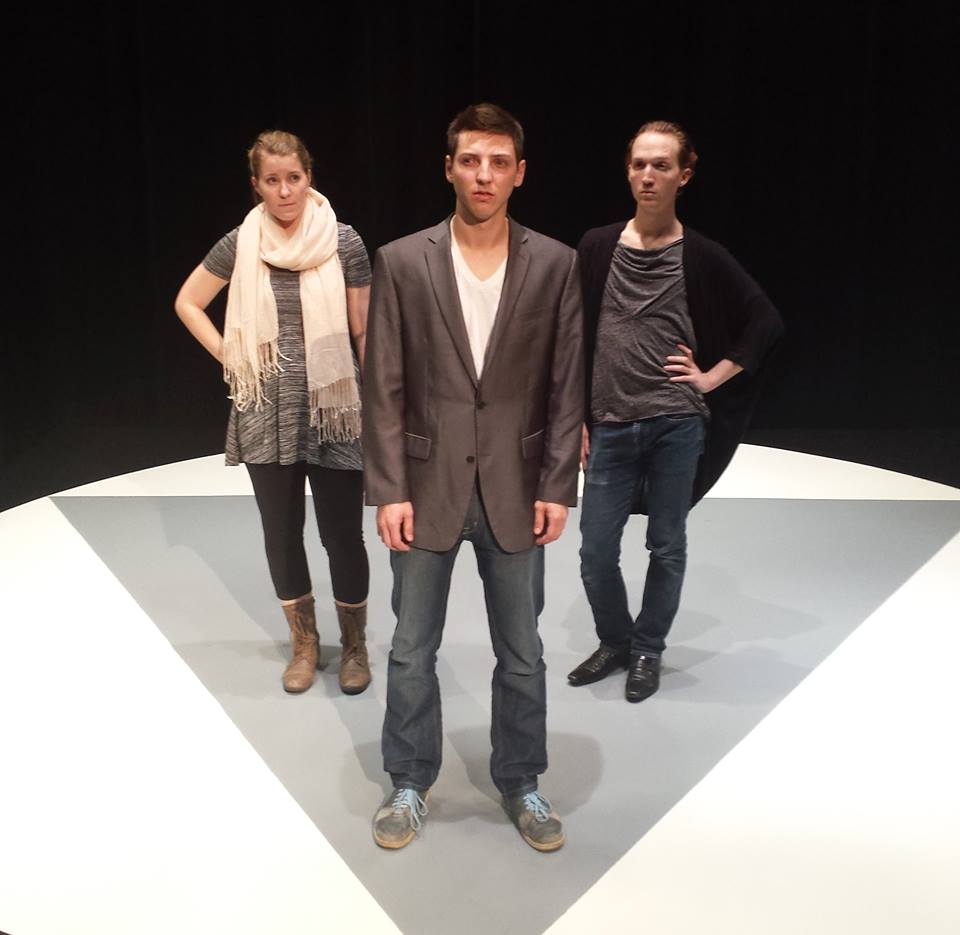 I had the chance to read the script before watching Pandora’s current staging, and I have to say I was intrigued to see it performed. The script contains nothing but dialogue; there are no stage directions or instructions on how any of the lines are to be delivered. That leaves it wide open for interpretation by the actors and the show’s director, making it, at the very least, a daring undertaking for any theater company.

Thankfully, Pandora’s guest director J. R. Stuart and his talented cast are up to the task. And while I admit I’m ultimately not a fan of the story it tells, it is undeniably well acted and directed.

The concept of a committed man leaving his wife for another man is a common trope in gay literature and theater; in Cock, that idea is turned on its head. The story involves John (Zachary Adam Hebert), a gay man in a troubled but committed relationship with M (Neil Robertson). The two break up and later reconcile, but not before John has a fling with a woman known only as W (Melinda Beck). His confession of the affair, and his reluctance to end it, understandably drives M to distraction. John can’t decide between the two, and decides to make his decision at a dinner party while all three are present. That’s an oversimplification of the plot, to be sure, but to say any more would give away too much.

Your appreciation of the production will depend largely on how much you can buy into the story. I personally found it a bit hard to believe, but others in the audience on the night I attended were quite enamored. At least one person told me it was the most honest and meaningful bit of theater he had ever seen.

But the production itself was amazing. I had a few quibbles with some of the characterization, but over all the show provided raw emotion that just has to be seen to be believed. I didn’t think any of the characters were particularly likable, but somehow that worked for the story being told.

As John, Hebert’s performance never waivered, even if he at times came off as a bit self-centered and constantly on the verge of tears. Robertson’s portrayal of M was a bitchy delight, and makes it clear the character is no less self-serving. Beck is amazingly believable as the very-much-in-denial W; you just want to shake her at one point and tell her to snap out of her fantasy world. Tony Prince is also fun in the role of M’s father, the determined peacekeeper of the proceedings.

Another unusual aspect of the performance is the lack of any furniture or props; everything is left to the viewer’s imagination. This was a suggestion in Bartlett’s script, and it was a concept I was a little leery of, but under Stuart’s direction it works surprisingly well.

Again, it’s an odd play with a not particularly easy-to-take story, and I’m not sure that I am getting all of Bartlett’s points. But it certainly is a rousing piece of theater performed with gusto, so I definitely recommend it. 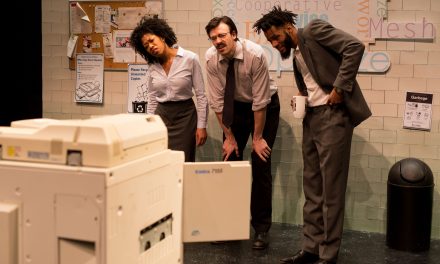 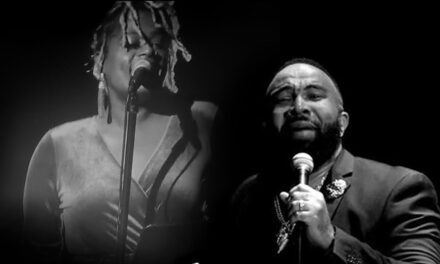