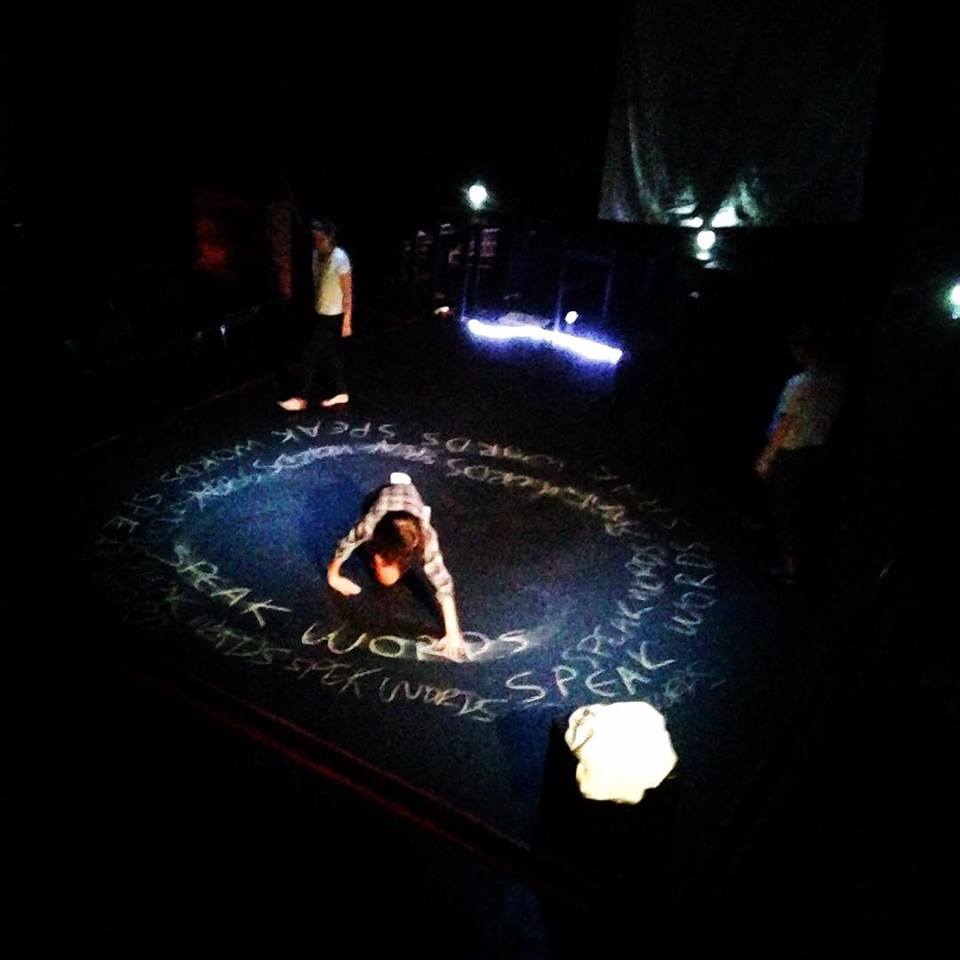 A Walden Theatre Alumni company has been a part of the company’s history for several years, but it was for a long time a fluid roster of former students mounting estimable productions of good plays during their summer break from college. More recently, under the stewardship f Benjamin Wells Park, who now teaches at Walden Theatre/Blue Apple Players, the group has become a loose congregation of artists developing an overtly experimental aesthetic.

This devised production, liberally using the free verse of Walt Whitman, is a good example of that aesthetic. A blend of theatre and performance art, it defies synopsis. Three actors (Melinda Beck, Benjamin Wells Park & Gracie Taylor) dressed in white t-shirts and jeans, move through a starkly lit space reciting lines of Whitman’s poetry. They sometimes carry electric lanterns, and at times they step step behind a cloth to punctuate the verse with silouhettes of birds, foliage and stars, and their movements are nearly constant. At first the blocking seems random, but eventually a pattern emerges: circular motions growing tighter until the trio rest in a an intimate campfire configuration. Along the way they furiously scrawl words on the set and stage surface, all of it a chalkboard surface, again, punctuataing the action with lines of Whitman’s poetry.

The whole thing is over in about 40 minutes, and the length and pace seems carefully judged; a sign of taste and discernment on the part of the company. In Whitman’s poetry, “Camerado” is his own term for friend, a play on “comrade”, and by quoting, “Camerado, I give me your hand”, as the title, the creators appear to be soliciting a warm relationship from their audience. It may seem incongruous given the intellectual, avant-garde tone of the presentation. The work is engaging in a limited way, but it never takes you in the loving embrace suggested by the title verse:

Camerado, I give you my hand!

I give you my love more precious than money,

I give you myself before preaching or law;

Will you give me yourself? will you come travel with me?

Shall we stick by each other as long as we live?

Still, this is a celebration of language, communicated with intellectual commitment, inventive stagecraft, and artistic integrity. The group, which includes Sabrina Spalding as Stage Manager, endeavors to frame Whitman’s words in a fresh manner in which they are still allowed to stand on their own. 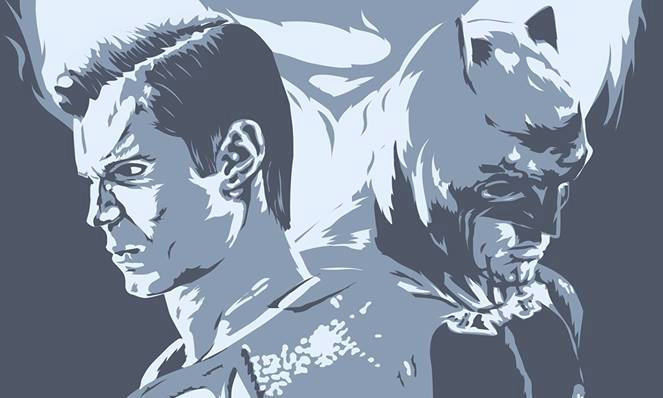 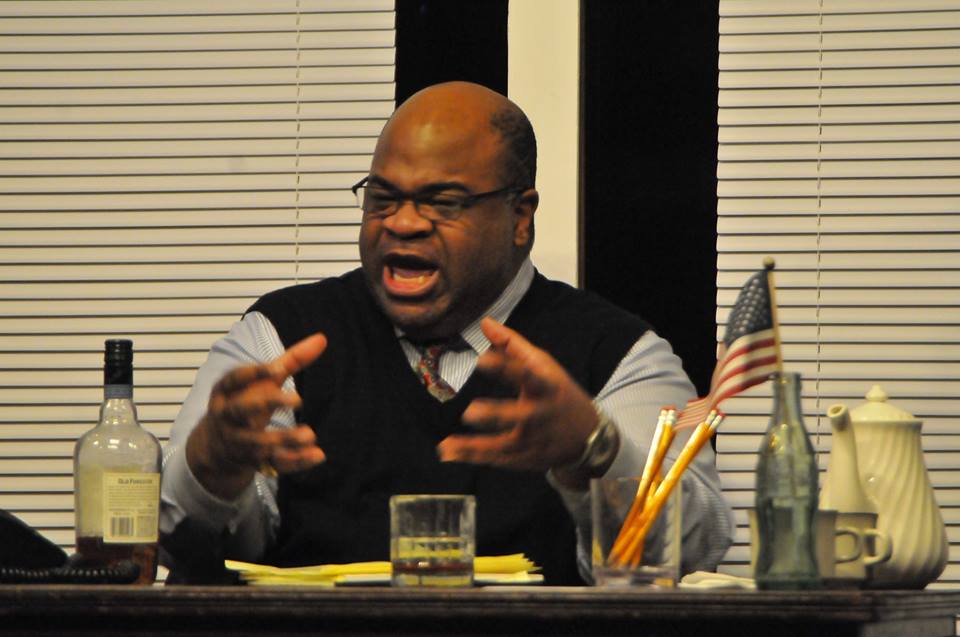