Failure: A Love Story is beautiful, tragic, heartbreaking and very funny. One of its strengths is the way that instances of mortality and cruel fate are couched in wry humor. That mix has been called “macabre”, but Gil Reyes’ production seems more humane and even, dare I say it, sentimental, than that word might suggest.

That places it in slightly new territory for Theatre [502]. The loose, communal, narrative structure is in line with the company’s taste in contemporary playwrights: Dawkins grants an unusual freedom in casting and assigning lines to actors, and Reyes worked outside of his comfort zone by specifically choosing actors who could bring more to the party than essay a character, a point highlighted in the program listings for the cast. Melinda Crecelius, for example, plays the Mother and one of the Chorus of narrators, but is identified as Assistant Director. That spirit of collaboration imbues the show with warmth and compassion that makes it unique in Theatre [502] history.

The story is of the Fail family, immigrants who land in turn-of-the-century Chicago. The family business, a clock shop, is central to their identity and time is one of the play’s key motifs: the keeping of it with mechanical timepieces and the harsh manner in which it disrupts lives. In a flurry of spoken exposition, the parents are quickly dispatched at the beginning and we are told that all three of their daughters, Jenny June (Victoria Reibel), Gerty (Tamara Dearing) and Nelly (Laura Ellis), will die within a year of each other.

Such early spoilers could rob the story of its impact, but once the scenario starts to take root, about 15 minutes into the 80-minute running time, the nostalgic tone of the production, artfully realized through songs of the period performed by the cast, and evocative costumes by Lindsay Chamberlin, forges an emotional connection with the audience that builds with subtle force through the understated climax. By the time the final, sweet and rueful line is uttered; it lands easily as a grace note on tale well told.

The cast works as a fluid ensemble, and Reyes never lets the small stage in The Baron’s Theatre feel cluttered or overcrowded, despite a cast of 8 moving around rustic set pieces. He deceptively expands the space beyond expectations and communicates narrative through impressive theatrical legerdemain including clever shadow play behind a scrim and puppetry.

Laura Ellis has the luck of the lines as Nelly, with every piece of dialogue ending on a sweet and funny note, but she also invests the character with gamine naiveté that is crucial to the emotional development of the piece. Tamara Dearing is also fine as Gerty, the Fail sister who seems most grounded and serious, and who hides her heart most assuredly. Victoria Reibel as Jenny June conjures up the memory of every heroine from the period who swam against the tide to make their mark in a world of men.

Interestingly, the final key to realizing the pain of grief and loss falls to two men, Bryce Wiebe as Mortimer Mortimer, the improbably named suitor to the Fail sisters, and Jon Patrick O’Brien as John N. Fail, the adopted son and brother. Both men bond in necessary, if unexpected ways, and the work of these two actors is finally what brings the play home.

Eli Keel, Jesse Alford, and Melinda Crecelius round out the ensemble, mostly as narrators and even the occasional animal or inanimate object. Mr. Keel has good fun as a gramophone, an example of the creative stagecraft that buoys the production and keeps the serious aspects of the play in balance.

Director Gil Reyes has made Failure: A Love Story the latest example of his sure hand as director. In an insightful discussion held after the Saturday evening performance (scheduled to be repeated this Saturday , Nov. 14), his comments reinforced the notion that this production represents something of a departure from his previous experience; an embrace of creative risk that we must believe is essential to a life devoted to art. This rejection of the impulse for settling is what makes Theatre [502] a company to which attention must always be paid. 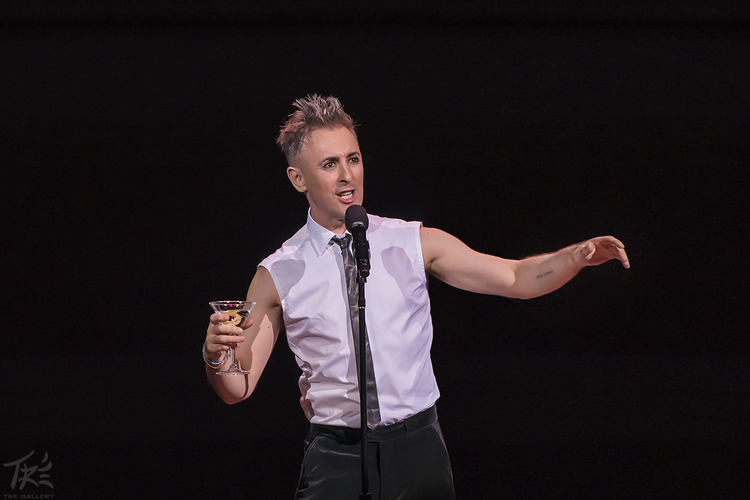