Well, before you know it, the holidays will be over and there will be a long stretch of winter to contend with. A new and unique partnership between the Kentucky Center Presents series and Kentucky Shakespeare is hoping to keep us out of the doldrums with a little mid-winter celebration. Shakespeare’s Twelfth Night was written to be performed as a Twelfth Night entertainment, so Matt Wallace, Kentucky Shakespeare’s producing artistic director, has planned an indoor production of the riotous comedy to run in The Kentucky Center’s Bomhard Theater during the actual Twelfth Night Festival in January.

Matt Wallace: This is the first indoor production Kentucky Shakespeare has ever done. It’s also our first ticketed Shakespeare production. We are very excited to partner with The Kentucky Center for the Performing Arts as we branch out into this new territory.

Scott Dowd: Tell me more about your partnership arrangement.

MW: It will be “Kentucky Center Presents: A Kentucky Shakespeare Production,” so we are producing the show. They have been a great help in providing resources and sharing costs, and we were also blessed that the Burton D. Morgan Foundation is sponsoring the production.

SD: That is fantastic!

MW: It is so generous. It lets Kentucky Shakespeare explore this opportunity, but I don’t have to worry about taking on something that might negatively impact our main mission.

SD: How important are the ticket sales?

MW: We need the ticket sales. The funds raised during the run of this production will go to support our Shakespeare Festival in Central Park free of charge. This is the oldest free Shakespeare Festival in the United States. It’s a Louisville tradition, and this venture into paid ticket sales is not something we want to ever do in the summer. But, if we can have an offering in the beautiful Bomhard Theater during this quieter time of year, we can use the proceeds for education programs and costs related to the free shows in the park.

SD: How much will you charge for tickets?

MW: Accessibility is important in our mission, so I want to be sure it is affordable. The cost is $20 for adults, $15 for students.

SD: The 2015 season was really big for Kentucky Shakespeare Festival. You had record turnouts!

MW: Over twenty-five thousand came out to the park this summer, even with the iffy weather. We served more than eighty thousand people in 2015, reaching every Louisville zip code and fifty-eight counties, which is a record for us! Our education outreach tour is the largest in the Commonwealth.

SD: How many students does that make?

SD: Most people don’t realize just how much Kentucky Shakespeare does in the “off” season.

MW: That’s probably right. We have a lot of people participating in individual programs, but they may not have a good sense of the aggregate impact on the community and the Commonwealth. We chose January for this partnership with The Kentucky Center because it is normally one of our slow times of the year.

SD: What are other programs you offer?

MW: This year we did candlelight readings at Locust Grove. We were at the ReSurfaced: A Pop-Up Plaza on Main. Last year we partnered with The Kentucky Center for the Dark Lady of the Sonnets radio show. In addition to the in-school work that we do, I’m really trying to get more visibility and demonstrate our relevance all during the year for the public.

SD: Why did you choose Twelfth Night for your winter production?

MW: Well, it’s one of Shakespeare’s most popular comedies, and it’s always a crowd pleaser. A colleague, Dr. Nick Walton from the Shakespeare Birthplace Trust, who was in town for an event, summed it up well when he said, “In Twelfth Night, it seems like Shakespeare was trying to show off everything he could do.” He’s right, of course. In Twelfth Night you have the mistaken identities, the cross-dressing, some of his greatest comedic characters, as well as profound depth and darkness. I chose this play first because it is my favorite comedy. Then, since we are opening on January fifth, the actual Twelfth Night, it was too perfect an opportunity to miss!

SD: What is the run for this show?

MW: January 5–10, the full week of the holiday. Seven shows—we open Tuesday night and run through Saturday night, with matinees on Saturday and Sunday. We did the reading last year of Dark Lady of the Sonnets radio show in that same slot and realized there is not much going on in the arts then and people are ready to get out of the house after the holidays. Twelfth Night is really the perfect post-holiday play because it is so much fun.

SD: People here are probably not familiar with the traditions of Twelfth Night.

MW: In Elizabethan and medieval times, Twelfth Night was a time of misrule and revelry on a scale with our modern Mardi Gras celebrations.

SD: I saw Twelfth Night a few years ago at the Rudyard Kipling with Greg and Abigail Maupin. It was brilliant.

MW: Yes, it was. Half of that cast will be in this production.

SD: You are working in Central Park now, but you have long history with The Kentucky Center for the Arts.

SD: Will being indoors change what you do?

MW: This will be a traditional Elizabethan production on a grand scale. I want to capture the essence of what we do in the park indoors, so the thrust will be up.

SD: That’s important because people might think you are going to do a nice “little” show in the Bomhard.

MW: This is not a one-night benefit or a concert reading. We will do this on a grand scale. As the official Shakespeare Festival of the Commonwealth, I want to present it in a way that befits this organization. The play will be performed as it was intended. Our beautiful set is on loan from Kentucky Opera, where it was used in a production of Romeo and Juliet. It was actually built by Mary Zoeller for the Bomhard.

SD: Who is on your design team?

MW: Donna Lawrence Downs, costumes; Theresa Baggin, lights; Laura Ellis, sound; and Jack Ashworth from UofL is the musical director. Jack is an expert in Renaissance music. There will be live music for the show: lute, violin and pipe trio.

SD: Music was a very important part of Shakespeare’s plays when they were originally produced.

MW: And Twelfth Night and The Tempest, which we did last year, are two of his most musical plays. Alec Volz is returning to play Feste the clown.

SD: Feste is the embodiment of that festival attitude you were talking about earlier and sings some important songs that give Twelfth Night emotional depth.

MW: Alec brings back not only his comic skills, but also his depth as an actor and director. He’s one of the Louisville Improvisers who gave us Late Night Shakes, the improvised Shakespeare play last summer.

SD: I loved that festival atmosphere. This indoor production really is an extension of that concept.

MW: Yes, we are actually kicking off our public season in January. After that, we will tour all eighteen Free Public Libraries in January and February with our two-actor Romeo and Juliet for young audiences. We have twenty-one area parks booked for our seven-actor version of Romeo and Juliet that we perform as Shakespeare in the Parks. We will be saturating the area with the hope people will come see the full production of Romeo and Juliet in Central Park.

SD: Is that the season opener?

MW: No, we open June 1 with Two Gentlemen of Verona, a comedy we haven’t performed since 1996. After that, Amy Attaway will direct A Winter’s Tale, which hasn’t been on our stage since 1989. We finish the mainstage productions with Romeo and Juliet. But our high school theatre troop, The Globe Players, will do As You Like It the next week. After that, Jewish Community Center’s Center Stage players will present our first musical—West Side Story.

SD: Are the shows at the libraries and parks open to everyone?

MW: You just show up. There is a schedule on our website at kyshakespeare.com. SD: Is this production in the Bomhard something you think will be ongoing?

MW: I would love that. I want to stay in the moment right now and see how it goes. I don’t want to get ahead of myself. I don’t ever want it to take the place of what we do in Central Park. But it is going to be fun to have the First Act with stage lighting. The seating will be slightly more comfortable—although our new benches are wonderful. But some of the amenities and technical things and the kinds of shows you can do indoors will be fun. I hope it will also introduce us to a new audience.

SD: A lot of outdoor dramas are hedging their bets with indoor alternatives. Is that something you might think about in the future?

MW: I know that some Shakespeare in the Park companies do; and audiences know that if it’s raining, they go to the indoor space. I’m torn. We lost only three performances this year; and with a ten-week season, I think we can afford to have a few rainouts. It just loses so much in the summer because we stage those plays to be outside with the trees. This summer we used the whole park, and I want to do more of that. That park is our set.

SD: The numbers speak for themselves—your instincts appear to be right on target.

MW: Looking at surveys from last summer, twenty-five percent of our visitors were first-time visitors. In many ways, I think this is just the beginning for the nation’s oldest free Shakespeare Festival, so I am excited about the future! 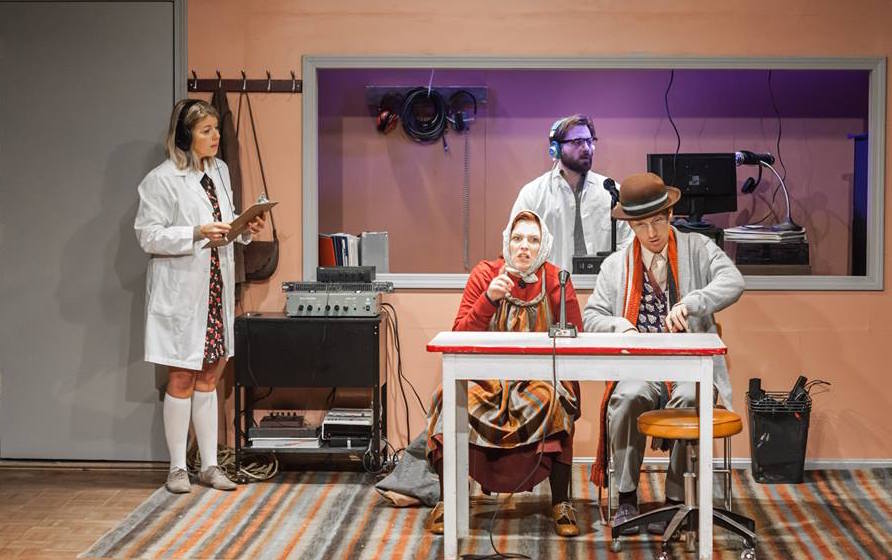 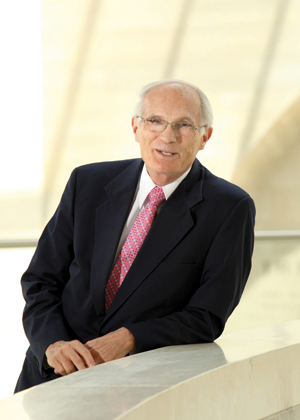