The company of 1776. Photo courtesy of Mind’s Eye Theatre Company

Mind’s Eye Theatre Company has set as their mission to produce classic plays and musicals with high entertainment value. It is a sound commercial formula, as evidenced by the sold out opening night for their production of 1776.

The musical, which tells of the debate, drafting, and adoption of the Declaration of Independence by the Continental Congress, certainly meets the standard for entertainment, with a fluid and memorable score, by Sherman Edwards, that knows when to get out of the way of Peter Stone’s impressive book,  considered by some to be among the finest ever written. It takes dramatic license with history, but no more than you would expect, and captures the spirit of the time by using the actual words of John Adams, Benjamin Franklin, and Thomas Jefferson to illustrate the greatness of ordinary men who became extraordinary through action.

1776 cannot help but be relevant in today’s political climate. The last 20 years have seen a great deal of rhetoric about the intention of the Founding Fathers, and the dialogue often resonates with a sure understanding of the conflict in American political philosophy that still rings true today, such as this exchange between Liberal John Hancock (John Youngblood) and Conservative John Dickinson (Brian Morris):

Hancock: Fortunately, there are not enough men of property in America to dictate policy.

Dickinson: Perhaps not, but don’t forget that most men with nothing would rather protect the possibility of becoming rich than face the reality of being poor.

Director Janet Morris and Producer Jeff Ketterman embrace the civics lesson with attention to detail both onstage and off, with nifty program notes that help inspire the audience. Not that the play needs any help in this area. It engenders a swell of patriotic pride without jingoism and shows the courage and honor of these men in balance with their all-too-human frailty.

Jeff Ketterman is a gruff and irascible John Adams, as stern and unyielding as the “obnoxious and disliked” champion of Independence needs to be, but then tender and swooning in the interludes with his wife Abigail (Jennifer Poliskie). These scenes are crucial in interjecting some modicum of the romance expected in a musical while also reinforcing the historical veracity of the story. The letters between John and Abigail Adams are one of the most famous long-term correspondences, and their duets here are among the most powerful love songs ever written. Ms. Poliskie does them full justice and makes sense of Mr. Adam’s ardor and devotion for his wife.

Richard Ray has played Franklin before, and he is very assured in his delivery of the various bon mots, but also nicely understates the more thoughtful sentiments:

Jeremy O’Brien makes for a fine Jefferson, but he is perhaps upstaged a bit by his brother Josh’s riotous portrayal of Richard Henry Lee, with the oversize comic number “The Lees of Old Virginia.” Another highlight is Carrie Cook Ketterman’s “He Plays The Violin,” a delirious, tongue-in-cheek waltz in which Martha Jefferson explains the key to the Jefferson’s happy marriage. If you only get to sing one song in a show, this is the kind of number you dream about, and Ms. Ketterman seems to be having a blast putting it over.

Brian Morris makes for a less arrogant John Dickinson than is perhaps called for, but explicates the intellectual underpinnings of the character’s conservative arguments with clarity. John C. Collins effectively mines the heartbreaking pathos of “Mama, Look Sharp,” and Greg Wood s Edward Rutledge brings fire and bite to ‘Molasses to Rum,” both essential moments where dramatic license allows explorations of the more somber truths of sacrifice and hypocrisy in the American character.

The remaining ensemble members acquit themselves admirably throughout, and the pacing and blocking were fairly clean and economical considering the size of the cast and how often the stage is filled with almost all of them. The set is an impressive but succinct replica of the Continental Congress, and the costumes underscore the characterizations: richer, more ornate for southern aristocrats such as Edward Rutledge, earthy, simpler tones for John Adams the lawyer/farmer.

A group of seven musicians under the direction of Doug Jones provide a worthwhile accompaniment, although there were some shaky moments with the trumpet and a few abrupt entry cues on opening night. But Mr. Jones’ harpsichord was just the right sound for this show.

In the play’s final scenes, the importance of Stone’s script is made clear in a finale without song. We know how this story ends, we know these men sign the Declaration, but sometimes the triumph of great theatre is to make the familiar have power again and again. Mind’s Eye Theatre Company gives us that power in this very satisfying production. 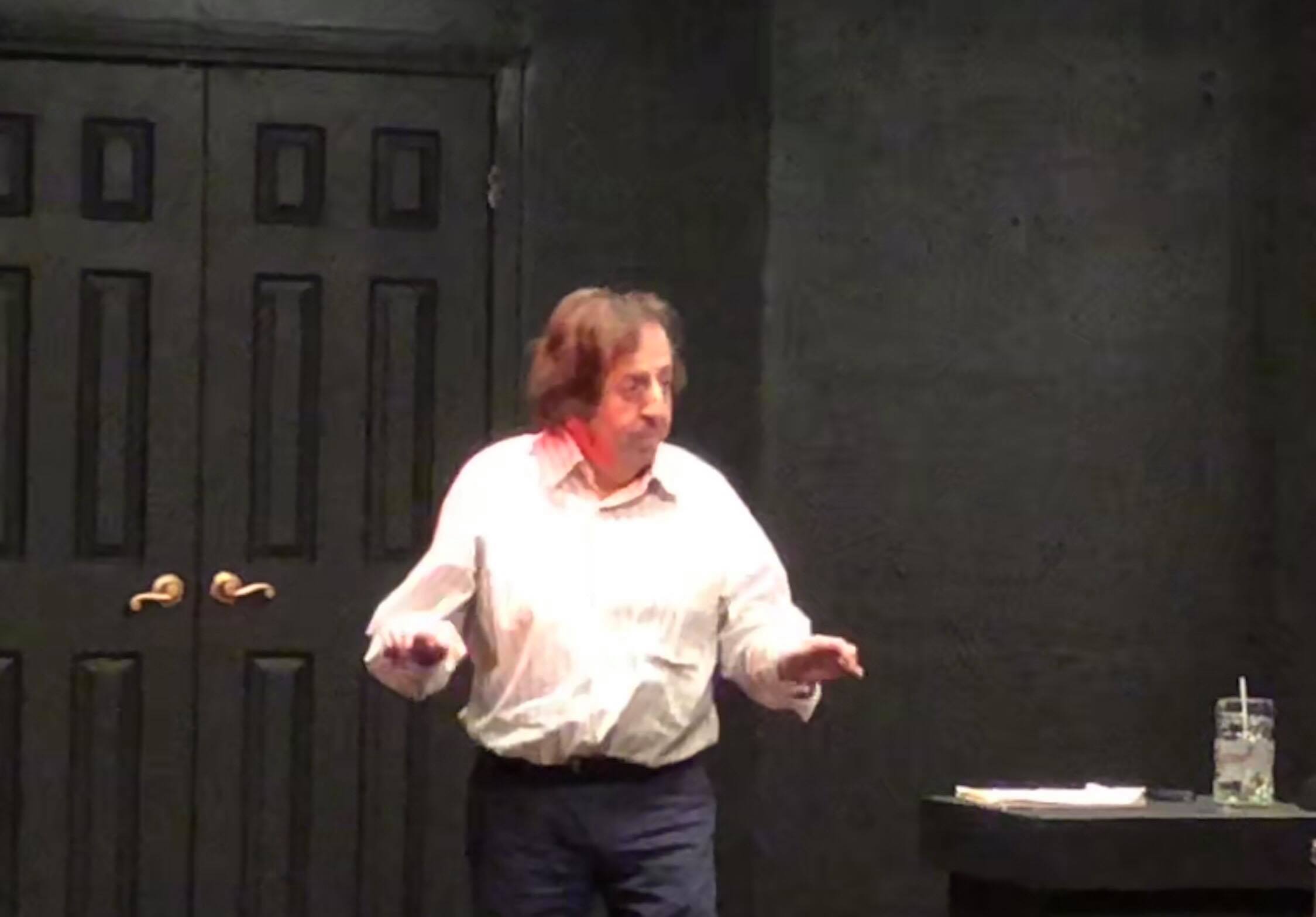 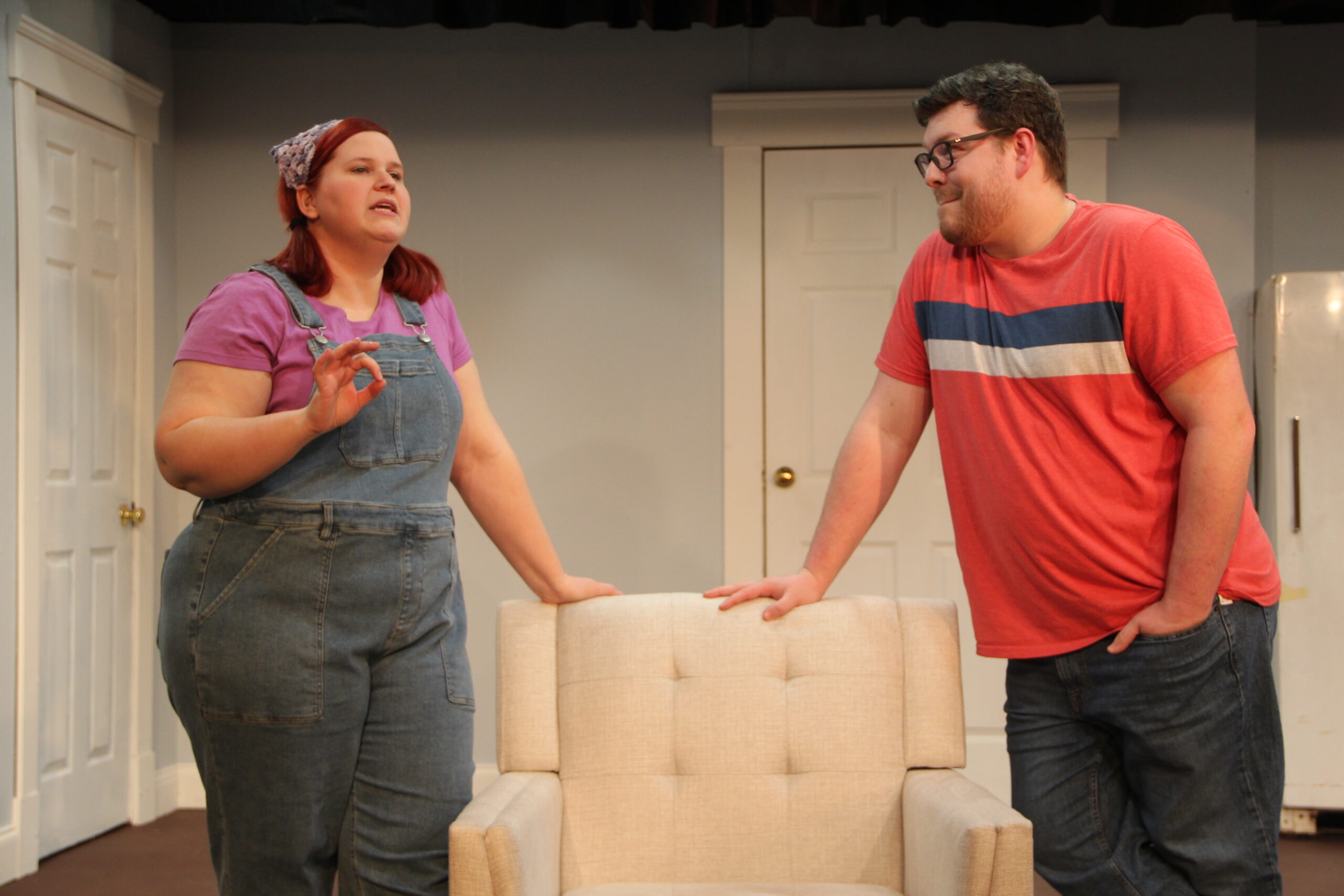