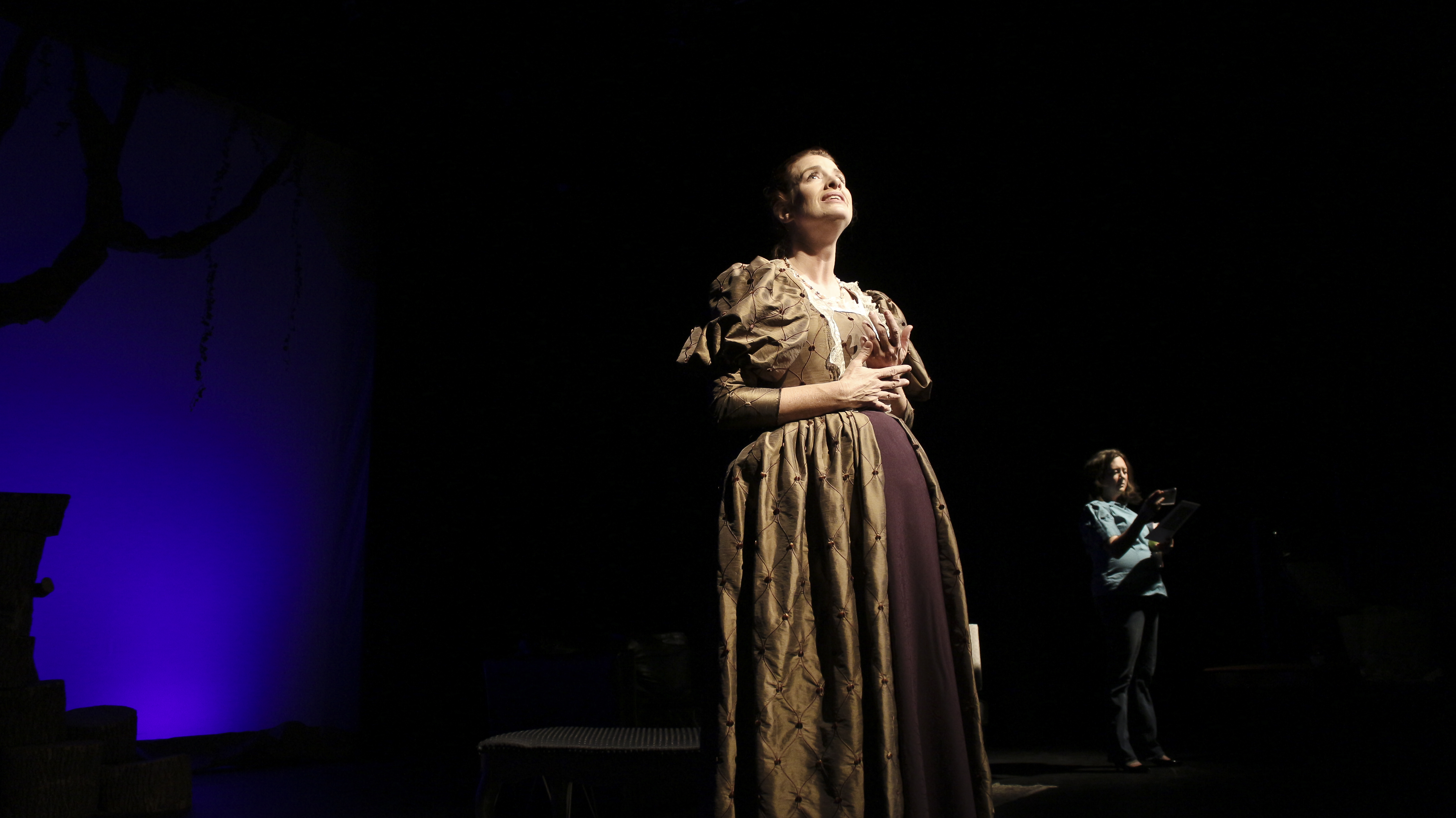 By Karen Zacarias
Directed by Kathi E. B. Ellis

If asked to name one woman scientist before the middle of the 20th century, it is likely that only one name comes to mind: Marie Curie; and I imagine most of us would be hard-pressed to name one since that time. In Legacy of Light, Karen Zacarias tells the story of Emilie du Châtelet (Karole Spangler), an 18th century French mathematician and physicist who counted among her lovers the great philosopher Voltaire (Clint Gill). It is a fascinating excavation of a little known episode from history that is a perfect fit for the Looking for Lilith mission.

The play alternates du Châtelet’s story with a fictional story about a modern day physicist, Dr. Olivia Hasting Brown (Shannon Wooley Allison), who has discovered the embryonic stages of a new planet, Vega-B. She and her husband, Peter (Michael Hutchins) have engaged a young woman, Millie (Trina Fisher) to be a surrogate mother so they can start a family.

A controversial pregnancy also factors into du Châtelet’s timeline, the father being M. Saint Lambert (Stephen Peterson), another of Emilie’s lovers. The fact that he is so much younger than Emilie – Voltaire refers to him derisively as “a puppy,” is one of the ways that Zacarias’ play is a feminist turnabout. Du Châtelet’s sexual appetite is easily accepted without judgment, a part of her ‘la passion pour la vie’.

The two narratives mirror each other with symmetry that does not feel overly schematic, providing a reciprocal flow of insight and build-up of theme accomplished with great assurance. Zacarias plays with our expectations in the plays final scenes, crossing her timeframes in a challenging fashion without any explanation, the one illogical choice, even if it nevertheless feels necessary to fulfill her narrative.

Legacy of Light feels the stage with characters defined first and foremost by their intellect, even if the power of their mind is sometimes in conflict with the demands of social convention. That intelligence is clearly expressed in the language, particularly in the scenes between Emilie and Voltaire, which are distinguished by rich, witty dialogue.

Karole Spangler’s regal bearing and heightened diction are a perfect realization of her character, and I would have to count this as her strongest work. She plays Emilie with a palpable relish for everything she represents. Clint Gill’s Voltaire is her match, and their exchanges are among the most pleasurable passages in the play. Both these two characters and the actor’s performances are the crucial foundation for our embrace of the play.

Trina Fisher’s ability to effectively portray both an18th-century French teenager and a contemporary 21-year-old expectant mother owes as much to the actor’s skill in capturing youthful spirit and emotionally resonant detail as her diminutive stature. Shannon Woolley Allison’s modern-day Olivia begins as an uber-confident professional, but moves with care into an equally vulnerable and insecure mother-to-be trying to break through her academic reserve to feel the reality of motherhood. As Peter, Michael Hutchins comes off as ineffectual at first, but comes into his own later, after he has also appeared as Emilie’s incredibly tolerant husband, M. du Châtelet. Stephen Peterson is fine as Saint Lambert, but he is even better as Millie’s brother, Lewis, an important aspect of the modern story’s resolution.

The scenic design (Jill Marie Schierbaum & Holly Stone) is spare but still manages to convey period and setting clearly, and the costumes (Lindsay Chamberlin & Typh Hainer Merwath) reinforce the cast’s good work by illuminating character, and there are some nifty projections and cool lighting design (John Newman) to tie things together and evocative music in the sound design (Paul T. Carney).

Legacy of Light celebrates the spark of intelligence and rediscovery of history, equating it with birth and new life in heady fashion that makes for theatre of deep and long-lasting resonance. It is Looking for Lilith at their best, and a worthy start to their 15th anniversary season. 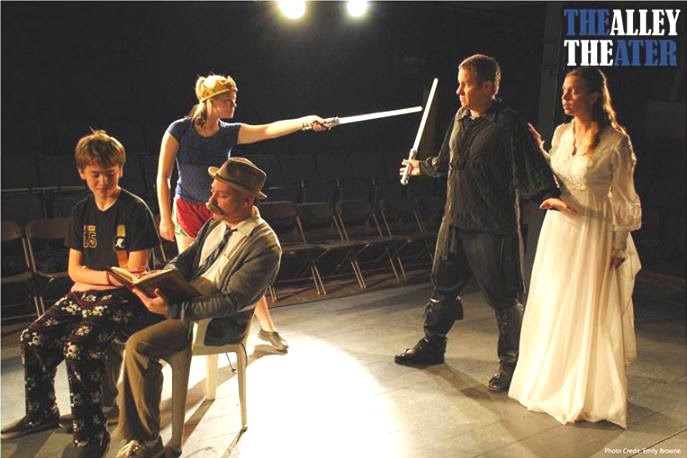 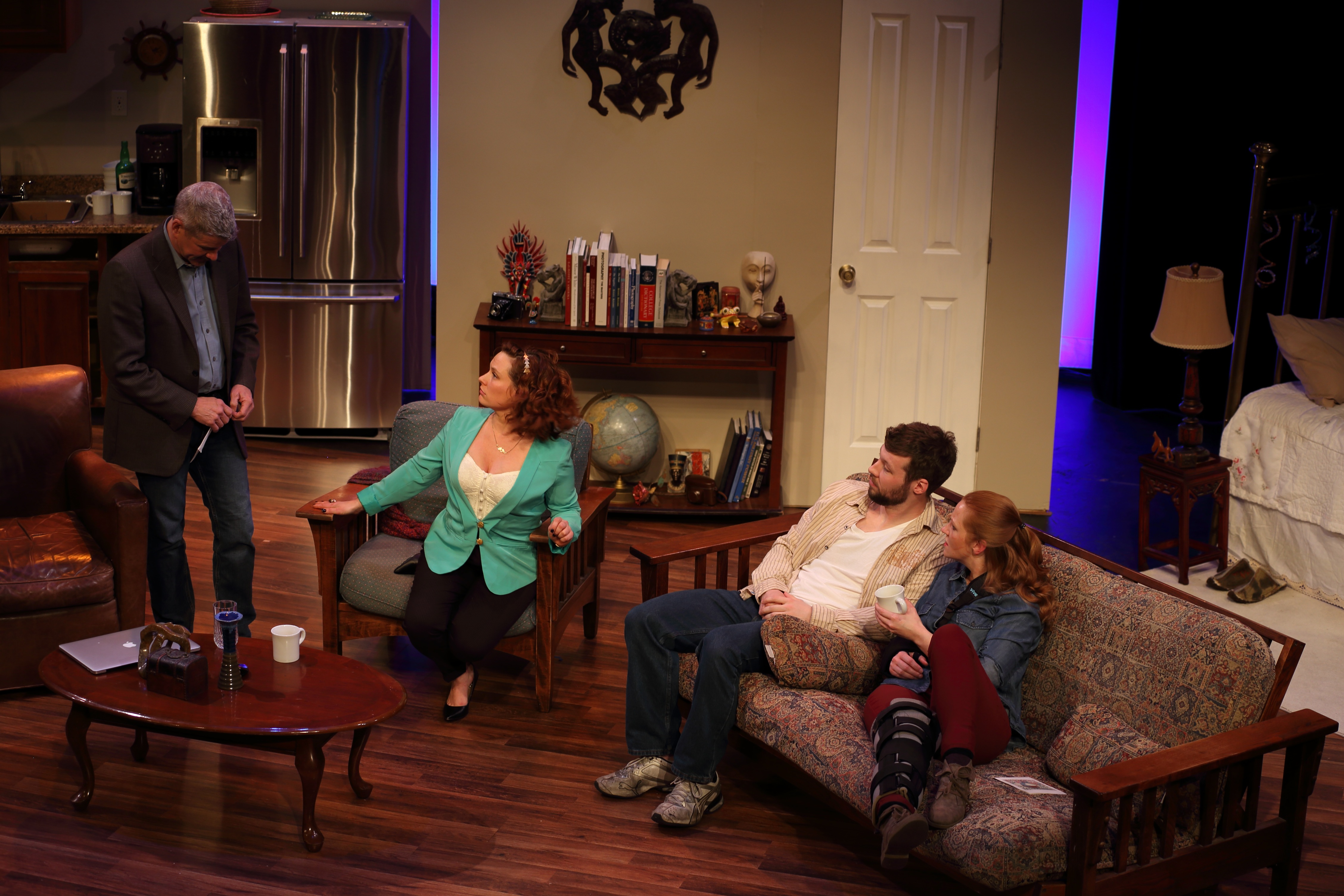 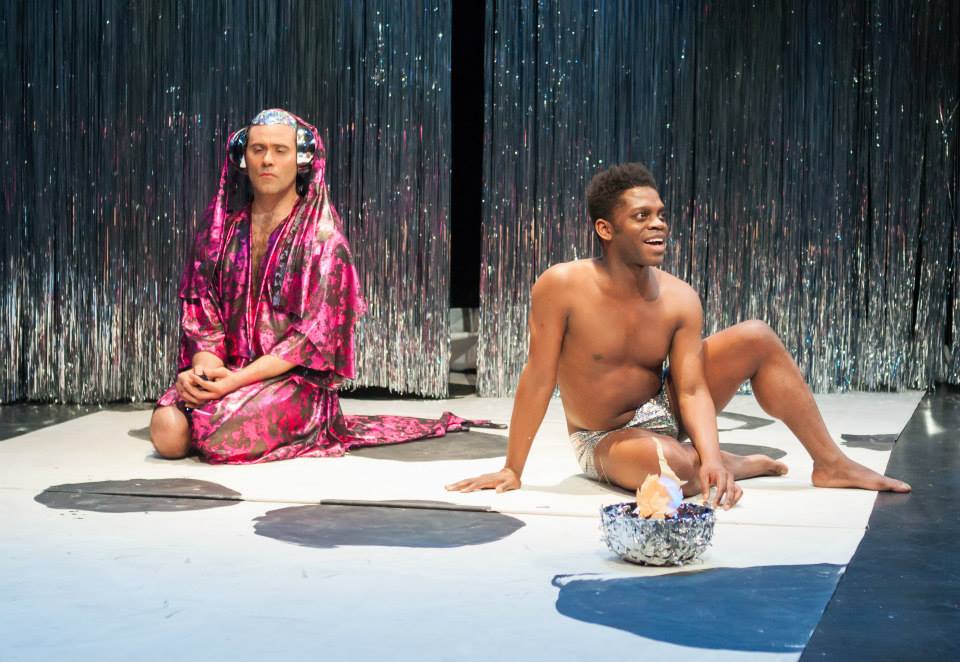