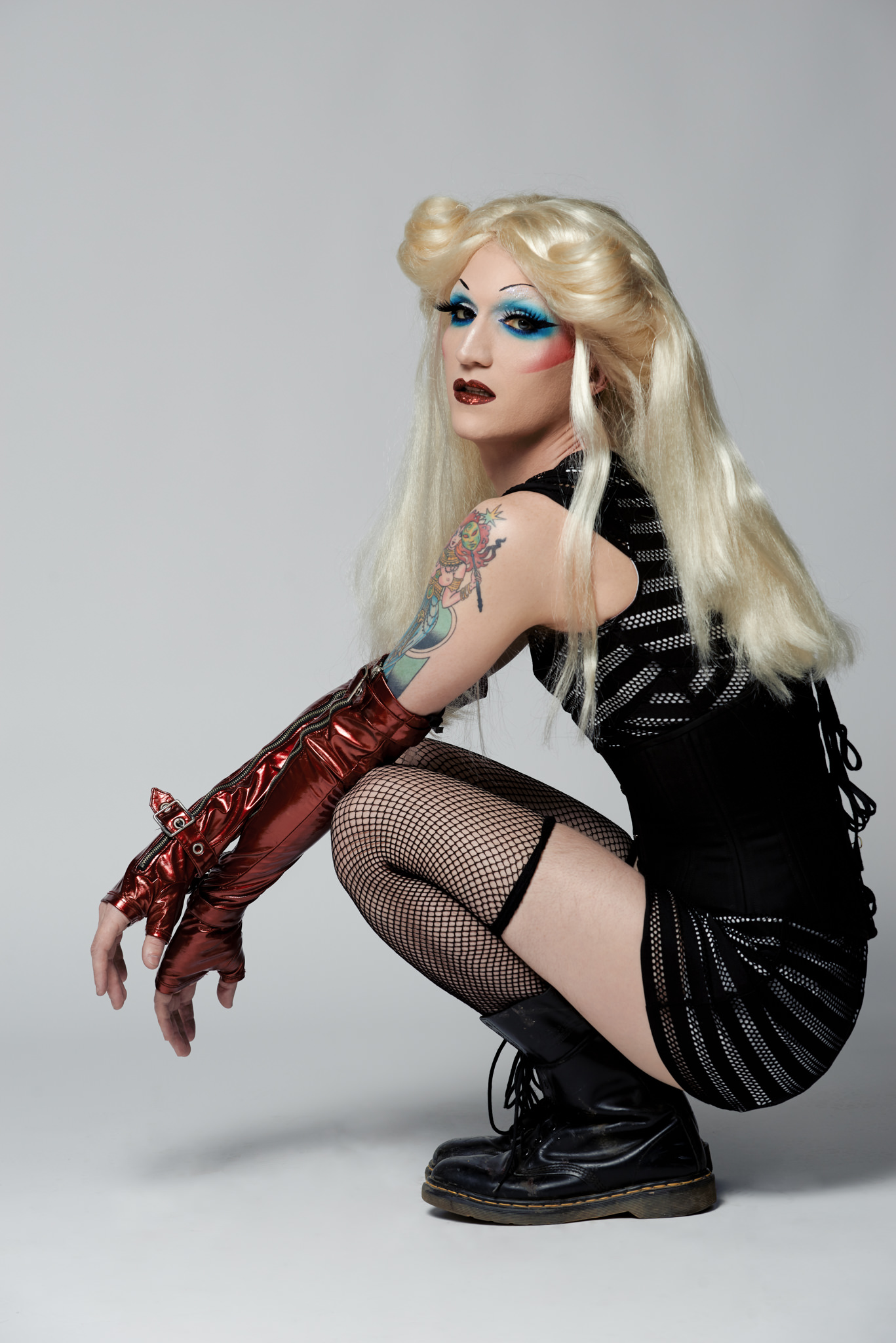 There is a lot of theatre opening in Louisville this weekend – nobody wants to run a show during the two weeks leading up to the Kentucky Derby, so there is a rush to put shows up immediately after, and Pandora Productions’ Hedwig and the Angry Inch is one of them. And, even though I haven’t seen the others yet, and to say this puts me out on a precipitous limb as a reviewer, Hedwig feels like the one that serious theatregoers cannot afford to miss. It was one of the most confident opening nights I have attended, almost entirely devoid of typical first night jitters and glitches, and features a top-notch band backing two performances that will be the talk of the town in the next few days.

Hedwig and the Angry Inch has enjoyed a particularly strong cult following since it opened Off-Broadway in1998, a subversive, under-the-radar play with music. A smash hit Broadway revival in 2014 that won several Tony Awards raised its profile in the popular culture slightly beyond under-appreciated gem.

There was a film as well, but I found it rather anemic in comparison to this new production. The play is essentially one long monologue from Hedwig, born Hansel in East Germany, telling the story of a life that brought him to Junction City, Kansas, fronting a band playing at the local Sizzler steakhouse. The journey is sad and tragic, full of heartbreak and loss, and the freak-show that is ‘Hedwig’ is pulled back to reveal the fundamental character of Hansel. I won’t say more because, if you don’t know the show, it is far better to discover it all for yourself.

John Cameron Mitchell, who wrote the book and first played the character, has explained that Hedwig is not a trans woman, but a ‘genderqueer’ character, and the gender fluidity is essential to the piece. This might signal it is not for everybody, but Hedwig’s look is so influenced by early 1970’s glam rock (David Bowie, Lou Reed, and Iggy Pop are name-checked in the script) and the music is so good, so perhaps theatricality is the spoonful of sugar that makes any discomfort go down easily. I don’t know…maybe it is the perfect show with which to enlighten closed minds, because once witnessed, can anyone deny this company their triumph, or not feel compassion for Hedwig?

Local theatre devotees know Neill Robertson, and there is no small amount of eager anticipation surrounding his being cast in the title role. We know his talent is impressive, so I cannot claim to be surprised at the power of his work here, but my thought watching the final, emotional naked moments of the performance was, there are no words that will do it justice, yet I have to now go home and write a review? Robertson’s total commitment and boundless energy match his reputation, and we have heard him sing well enough before, but he has fashioned heretofore unheard of depth and resonance in his voice, finding the guts required for the big rock numbers and delivering the ballads with exquisite emotional tenderness that fairly demands our sympathy. This Hedwig may be one for the ages.

As Yitzhak, Hedwig’s husband, Katherine Martin seems at first to occupy a back seat that underserves the show, for it seems crucial that Hedwig not be entirely alone onstage, and the band are also characters, but she needs someone to play off of. Martin realizes the character beautifully in a mostly passive stance in the first act, but the story eventually embraces Yitzhak fully, giving him a solo number (“Hedwig’s Lament”/”Exquisite Corpse”) and providing a passionate climax of revelation and reconciliation that is hard to shake. Make no mistake – Robertson’s Hedwig absolutely relies on Martin’s Yitzhak for its fullest impact.

Musical Director Michael Vettraino leads a top-drawer band that kicks ass in just the right measure, finding the perfect balance in volume and tone to not overwhelm the vocals or the audience. Hedwig is designed to be an entertaining rock show, but it also is emotionally complex and every word counts, and the musicians match each moment, finding their own subtleties. Thankfully, the talent of these musicians doesn’t reflect the questionable band I would imagine Hedwig might have pulled together in Junction City. Besides Vettraino himself, they are Teddy Stevens, Zack Kennedy, & Zach Groves. Last but not least, Katelyn Webb provided vocals that were as important as the two leads, especially a rendition of “I Will Always Love You” that is perfectly pitched for the comedic effect of the moment without sacrificing the songs’ integrity.

It is exactly that sort of careful judgment that makes this production rise from good to great, and director Michael J. Drury deserves credit for helping his hugely talented cast and crew reach that extra level of accomplishment. The design team of Jesse Alford (Lighting), Lindsay Chamberlain (costumes), Laura Ellis (sound) do exemplary work here, and Alfred Dale Jones, Jr. helps the show move with purpose with his choreography.

Not to be too preachy, but the importance of Hedwig and the Angry Inch at this moment in time cannot be overstated, for reasons that seem all too obvious. Live theatre this entertaining and emotionally satisfying is always welcome, and you will certainly have a roaring good time, but John Cameron Mitchell and composer Stephen Trask’s work has proven to more timeless and universal than even they might have imagined almost twenty years ago. Although Hedwig, a self-professed “freak,” exists within a subculture in the context of the play, and the gender-bending aspects may have still seemed radical and even subversive in 1998, her story now speaks to a more mainstream audience because of both recent progressive leaps and the reactionary conservative response that they prompted. 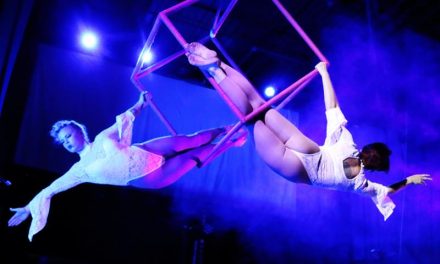 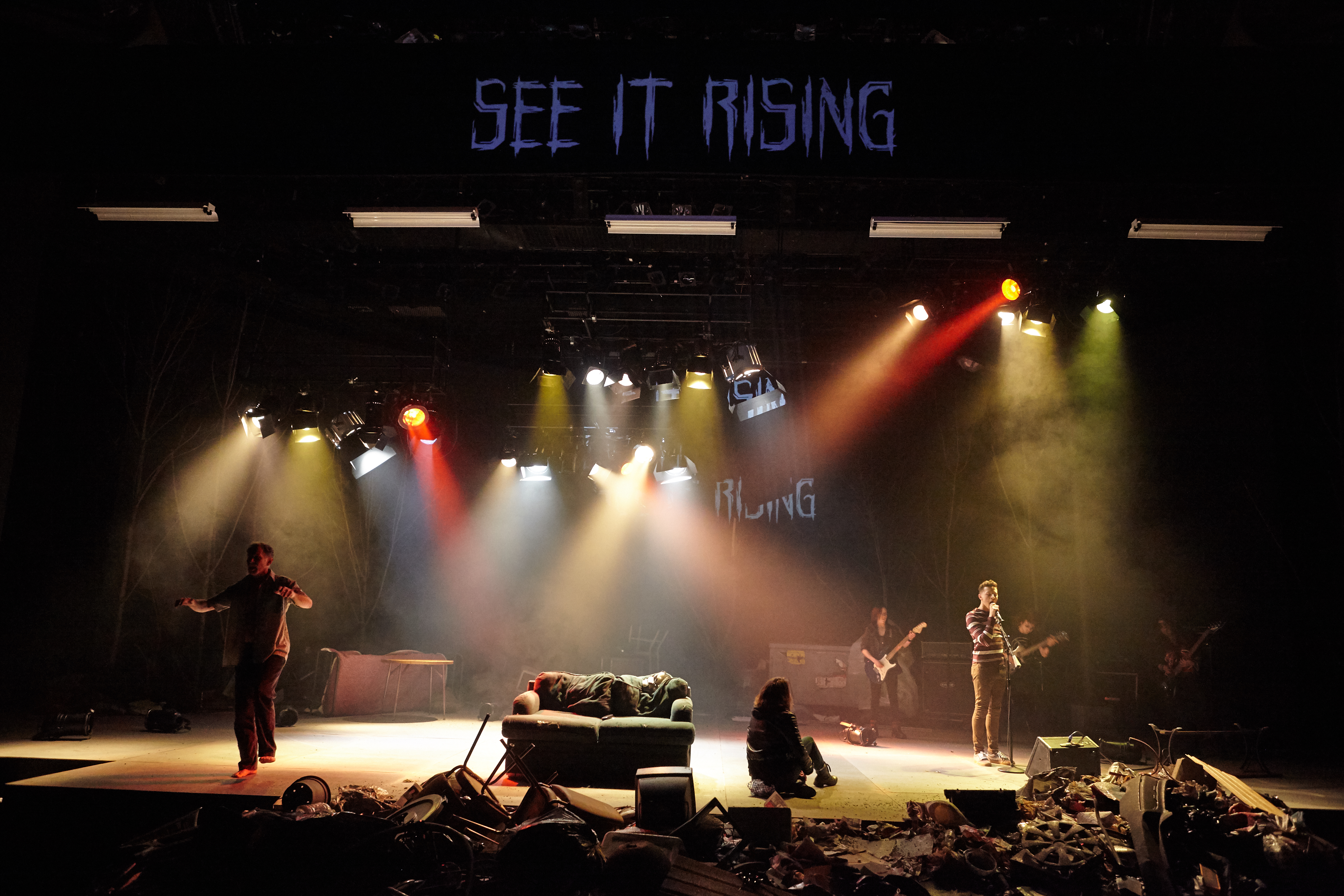 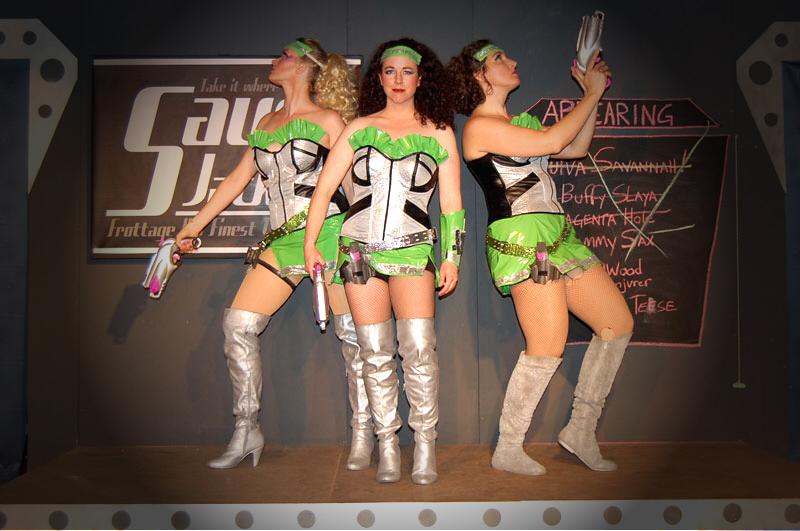 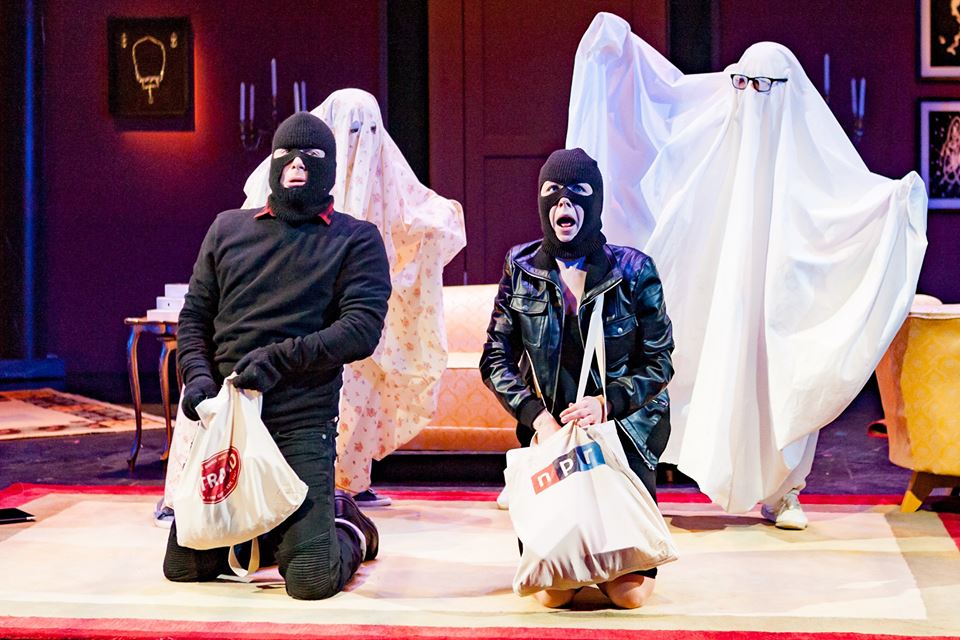