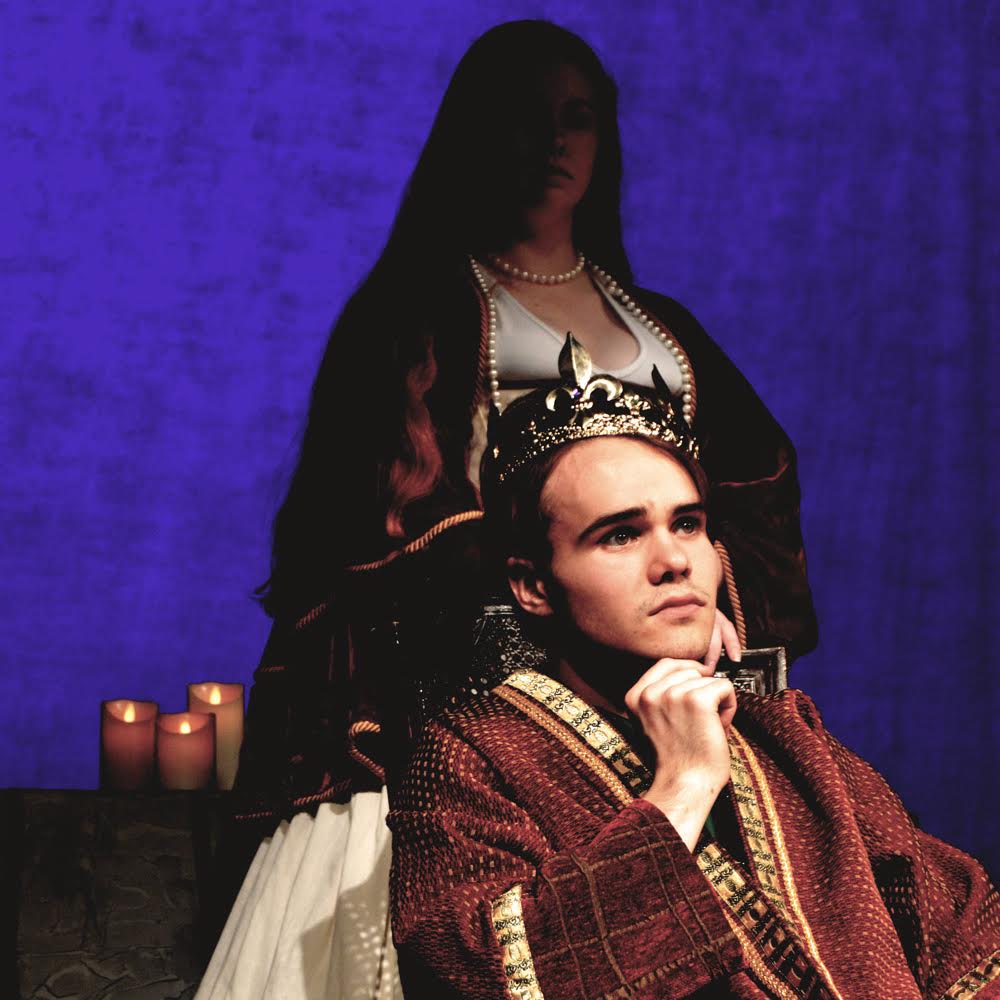 King John, part of the Commonwealth Theatre Center’s Young American Shakespeare Festival, is a part of the company completing the complete canon of Shakespeare’s plays – the first young conservatory in the world to do it. It’s a worthy goal and clearly one that staff and actors alike have taken to heart. When I first arrived, director Jennifer Pennington invited me and the other audience members to join the party. I entered the theater where the actors excitedly chatted with audience members about the play, danced, played music, and generally socialized. ‘Do you know anything about this play?’ one asked, and proceeded to explain the premise.

I admit it had been a while since I read King John, maybe in English class, and I expected it to be kind of dreary, but Pennington and her cast keep the play moving, picking up on some of the more absurd elements, emphasizing its humor, and then hitting us with the weight of its tragedy closer to the end. If you aren’t familiar with the story, it involves a dispute between King John of England (Kellen Murphy) and King Phillip of France (Alec Elmore), who believes his nephew Arthur (Laura Gibson) is the rightful heir to the English throne. What follows are King John’s subsequent schemes to further secure his hold on the throne.

The energy of the cast is so natural and charming; Murphy plays John with the right amount of charisma and arrogance and Chase Phillip as Phillip the Bastard even gets a laugh removing the head of the Austrian King. In general the cast displays strong physicality.

Clarity was at times an issue, but often this was only an issue during moments of great emotion or energy, as in the confrontation scenes between the warring countries, but these are the places where important plot points are set up and relationships established so they are significant. When John falls to the ground in great agony, it became hard to understand him. Baily Lomax as Constance gets this combination right by being more deliberate and slow in her description of losing Arthur, and I could hear Shakespeare’s poignant description of grief while still feeling the character’s pain.

Around the time that John demands Arthur’s death, the play becomes darker, like a fun party that starts to go sour late in the night. This descent is handled subtly by both the cast and director. There is actually a really beautiful death scene where Arthur jumps off the castle wall, weather a suicide or an attempted escape, I couldn’t tell, but he falls and is carried down by two actors as he mimes a slow motion fall; it was a really simple theatrical trick but effective and sad.