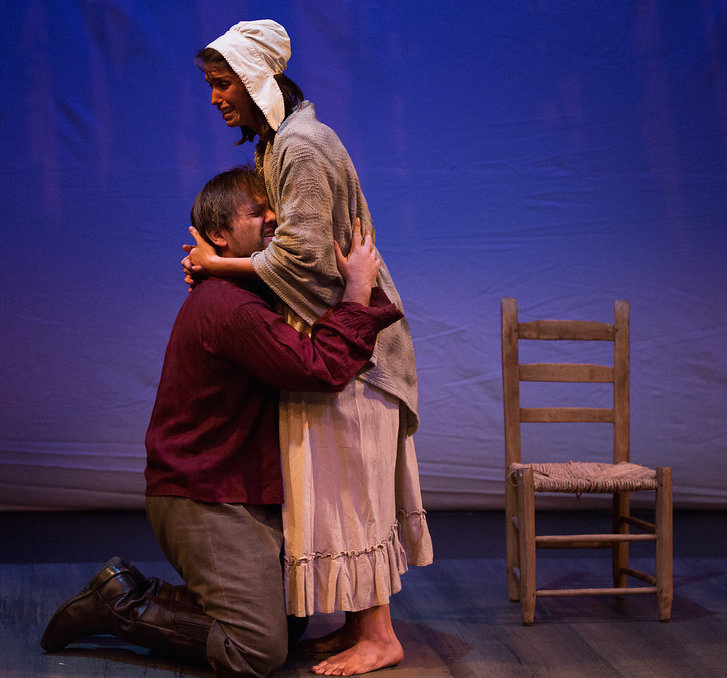 Arthur Miller’s The Crucible, written as a parable for a specific time, seems to strike such a deep and resonant chord that its themes are universal and always relevant. The historical setting is Salem, Massachusetts and the infamous 18th-century witch trials, but Miller had the 1947 House Un-American Activities Committee on his mind.

Which, I suppose, is very sad. We should hope for a world in which the self-righteous paranoia displayed here would have been replaced by progressive thinking, but Miller was obviously tapping into deep-set, inherent trends in American Democracy and Fundamentalist religion.

The story is drawn from history, a period of hysteria in which dozens of men and women were executed by hanging for being accused of witchcraft. Miller emphasizes that the accusations originate from young girls with motivations something less than pure, and the zealotry of the puritan judiciary reacts with a logic bent by arrogant righteousness. In possession of the truth, but compromised by his own transgressions, farmer John Proctor (Jonathan Patrick O’Brien) only gets involved when his devout and highly principled wife Elizabeth (Hallie Dizdarevic) stands accused.

When Governor Danforth (Charlie Sexton) arrives to hold court in act two, the reasoning behind his judgments is an indictment of self-serving, governmental bureaucracy. The frustration we feel watching the truth become devalued and subsumed is profound, reflecting the fetishistic trumpeting of “alternative facts” and “fake news” that obfuscates current social discourse.

At a preview before opening, the production seemed to be still finding its footing, and the early scenes, at times, felt a little stiff. Hallie Dizdarevic’s Elizabeth starts off so unyielding as to be off-putting, and Frances Rippy makes Abigail more calculating than is common, downplaying the carnal passion as motivation that is often emphasized. To see her manage Mary Warren’s (Brooklyn Durs) efforts to testify honestly in the court, cruelly drawing her back into the fold with arms opened wide, is a chilling reminder where the true power rests in the play.

But The Crucible’s emotional impact arrives on more personal and intimate terms. In the final scenes, the integrity and dedication of Jon and Elizabeth Proctor are put to the test when the stakes are highest, and, in the forceful and emotionally raw performances of O’Brien and Dizdarevic in these moments, the play realizes its potential as drama, achieving a direct, visceral connection with the audience. The characters are stripped down to their essential elements at this point and draw our empathy with power.

Among the supporting cast, Joseph Heberle distinguishes himself as Giles Corey, and Mitchell Martin captures the helplessness in Reverend Hale’s struggle to cope with the great injustice unfolding around him. Field Oldham adopts an unfortunately self-conscious growl as Judge Hawthorne, while Alec Elmore acquits himself admirably as Reverend Parris, the ineffectual local minister. Brooklyn Durs is memorable as Mary Warren, a crucial character.

The costumes, by Lauren Woods, effectively evoke the period but also seem to communicate a contemporary perspective. A stiff, formal profile is given to the magistrates and religious leaders, while Abigail’s blue-gray palette frame her cold, unforgiving manipulative character. John Proctor wears rich earth tones that speak to his common, unpretentious nature, but also remind us that virtue may be weighted by feet of clay.

In the end, even Danforth may question the tragic events and the numbers he has put to death, but he also expresses the natural tendency of self-righteous bureaucrats to protect their own reputations in the name of the state:

“Now hear me, and beguile yourselves no more. I will not receive a single plea for pardon or postponement. Them that will not confess will hang. Twelve are already executed; the names of these seven are given out, and the village expects to see them die this morning. Postponement now speaks a floundering on my part; reprieve or pardon must cast doubt upon the guilt of them that died till now.”

Righteousness is a path to grave injustice. Danforth’s power fails if he pardons or reprieves because it based on lies, and the prophetic aspect of Miller’s tale hits home in this moment in ways that are unmistakable to anyone in 2017. 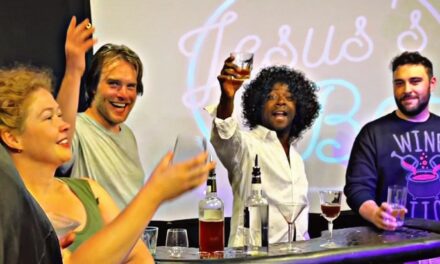 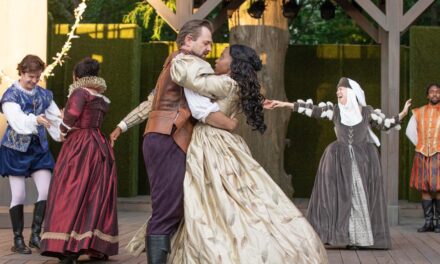 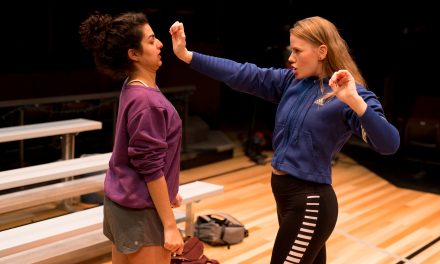