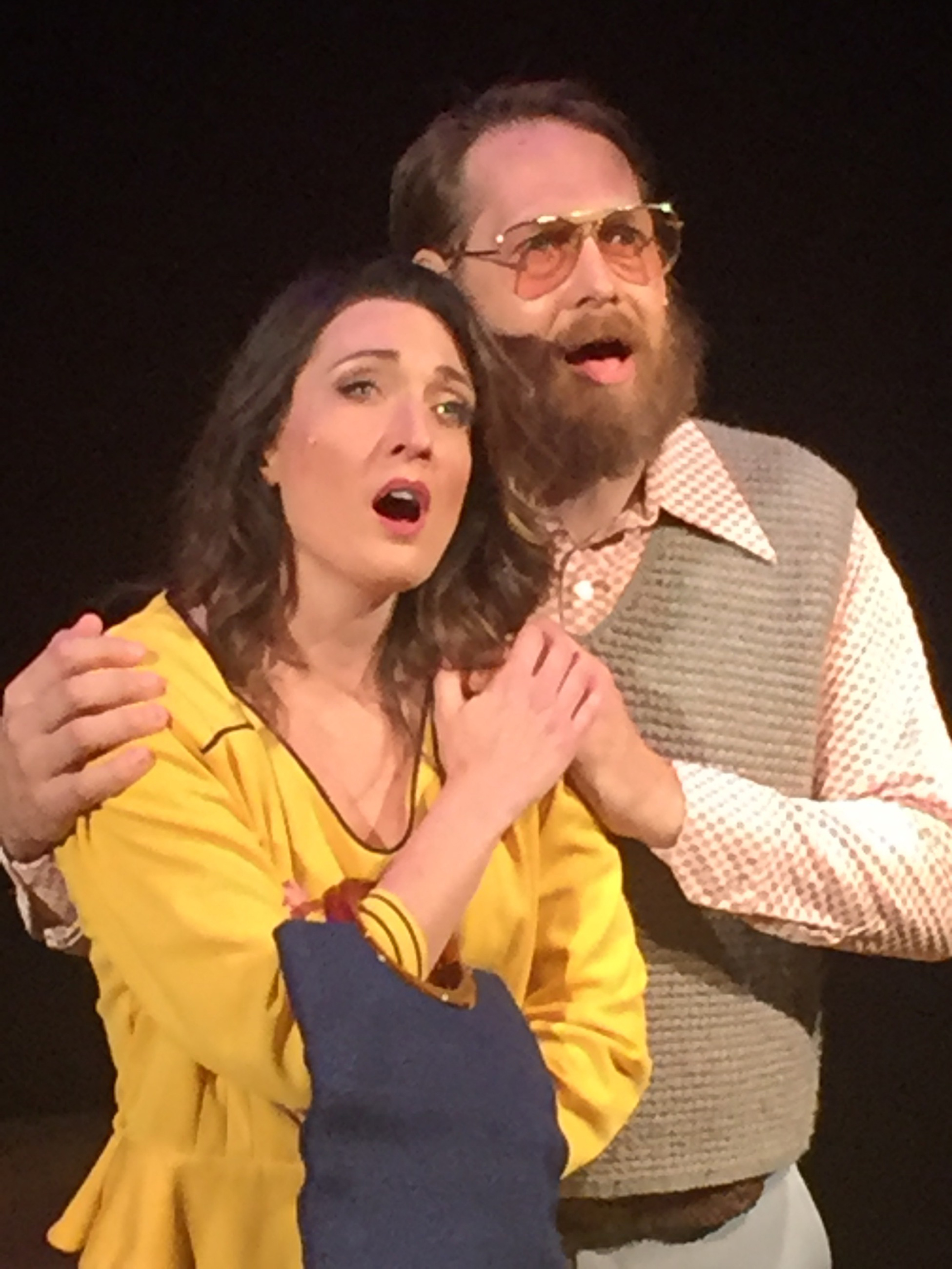 One of the many things that I admire about Michael Drury and Pandora Productions is that they are willing to take risks. They embrace plays and musicals that many other theaters are afraid to touch, maybe out of fear that their audiences won’t attend or that the pieces are too difficult for their core group of actors/performers. Luckily, Pandora has stepped up to the plate time and again to showcase works that may have been shuffled off to a no-man’s land in a dramaturg’s basement.

Honestly, Falsettos is not a long forgotten work, having won Tony Awards for Best Book of a Musical and Best Score in 1992, and having been reworked in an important, if brief, revival on Broadway in 2016, which was nominated for five Tony Awards, and was taped for broadcast on PBS.

It is a deceptively difficult musical that demands actors/performers with strong vocal prowess and a seasoned band. Mr. Drury did very well in assembling such a troupe of performers.

The musical is based upon two books, March of the Falsettos and Falsettoland. Act one begins its tale in 1979 in the office of psychiatrist Mendel (Ken Robinson). Mendel is treating Marvin (Alex Craig), a seemingly successful yuppie, with issues, who is having a crisis of family, obligation and love. Marvin is leaving his wife Trina (Lauren McCombs) and son Jason (Roman Tate) to begin a life with Whizzer (Andrew Newton). Trina isn’t fond of the changes (“I’m Breaking Down”) and goes to see Mendel, who instantly falls in love with her. Of course, this is theater and things move quickly. As Mendel, Trina and Jason become closer (“A Marriage Proposal”), Marvin has a problem with letting go of his once tight-knit family and the dynamic between them all changes, including a break-up with Whizzer (“Marvin Hits Trina”, “Father to Son”).

In Act Two it is 1981 and we are introduced to the lesbians next door: Cordella (Nicole Casteel), a stay at home chef and her partner Dr. Charlotte (Hannegan Roseberry), a medical doctor. Trina and Mendel are still together and it seems that a peaceful arrangement had been made as it concerns Jason, as the characters all seem to be a tight-knit family. At Jason’s baseball game, unbeknownst to Marvin, Whizzer attends, at Jason’s request. Fires re-light and Whizzer and Marvin reunite. In their home, Dr. Charlotte is reading the latest Medical Journal (“Something Bad is Happening”) and is worried about what she is reading and seeing at the hospital. During a blistering game of racquetball with Marvin, Whizzer collapses. While Whizzer is suffering from an unknown ailment, the family is planning Jason’s Bar Mitzvah. In the touching “Another Miracle of Judaism”, Jason’s wish is for Whizzer to not die. It is clear that Whizzer is fading, leaving him to reminisce and face his mortality (“You Got to Die Sometime”). Instead of cancelling the Bar Mitzvah the family holds it at Whizzer’s bedside. After the last Amen is said and everyone departs from the room, Marvin and Whizzer share their last tender moments (“What Would I Do?”).

I mentioned earlier that this piece is difficult to do. Almost the entire show is sung, save for a few spoken pieces here and there. So, that is a lot of songs to learn and Marvin and Mendel have the lion’s share of the vocal responsibility. Alex Craig and Ken Robinson took that charge and owned it. Mr. Craig, I enjoyed your range and Mr. Robinson I enjoyed your interpretation of the character Mendel. Mr. Newton’s Whizzer was equal parts barbed and heartbreaking – fitting for the role. Ms. Roseberry and Ms. Casteel, although you didn’t have a lot of time on stage, you added great depth to the storyline, not to mention…. you’ve got chops. Speaking of chops let’s talk about Lauren McCombs. I’ve enjoyed her work in and around the Louisville Theatrical community and was happy to see another side of her in Falsettos. Her “I’m Breaking Down” solo had the audience, me included, in stitches.

If you have not seen Roman Tate on stage, then get ready to know this young man, as he is a go-getting powerhouse. He has been seen in and around Louisville, sometimes with his sister Carmen, performing with the Fund for the Arts for their Capital Campaign and working with Derby Dinner Playhouse, among other engagements. Roman is developing a great instrument and his Jason was sincere and winning. It would not surprise me to see him on the Great White Way soon.

Veteran Musical Director Michael Vettraino scored (pun intended) when he assembled his band that included John Spencer (Synthesizer), Josh Bradley (Drums), Noah Reed (Woods/Winds), and John Austin Clark (Keyboard 1). All of these venerable and talented musicians added great accompaniment to a technically challenging musical. I don’t want to forget Alfred Jones, Jr. and his entertaining choices in choreography. Not too much, not too little.

The production team was on point as it pertained to staging (Ashley McKenzie/Racheal Luther), lighting (Jesse AlFord), and the groovy 20th century (Lindsay Chamberlin). I got a chuckle upon entering the theater and hearing Laura Ellis’ choice in sound design…classic AM radio.

You may have guessed that the main topic at hand was the AIDS outbreak. We, as a society, are still battling that giant and I know that one day it will be defeated. While that is a focus of Falsettos, there are other subplots such as what Michael Drury mentioned in his Director’s Notes and Curtain Speech, if I may paraphrase: “Falsettos was the first show that was produced under the Pandora Productions banner. It was very brave to mount a production of this show in 1995. Falsettos is about how we define family and we are learning how to be a family in a world where we begin to redefine that meaning.”

So, why did Pandora choose to produce Falsettos this fall? Quite simple… parallel politics and norms. Perhaps this could be the beginning of a transformation. 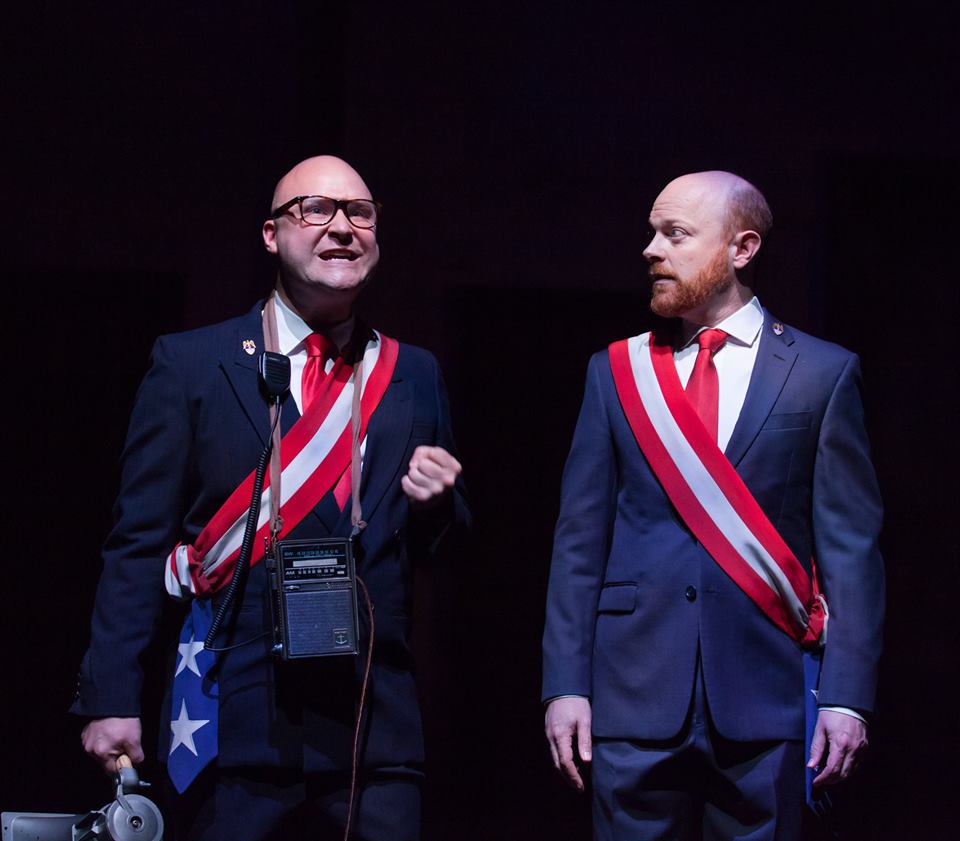 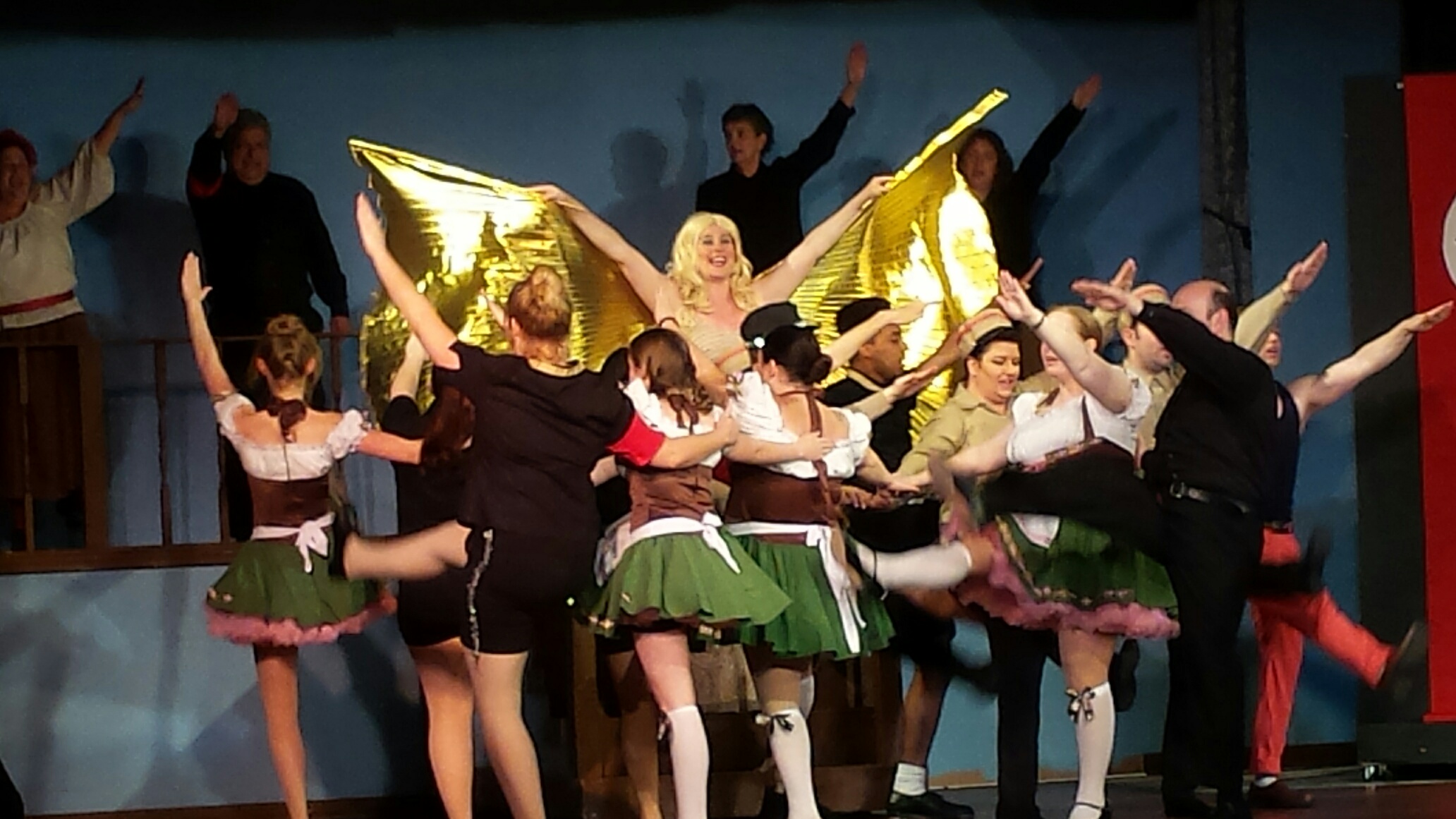 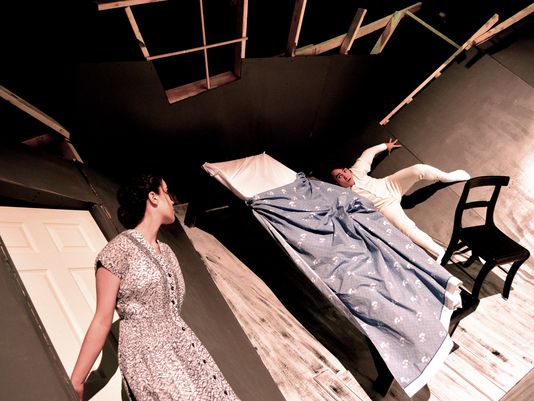 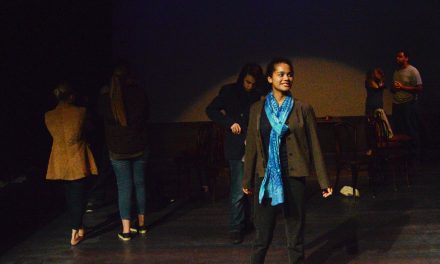